The Turkish Ministry of National Defense has vowed that it would continue its fights against Kurdish forces in northeastern Syria.

In a statement released on July 8, the ministry stressed that the Turkish military would not allow the People’s Protection Units and the Kurdistan Workers’ Party to establish a “terror corridor” in the region.

“Our fight against terrorism will continue resolutely until the security of our people and borders, as well as the peace and safety of our Syrian brothers, are ensured,” the ministry’s statement, that was shared on Twitter, reads.

In October last year, the Turkish military and its proxies launched “Operation Peace Spring” in northeastern Syria. Within a few weeks, a large strip of land between al-Hasakah and Raqqa was captured from the Syrian Democratic Forces (SDF).

The fighting came to an end when Ankara had reached two agreements on northeastern Syria with Russia and the U.S. The SDF was forced to withdrew 30 km away from Turkey’s border.

Recent reports claimed that Turkey was now planning to launch a new military operation in the northeast. This time the target  will supposedly be the towns of Kobane in the northeastern Aleppo and Ain Issa in northern Raqqa.

The Syrian Arab Army, which maintains a fairly large presence in the northeastern region, recently sent large reinforcements to Ain Issa . The army may be planning to support the SDF in the face of any new Turkish attack.

A new Turkish military operation in northeastern Syria will be a violation of the agreements with Russia and the U.S. However, Ankara has repeatedly proved that it was ready to take risks to expand its influence in Syria.

when it comes to the kurds, turkey and syria need to cooperate in order to bring them back into the fold and stop the disunited states of A’s meddling in Syria, which is at the behest of the criminal jews in palestine – get rid of the jews and the kurds will cease to be a problem.

Erdokhan looks like Polyphemus, after Ulysses has blinded him, furious he lashes out against all true or imaginary enemies, in the end against all and against Nobody aka Ulysses. 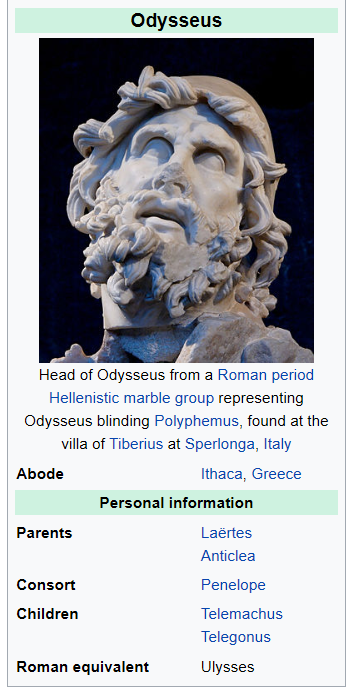 Sorry if I started with the names in Latin and not in Greek.

Not to worry, the Italians love to copy the Greeks since 3000 years ago.

I don’t think it concerns copying, before Christianity all peoples were permeable to each other, the Gods were respected and welcomed with benevolence, they were in my opinion much more civil and less presumptuous, even the Greek religions were formed in over time and through the influences of the various peoples that have followed each other since the Mycenaean and even more ancestral migrations.

It seemes somebdy has forgotten to give You about the many wars as well as fx slavery.

this is false—some cultures —many primitives were xenophobic and failed to incorporate art, philosophy etc into their cultures—some were excessively plastic and were absorbed–other retained their character and absorbed the best of other cultures—the anglosphere the most xenophobic, crippled by an impoverished language and philosophy

It wasnt like that. You ofte devellop and innovate by implenting the good parts.

So its very much vice versa.

WTF you on about you retarded halfwit ?

Have you ever opened a single book that is not p0rn or a comic book ?

Obviously Not.
Just STFU when all you know about anything is what google search tells you.
fkn retards everywhere!

People are not retarded just because they know much more about it, then You do.

I dont need google searh to see You are completly wrong about the relationships among greeks, romans and other living there in those days.

After that I might use googe search fx for year, who and sometimes why.

the only Danish philosopher of repute, Kierkegaard, wrote his doctoral dissertation about Plato

And also early Buddha sculptures are Greek in art origins in Kushana Empire….from the Ionian Greeks in Bactria sent there as exiles from Ionia by Darius the Persian and later encountered by Alexander. So Greek influence indirectly also as far as China with Buddhism and statuary early centuries AD. It would be great to excavate out there in northern Afghan.

this is a compliment—Russian culture derives, from Greeks, Persians and Chinese…aesthetic cultures should steal and borrow otherwise they devolve into xenophobic primitivism…even the Arabs derived much art, philosophy from Greece

Ulysses is the roman version of the name.

yeah thanks for the fresh news Einstein!

Well if Syria has so many soldiers in the North East why are they not attacking the Turks more? I believe the bulk of headchopper- killing is over, so the next move is to push the Turks out. That is of course unless Assad has been told that the partition of Syria will be permanent.

Assads hasnt many troops there. They have made defence lines, where Kurds cannot.

Pushing Turks out is a joke. Assads decide much less there, they You seemes to imagine.

There are several frontlines and defence zones runed by different soldiers groups.

Your version “Assad has been told this and that” is far out and not even related to, whats going on there.

Tempting to add the figtings among the Jihadists as well as 5.000 fresh Jihadists just has arrived from Libya.

If You go west to the Idlib area someone is supporting the semi-Isis there too.

Kurds will be the one who will destroy and rip turkey apart ;)