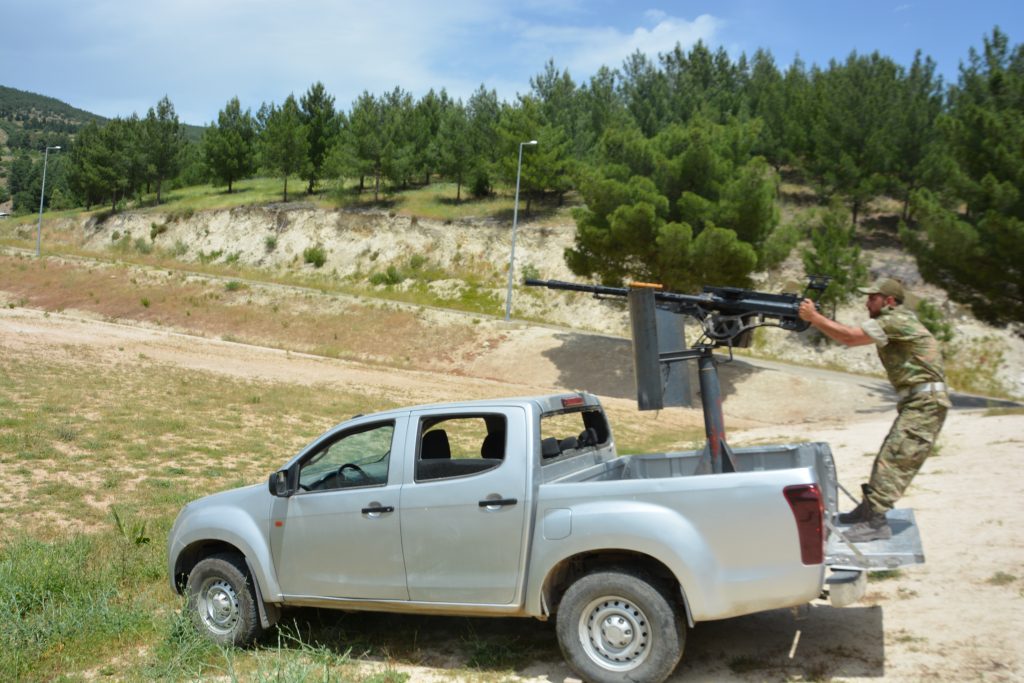 The Turkish military has been training groups of the Free Syrian Army (FSA) since the announcement of the end of Operation “Euphrates Shield” in March 2017, according to the Turkish pro-government “Anadolu Agency” media outlet.

According to the Turkish military source, the Turkish Army has established training camps in the border area in northern Syria.

“A new Free Syrian Army is being born there, and its new capabilities will emerge after training, in possible operations (in Syria),” said one Turkish official in the training area.

The Al-Qaeda-linked Hay’at Tahrir al-Sham (HTS), one of the strongest forces in Idlib city, accused Turkey of planning to launch a military operation against it in order to occupy the Idlib province.

Some experts believe that Turkish forces may enter Idlib only in the event of reaching an agreement with HTS or if Turkey is able to establish a large force from the FSA loyal to it and capable of fighting the HTS.

Erdogan is an idiot, So this is what he’s training (FSA cowards)? They should at least paint the vehicles light tan.

I think its better to let them fight against Nusra or the Kurds since it would mean more time for the SAA to gain more ground.

As Erdogan has said himself, Islam is Islam. At the moment of truth, Turkey and Nusra have some degree of understanding. Sure the loyalists lost North Aleppo to Turkey, but by all means continue to be passive and look away as Turkey is set to do the same in Idlib. I think that from his point of view, Erdogan is playing this rather well, and the loyalists AGAIN don’t seem to have an answer ready.

I wonder if its a weapon for food program …

“…physical training and training to use various types of weapons.” These are rookies then!

Unless the soldiers possess the will to fight and fighting spirit to fight for anything else then coin you’re only wasting good taxpayer’s money and instructor time. As it stands the FSA has not covered itself in glory during Euphrates Shield and if Crazy Erdogan thinks some additional training will be the magic bullet to transform them from rabble into an actual army he’s mistaken. Al Nusra has way more fighting spirit then the FSA. That’s why they’re the top dog in Idlib and other parts of Syria and the FSA exists as an alternative only in the mind of Western and Turkish politician looking for a socalled moderate alternative.

same thing with saudi army in yemen, they suck ass lol, but i wonder why does al nusra have more fighting spirit? what are they fighting for?

After the Erdogan purge of the Turkish armed forces, I don’t think the enemies of ISIS have much to fear from troops trained by the Turks.