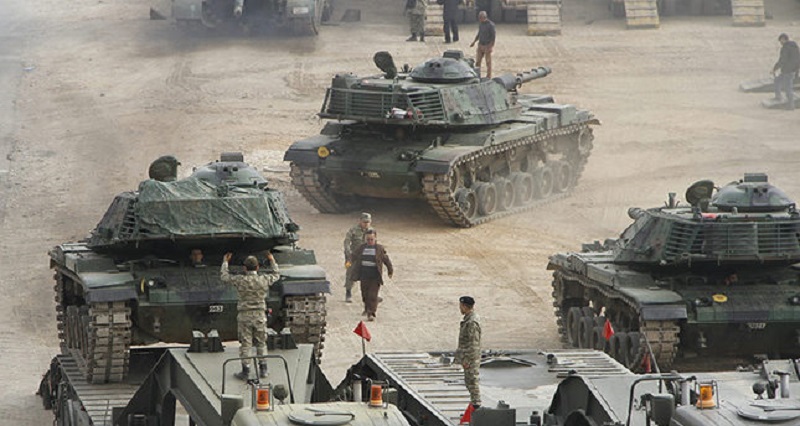 Iraqi Prime Minister Haider Al-Abadi announced on January 8 that Ankara and Baghdad had reached an agreement over an Iraqi demand that Turkish forces withdraw from the Bashiqa camp near the ISIS-held city Mosul in northern Iraq.

Iraqi state media did not provide further details about the agreement, but reports said Turkey had pledged to “respect the sovereignty of Iraq” and that both countries agreed not to interfere in each other’s domestic affairs.

In 2016, Turkey deployed about 500 troops to the Bashiqa camp near Mosul without an authorization from the Iraqi government, arguing that the move is aimed to prevent potential attacks by ISIS and the Kurdistan Workers’ Party (PKK) militant groups.

Baghdad has repeatedly urged Turkey to withdraw its forces since then.

Ankara declared withdraw from the Bashiqa, but did not specify date. Ankara “respect the sovereignty of Iraq”. However Ankara said: “Turkish troops will withdraw from Besiqa, after the end of the terorist activities at the area.

“UNAUTHORIZED” ? Bashiqa Camp was established with the invitation of the former Iraqi Goverment.

Now, the current goverment, who has thousands of foreign soldiers in their lands, is for some reason obsessed with the Bashiqa Camp.

Which is the same goverment, that can’t kick out ISIS and PKK terrorist organisations from its lands.

Of course our soldiers are not there to stay. That’s for sure. We will leave once ISIS, Sincar(PKK presence) and Qandil(PKK presence) is dealt with or under control by Iraqi Goverment.

THEATER – No ISIS in Mosul, only freedom loving iraqis. ISIS are part of the “US led coaitiion”, same as “shia” Tehran/Baghdad puppets, “sunni” treasonous Turkey SDF, Barzani and fake Putin. To what lengths the illuminati go serving fake rebels to the audience: why illuminati created ISIS in Syria: Tactic of creating fake rebels: “sunni rebels” of ISIS or Islamic State: goals – to stage the fake war “against” Assad; – to fight and discredit the real rebels in Syria and Iraq. illuminati-fake-wars.blogspot. — /2013/08/