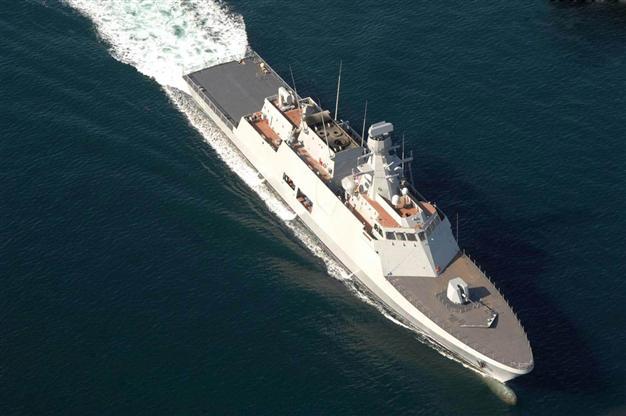 F-511 TCG Heybeliada, the lead ship of the MİLGEM project, near the Prince Islands to the southeast of Istanbul, 2011. DHA photo

Turkey has won a tender to build four corvettes for the Pakistan Navy, Turkish Defense Minister Nurettin Canikli said in a statement on July 5.

“It is [a] multi-billion dollar project and Turkey has undertaken such a sophisticated project for the first time in the international arena. Negotiations were going on for over six months. They have been completed after a really difficult and exhaustive period, and the agreement was signed today,” Canikli said during an official visit to Montenegro.

The defense minister described the deal as “the largest single export in the history of Turkish defense industry”.

Turkey and Pakistan signed a goodwill agreement for the construction of four Turkish Ada class (also known as MİLGEM) corvettes in 2015. Under this agreement, two corvettes will be built in Istanbul and two others in Pakistan’s Karachi. The Pakistan Navy will receive two corvettes in 2023 and two more in 2024. The agreements includes sharing engineering information and training engineers.

In May 2018, Turkey and Pakistan signed a dea for the sale of 30 Turkish TAI/AgustaWestland T129 ATAK multi-role and all-weather attack helicopters.

The both deals show the ongoing expansion of the Turkish military industrial complex indicating the growing influence of the country on the global market.

me fuck you to magot

Wow! A triggered Erdoganite. What a surprise!