The Turkish Ministry of National Defence announced that soon it will hold large-scale naval exercises off the Libyan coast.

According to the released statement, the drills will be called “Naftex” and take place off the Libyan coast in three different regions: Barbaros, Turgutreis and Chaka Bey. Ankara claimed that they will involve 17 warplanes and eight ships in order to: “Prove Turkey’s ability to control the region by air and sea.”

The drills are apparently designed to prepare the navy forces for a potential war in the east of the Mediterranean.

The announcement came a few days after the visit of Admiral Adnan Ozbal, commander of the Turkish Naval Forces, to the Libyan capital of Tripoli whre the Turkish military delegation hold talks with the leadership of the pro-Turkish Government of National Accord.

The exercises are also seen as a response to the recent series of airstrikes that hit the Turkish-operated airbase in Libya. The responsibility for the airstrikes were taken by the Libyan National Army, which controls the east of the country. Nonetheless, pro-Turkish sources blame Egypt and the UAE.

in case of war between turk and egypt..syrian should take advantage of chaos at that time to liberate more

Large naval exercises from Turkey means 99.9% probably not even showing up…ahahahha we know that in Greece..every time Turkey makes a NAVTEX we get the pop corn.

Well it is always interesting to see how MM38/AM39 Exocets work.

Turkey will defend its right to exist no matter what. Everyone including Russia should understand this simple reality and fact. Turkish maritime economic zone (MEZ) is legal by international standards and conform to UN rules. I would be extremely surprised that the powers in the region will openly attack Turkish vessels let alone by a direct attack using weak countries like Greece or Egypt. It will possibly be cover-up operations like in Libya attacking Turkish interests via planes with no markings or sabotaging facilities or using Wagner type mercenaries to create havoc. Turkey’s reply will be asymmetrical as well. Turkey has quite a bit of leverage against Russia and others, in the Black Sea, in Ukraine, in muslim republics of Russia, Syria, Iraq,Libya, Turkish gas stream, Nato etc. etc. Countries hostile to Turkey shall think twice before making a move.

I think it is more a case of European Union members and powers (France, Germany, Italy and Greece) that are more ragged off with Turkish actions surrounding Libya, than the Russians.

Russia has its own geo-strategic interests in the region. Russia particularly is not that happy with the gas reserves under the eastern Med sea for a simple reason that it does not want competition to Russian gas transported to EU. That is why they are trying to have a strong foothold in the region, like Syria and Libya. With the vacuum left from the declining US hegemony, all players are in the field to fill up the gap. Turkey’s interest clashes with Russians and for a very good reason. If Turkey extracts gas from the med sea, it will save around 60 billion dollars of expense that Turkey is paying to Russia every year for gas purchase. This fact alone makes Russia highly nervous, let alone the impact on the gas transports to Europe via North and South streams. Iran’s siding with the Turks is directly connected to the gas and oil wars as well. As you know Iran is a big oil and gas exporter like Russia. We will see more of the proxy war between Turkey and Russia in the coming months and years, until two great regional powers settle somewhere in the middle I guess.

Fair analysis. I’d say however that French, Italian, Greek and Egyptian interests are more impacted however with western Libya attempting to become a quasi Turkish protectorate.

The French and Italian energy interests in particular would be susceptible to Turkish political and military projection there.

Answer to first question… Through proxies… Yes.
Second… In Syria the Russians and Turks already jointly patrol together.
Third… The Washington/London partnership is on a 737 Max style plummet.

Except Russia is not a regional power.
Russia is a strong world power that the West cannot defeat. Not even on a good day. Remember Russia is debt free, with substantial reserves, and doesn’t answer to The City of London.
The NATO countries, do, and Turkey doesn’t have the wherewithal to be waging war.

You are a delusional idiot. Of course Russia is a regional power but nothing more. A superpower needs a super economy, currency as reserve,cultural influence plus the population to go with it. Russia has an economy of the size of NY state only. It’s economy is mostly based on oil and gas like Saudi Arabia, it is a big gas station if you will. Thanks to Soviet Union it has a military industry and 6 thousand nuclear war heads. This makes one a super military but not a super world power. Regarding if Russia gets its order from City of London, I would tell you that Russia is a capitalist oligarchy (definition of a Russian well known political scientist whose name I can not recall). 80% of the Russian oligarchy is dual citizen Jewish. Mr. Putin is primarily working for the interest of the Jewish cabal. That is why he didn’t say anything when 15 service members of the Russian military was shot down by Israel last year. That is why he walked the march of the Immortal in Moscow with Mr. Netanyahu last year. Russian government is a Zionist Occupied Government (ZOG). So now take a hike and get lost.

I did not state superpower. I said strong world power. Russia is that, and has proven time, and again their economy supports superpower status, any time it chooses. US military cannot defeat Russia. Period.
US has also not won a war since since 1945, and that was against Japan. Russia won the European theatre for the allies. US is such a badass superpower. Syria, and it’s allies have already defeated US Coalition in the Middle East, and is more than halfway to whuppin’ the Coalition’s ass again. This time your superpower has some really pissed off allies it expects to back the superpower up. How do you think that’s going to go, Zionist ?
You’re by far the most pitiful troll I’ve ever encountered. Your ad hominem is poor, a sad example.
Alright you’ve proven to me you’re an idiot troll being ridiculously overpaid by the Zionist Khazar pretenders. You should be returning many Shekels to your masters. Did they tell you that you’d be one of the 500 million genetically altered goyim left alive to serve, and amuse the arrogant sociopaths ? They lied, you showed them how easily you sold out humanity to serve them, and hate you more than they do Russia, and Iran. (Persia) To the Banking Cabal, you’re just another less than useful idiot.
So, how many secret societies are you a member of ? Beginning with Freemasons…

Turkey has no leverage against Russia, it’s the other way round. I think you’re a bit confused, Russia is not a Muslim Republic.
What in Hell is “Turkish gas stream” ? There’s Turkstream a recently completed gas pipeline from Russia to Turkey which is one of products Turkey is dependent upon trade with Russia for. Tourism is another, and food items another. You may recall Russia’s response to Turkey foolishly shooting down an Su-24, a chopper, and killing several Russian soldiers. Putin placed a couple sanctions against Turkey.
Six weeks, and Erdogan was back in the Kremlin, on his knees begging Putin to relent.
Turkey is a NATO country, and as far as Iraq, Iran, Syria, are concerned all are Russian allies. US military cannot defeat Iran in conventional war, Turkey has less chance, Iran is a strong regional power, and long, long time ally of Russia. Syria is too. Your comment is the narrative of a troll, a confused troll.

Delusional, ignorant idiot. Of course Turkey has a great leverage against Russia. Let Turkey close the Dardanels and I will see what the fuck Russia will do? Turkey can help Ukraine proactively to create trouble for Russia. Or Turkey can stir up the muslim sentiment in Russia to cause even more headache. Personally I prefer peace and trade between Russia and Turkey. I don’t see why both countries (two regional powers) should get into trouble. On contrary I prefer that Russia and Turkey work together for mutual interest. However Russia is run by the zionist oligarcy and Kremlin seems to be taken hostage by Israel. That is why Russia won’t act independently in the region but for the interest of Israel. Syria bombings by Israel at will proves this. Russia intervened in Syria mostly to keep an eye on Iran which is Israel’s biggest enemy. Putin and Netanyahu are best of friends (Mr. Putin being the slave in the master-slave relationship I’m afraid).

Putin has already stated that it’s a very simple matter to open the Dardenelles, should Turkey close it. Two nukes.
It’s you that’s delusional, and living in the days of USSR. There’s not word in your comment that’s not a lie, parroted from Western military propaganda.
I think I’ve a few more hours research into this subject.
Do you not know that 17 US Government alphabet agencies spent years, using the unlimited resources available to them, and some of the best investigators in the world to find evidence to back up your parroted allegations. Found nothing in 3 complete investigations. You’re a God damned fool, a pitiful troll.

Where did you see that Turkey is legal and confort to UN rules.
To my opinion Turkey goes everywere to grap anything even if belongs to other countries using there military power for exaple Lebya, Aegian sea, Syria, Katar.
Every international laws (UN), that are not according to Turkeys expansion idealism is not signed, for example the 12miles sea shelf.

So…have they found those 2 submarines they lost the other day ?
hahahahahaha

Proven to be fake news. Read this. https://www.eg24.news/2020/06/two-submarines-are-missing-for-turkey-on-average-what-is-the-truth-of-the-matter.html 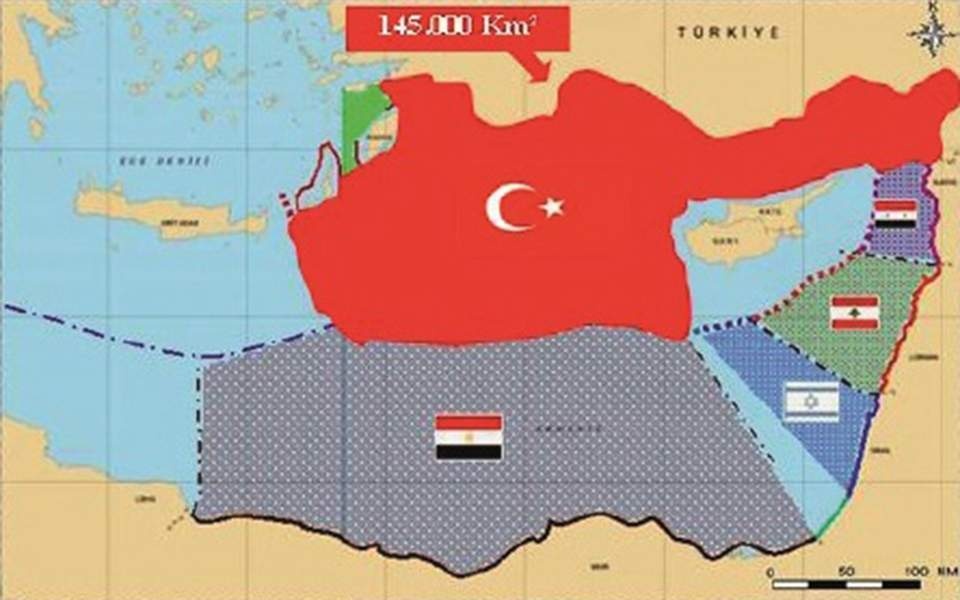 hahaha You silly kebap with your funny dreams !
Its a done deal retaaaard, game over for turkisis in Libya and the East Mediteranean Sea (AKA Greco-Egyptian Sea)
hahahahaha
[Imgur] 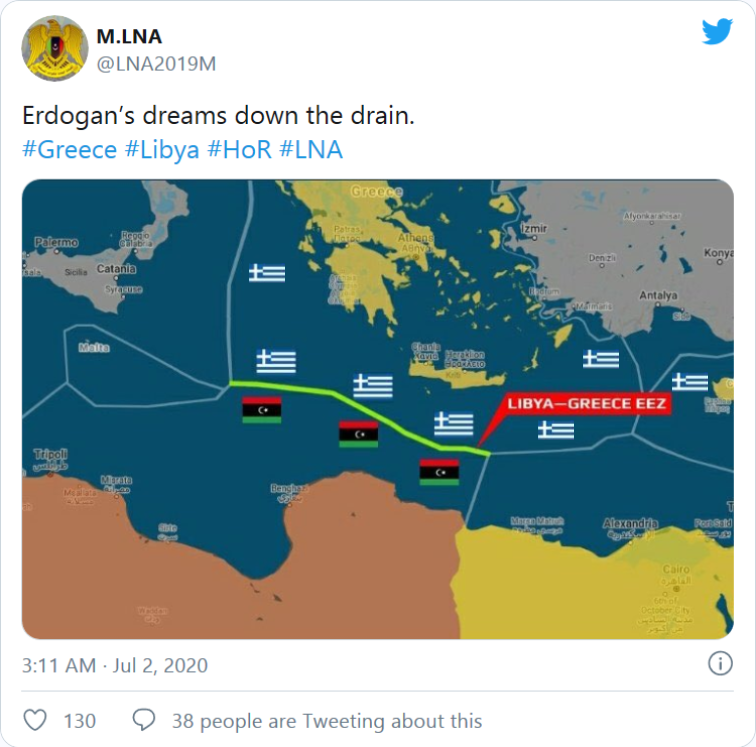 Is there any Sea in Mongolia ? Maybe a big lake or something ?

Turkish actor Can Yaman shows “finger” to Greeks from the Acropolis 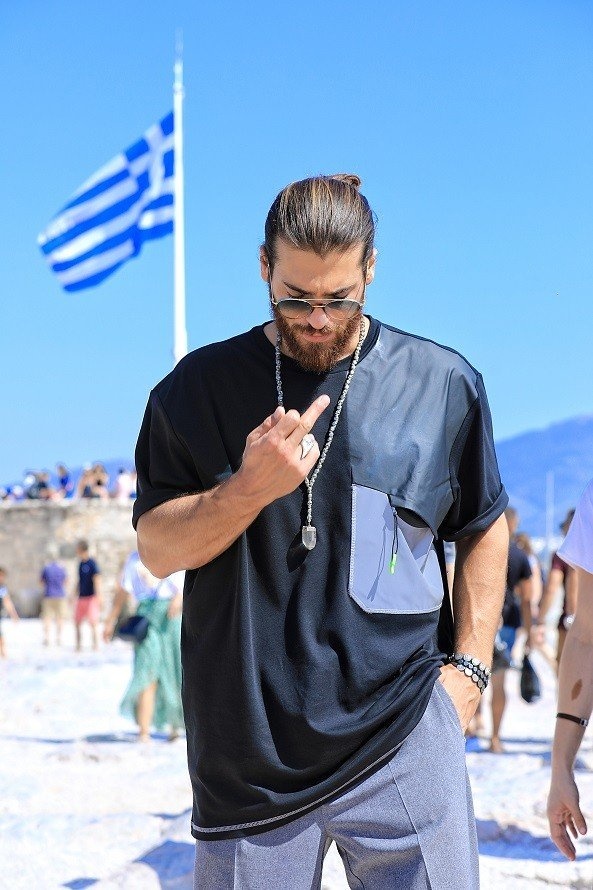 Wrong, he just stuck it in his own ass and he is smelling it !