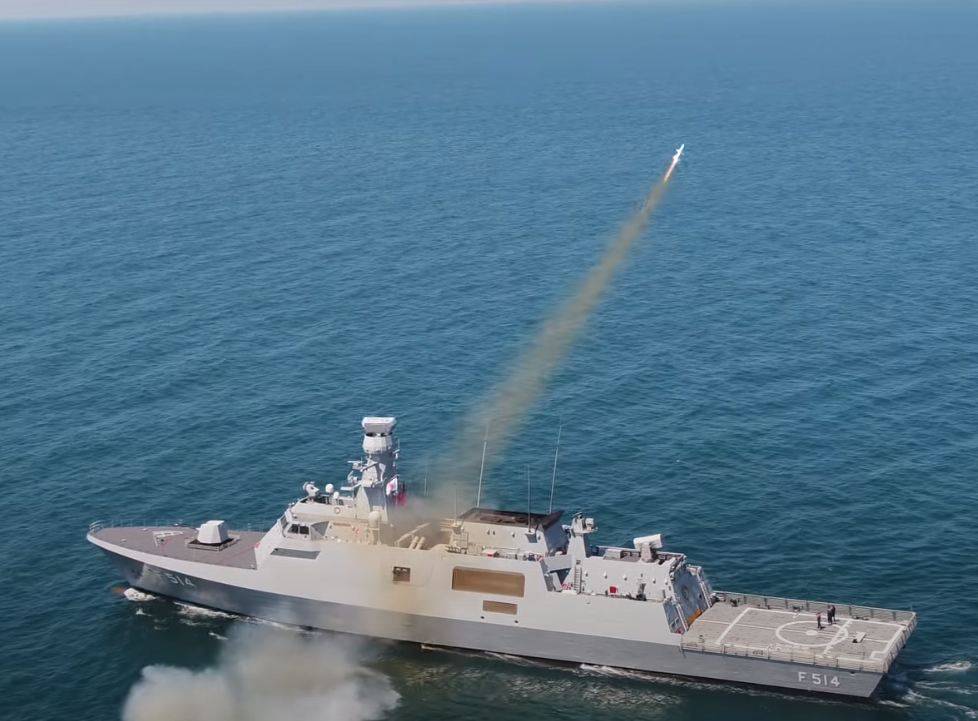 “The steel sword of our Blue Homeland, ATMACA anti-ship missile hit the target (a real ship target for the first time) with pinpoint accuracy in the last test-firing conducted before it enters the service today.”

“This is a critical milestone for the Turkish Armed Forces. Within this project’s scope, Turkey had the ability to produce its own anti-ship missiles and use them on all its platforms. Mass production activities continue. The first products are being prepared for delivery to our armed forces. Within this year, Atmaca missiles will enter service and fitted to our ships.”

Another piece of equipment that was tested was an unmanned surface vehicle (USV), the ULAQ.

The ULAQ was positioned approximately 5-6 km from the target ship. It monitored and recorded the moment the missile impacted the target and the explosion from a close distance.

Due to the safety measures, no friendly surface units enter the danger area determined around the target ship in live guided missile firing exercises. In this type of live-firing event, there is a slight possibility that the guided-missile could head towards a friendly unit. In May 2020, the Moudge-class frigate IRIS Jamaran of the Iranian Navy launched a C-802 Noor missile which hit Hendijan-class general-purpose vessel IRIS Konarak accidentally during a live-fire exercise, killing 19 people.

ULAQ is unmanned and small, so there is no risk of being hit by the missile or the risk of human loss. So it provided quality records of firing for future analyses.

The Atmaca will replace Turkey’s existing inventory of Harpoon missiles gradually. The program began in 2009 to meet surface-to-surface cruise missile requirements of the Turkish Naval Forces. The prime contractor, Roketsan, started the design studies in September 2012.

The first ship-launched test was conducted by TCG Kinaliada on 03 November 2019. After several test firings in different scenarios, including GPS-free firing and operating in a tense electronic warfare environment, the missile passed all the tests and became ready for mass production.

The missile features its global positioning system (GPS), inertial navigation system, barometric altimeter, and radar altimeter to navigate towards its target, while its active radar seeker pinpoints the target with high precision. Its data link provides ATMACA with 3D mission planning, updating targets, reattacking, and terminating the mission. The missile is super sea-skimming as it approaches the target.

The Turkish navy’s inventory currently has the U.S.-made Harpoon anti-ship missile. They are expected to be replaced by the Atmaca, which boasts superior features.

Wow. I am impressed buy stupidity of Turkey Government, Instead to revitalise the economy they are investing in millions upon millions on building weapons,while their economy is collapsing and people barely have money day by day. Hey but what you can when the country is ruled by a Mafia Government , But Don’t worry everything Is fine ….. population can eat weapons when are they hungry..