It is also reported in western news agencies that Turkish missiles hit a children’s hospital, a school and other locations in Azaz. 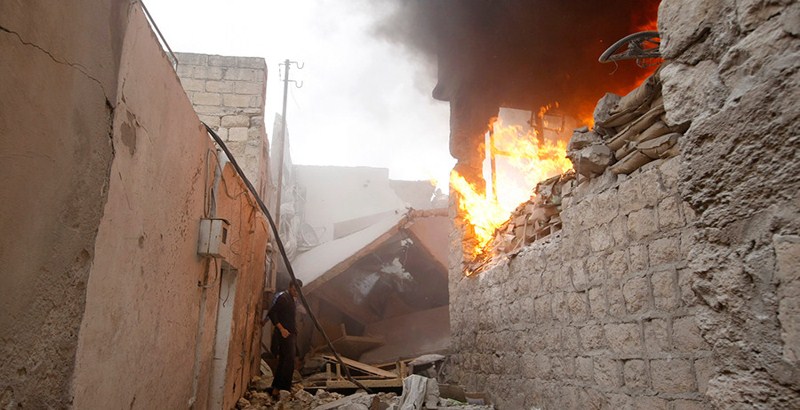 On Monday, for the third day in a row, Turkish security forces hit Kurdish militia targets in Syria. According to a Turkish Foreign Ministry spokesman, the strikes came after a border security outpost was attacked in the morning.

Turkish Prime Minister Ahmed Davutoglu said on Monday that Ankara would not allow the town of Azaz in northern Syria to fall to the Kurdish YPG forces. He also promised that if the group would attempt to re-take the city, Turkey would show the “harshest reaction”.

Davutoglu who was bound for Ukraine told the reporters that the YPG elements had been forced away from around Azaz and if they would approach again they would see the harshest reaction.

He also threatened that if YPG forces did not retreat from the area, the Turkish military would render Syria’s Menagh air base “unusable”. The YPG forces previously captured the Menagh airbase from terrorists. Davutoglu also warned the YPG that not to move east of its Afrin region or west of the Euphrates River.

It is also reported in western news agencies that Turkish missiles hit a children’s hospital, a school and other locations in Azaz.

On the other hand a Turkish security official blamed Russia for the incident. He said seven Russian missiles killed 14 people in a hospital.