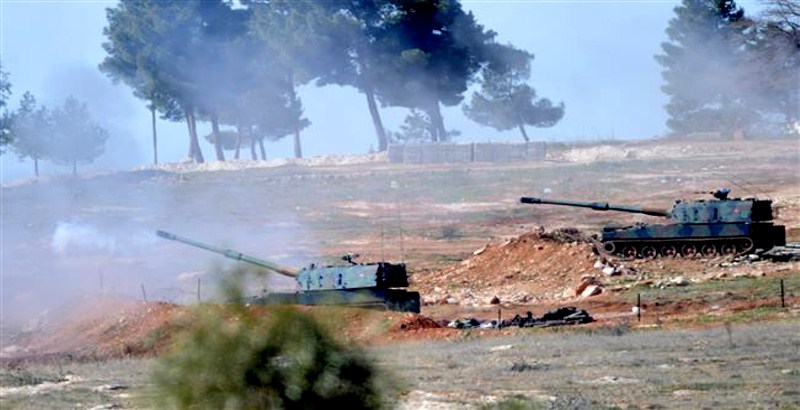 On Monday YPG said that the Turkish army’s shells hit Tal Rif’at town in Aleppo. YPG also reported on Saturday that Turkish tanks targeted its members in Qamishli city near the Turkish border.

Russia’s Deputy Foreign Minister Mikhail Bogdanov urged on Monday that the world powers should react to Turkey’s shelling of Kurdish fighters in Syria.

Since February 27 the ceasefire brokered by the US and Russia has been taking place. The truce does not cover areas of the country that are under the control of ISIS terrorists as well as the al-Qaeda–affiliated al-Nusra Front.

US Ships Suspected Of Sabotage Attack On Nord Stream Pipelines

In Video: Ukrainian Trenches On Donetsk Outskirts Under Artillery Fire

US States Dept said no such thing.