Turkey has sent a new batch of Syrian militants to Libya to support the Government of National Accord (GNA), the Syrian Observatory for Human Rights (SOHR) revealed on April 11.

According to the London-based monitoring group, around 300 militants from the Turkish-backed Sultan Murad Brigade, the Northern Hawks Brigade and the al-Sham Corps arrived in Libya in the last few days.

“A new batch of at least 150 members of the Sultan Murad faction, set off, in the past few hours and days, from the city center of Afrin by Turkish buses to the [Turkish] border, other groups, including dozens [of militants], from cities from Jarabulus and al-Bab also went to the assembly point in Hawar Kilis [border crossing],” the group’s report reads.

With the arrival of the new reinforcements, the total number of Syrian militants deployed in Libya by Turkey has risen to 5,050. At least 1,950 others are receiving training in military camps in Turkey ahead of the planned deployment.

In the last few days, at least 17 Syrian militants were killed by the Libyan National Army (LNA) on different fronts in Libya. A total of 182 Turkish-backed militants have been killed in the country so far.

Turkey has been actively working to support GNA forces for a few months now. However, while the deployment of more Syrian militants could make up for recent losses, it will not likely give the GNA the upper hand.

The Libyans cant fight while there is no national feeling towards the nation, it is bunch of clans fighting for their own win. The GNA Turkmens probably fight for Turkish pride and nation.

? Hehe, don’t lump the Turkmenistan people into this mess ?. They’re too smart to fall into this Libyan/Syrian quagmire. I think people get the 2 different Turkmens mixed-up, and I have often have to correct people. Besides a similar language and steepe heritage, Turkmenistan itself has barely anything to do with Turkey and the Ottoman Empire. Turkmenistan’s like a mix between Iran, Mongolia and Japan. Somewhere I’d like to travel to as a tourist.

Also, Berdimuhamedov is a very respectable leader and a true statesman (unlike Erdogan), not selling-out to the West. Same with the great Turkmenbashi. Saved millions from poverty after the USSR collapsed, engrained a socially-acceptable Islam into society, and breathed a new life and image into the country. 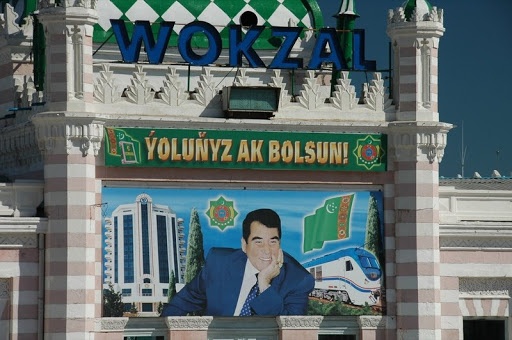