On August 7th, Turkish President Recep Tayyip Erdogan said that Turkey had resumed energy exploration work in the eastern Mediterranean as Greece had not kept its promises regarding suspending similar activities in the region.

“We have started drilling work again,” Erdogan told reporters after participating in Friday prayers at the Hagia Sophia mosque. “We don’t feel obliged to talk with those who do not have rights in maritime jurisdiction zones.”

“She told me that in the event that I suspended operations [of the Oruc Reis], her job would become easier. I responded: “If you trust Greece and the others, we’ll suspend operations for 3-4 weeks, but I don’t trust them, you’ll see that they won’t keep their word.” And so the tripartite deliberations began between Greece, Turkey, and Germany. What will happen now that promises have not been kept? We immediately resume drillings.”

He said Turkey’s Barbaros Hayreddin Pasa, a seismic survey vessel, had been sent to the region to carry out its duties.

Erdogan made the comments when asked about an accord signed by Egypt and Greece on August 6th designating an exclusive economic zone between the two nations in the east Mediterranean.

Diplomats in Greece said their agreement nullified an accord reached last year between Turkey and the Government of National Accord (GNA) in Libya.

Erdogan said the Egypt-Greece accord was of no value and that Turkey would sustain its agreement with Libya “decisively”.

The Turkish Foreign Ministry claimed that the agreement between Egypt-Greece falls in the area of Turkey’s continental shelf.

Its statement asserted that Greece and Egypt had no mutual sea border and that the deal was “null and void” for Ankara.

“It is without a doubt that Turkey will not allow any activity in the area in question and will unwaveringly continue to defend its legitimate rights and interests as well as those of the Turkish Cypriots in the eastern Mediterranean,” said the statement. “Egypt, which surrendered an area of 11,500 kilometers square with the so-called agreement it signed with the Greek Cypriot administration in 2003, once again suffers losses at the expense of the Egyptian people with this move,” said the ministry.

The GNA foreign ministry also condemned the deal between Egypt and Greece.

Al-Qablawi reiterated Libya’s commitment as a memorandum of understanding concerning the delimitation of maritime jurisdiction signed with Turkey in late 2019.

The European Union’s high representative for foreign affairs, Josep Borrell, is urging Turkey and Greece not to give up on efforts to bridge their differences and to continue to “work in good faith.”

“Good EU-Turkey relations are in the interest of all; we need to jointly address differences through dialogue and avoid unilateral actions,” Borrell said in a post on Twitter.

He said that after he discussed the situation with Turkish Foreign Minister Mevlut Cavusoglu in Malta.

The situation in the Eastern Mediterranean, he added, “requires sustained de-escalation, concrete action and work in good faith, in accordance with international law.”

GAS THE KIKES & ROAST THE TURKEYS!

Turkish economy is bankrupt and rising dead coming home daily in body bags from Iraq, Syria and Libya are causing unrest in the villages that provide the cannon fodder. TRT has been banned from showing funerals of the dead soldiers. They are being buried in unmarked graves or listed as “accidents”.

Third world Pakistanis and their Turkish brothers do not need any women.
They do it on their own

am with Greek lady Sophia she is very nice lady

you sure it is not a man named Sophos?

I know her for last 5 years so .. she is lovely nice lady. Every Witch Way…..you and sophos together ask your priest to join you too

Both are shitholes and Americunt slaves.

Good sentiment, but here is the REALITY: Turkish economy collapsing as the cost of wars, rising casualties and Pimpeovirus hit hard.

Apprehension is rife in Turkey that a loan-driven economic warm-upcould devolve into major turmoil in the fall, with Ankara’s dubious management of the coronavirus pandemic and multiple wars are feeding the unease.

What old is got to do with you I told you before we doing fine we not complaining..just back off moron

Someone needs to off this idiot Erdogan!

this is the job for guest the superman

nah better to off netanyahu and peace and prosperity will arrive in the middle east like never before.

We should gather all of us to offer nice reward to whom will stop this turkish hooligan….

it’s much better for all to gather around and stop the madman in tel aviv, netanyahu, so that turkey and iran won’t have to do all the heaving lifting heaving the jews into the med once and for all.

Yeeeeeesss, good point… Did you know Erdogan was a crypto jew?
Netanyahu has no troops in Syria, neither in Libya, and he’s not messing with EU and many other countries…

Erdogan is Turkey shaby “New” Hitler. A true ass hole nobody dares to stop. Anybody with balls out there???

you stop him do everyone a fever

you just appear to be seriously vapid

Ok, so what do you suggest ?? Which country will stop that rat?
Telling me I’m vapid I guess you have plenty of ideas

lol Erdogan is desperate….he sees loosing in every front every day…first he made Hagia Sofia a mosque…then he is pretending to send drilling ships that dont even work to do “drilling” whats next? will hi blow his own country up?

go learn English man i dont understand what you are saying….what is “re” ?

Why don’t you ask your Greek Cypriot brothers they use Re.. words they don’t use Mr words for man. they use RE and for women they call RA. and they call motherland Greeks kalamara..,my English not too bad re takis Dora gadalaves

What amuses me the most, is the fact that we are all supposed to be using Green Energy and driving electric Noddy Cars by 2030/2035.
Fossil fuels will be defunct, or that’s what the Climate Fascist’s say anyway.

Can someone explain to me WHY all the NATO nations are willing to go to war in order to have access to a fuel source that they themselves are attempting to phase out? :)

it’s not only about gas or oil, states can build wave or wind power generators in their EEZ as well – also they can indirectly exercise sovereignty in those maritime regions despite being international waters by building platforms, artificial islands etc then deploying military units for protecting their rights on those assets

Fog of War
Reply to  FlorianGeyer

” Can someone explain to me WHY all the NATO nations are willing to go to war in order to have access to a fuel source that they themselves are attempting to phase out? :) ”

Because energy is the foundational basis of all live. To control the source of energy is to control live. By perpetuating the use of petroleum the PTB can control the earth in a very easy manner ( see the petrol dollar ). Tesla already showed us that ” energy ” is limitless and can be harnessed for free, this is a no go zone for the elite as humanity would throw off its shackles for ever. Whats one of the biggest expanses in peopl’e lives ? Fuel, electricity, food.

What genocide? what Armenian women. you losing lots of air Franco.. clueless scumbag

Ayyyyy man, be honest, at least once in your life. Please learn what is honor… Turkish people are so nice people…. Shame Your Erdogan is turning you guys into coward criminals… Man… Do you think it’s nice attacking civilians robbing land to Syria and looting Greek oil and gas….? You’re so innocent or true thug…? I can’ believe it! I will tell my (good people) Turkish friends out there to explain you the right things, my dear Memet

looting greek oil and gas ?no no no you r wrong ….

Your crypto jew blood is speaking…Turkish have secret love story with Jews and Israël….Shhhhhht….They lie to the goyim….

this was practice –now doing same to Kurds, Libyans, Syrians

Urgent: Stop that guy::Reward in bitcoins!! 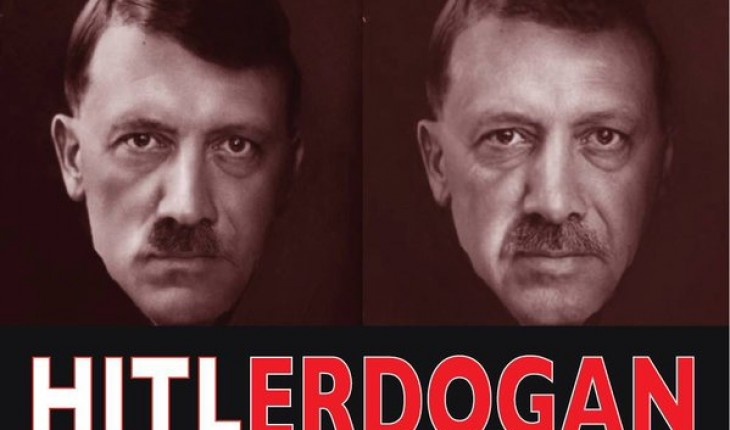 you should try the same comparison with netanyahu and will find a striking resemblance.

drat greece – as long as erdogan prevents the jews in palestine bringing their stolen gas to europe, I’m all for Erdogan. and the greeks can continue t peddle tsatsiki-drenched goat meat and engage the perfide english about the parthenon frieze, which they never will return -whoahoa.