On March 11, Turkish media released a video allegedly showing the destruction of a Pantsir-S1 air-defense system of the Syrian Arab Air Defense Forces (SyAADF) during the last round of escalation in Greater Idlib.

Turkish sources claimed that the Syrian Pantsir-S1 in the video was destroyed by a Turkish unmanned combat aerial vehicle (UCAV).

The first part of the video shows what appears to be an inactive Pantsir-S1 system. The video is then cut with a white flash and continues with the system launching two missiles. The flash and fire shown in the second part of the video are possibly the result of the missile launches.

Clash Report, a Turkish media outlet, was the first to share the video. The outlet is a part of the ongoing Turkish military propaganda campaign on the conflict in Syria in social media. 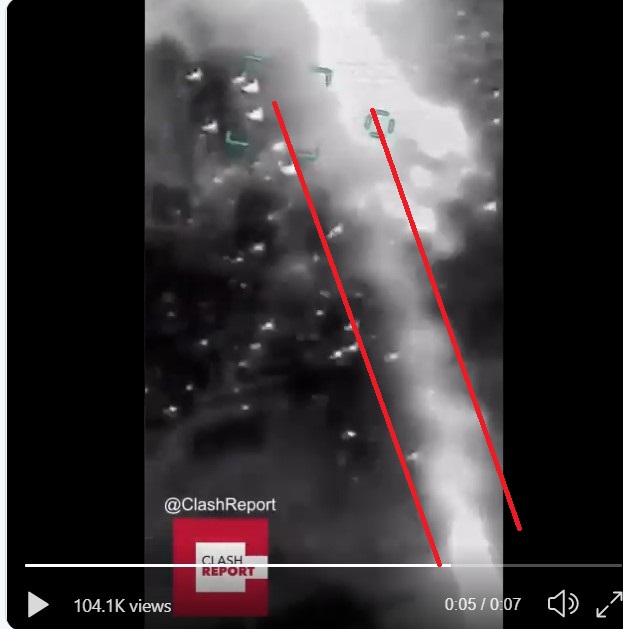 A supposed trance of the rocket #2 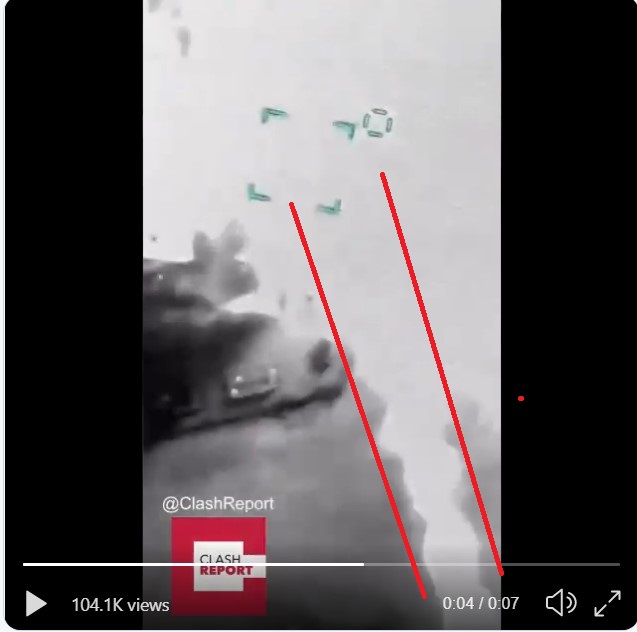 A supposed trance of the rocket #2

Previously, Turkey released two videos supposedly showing the destruction of similar systems in Greater Idlib by UCAVs. The first was release on February 28 and the second was published on March 3. The authenticity of both videos was questioned by observers. (First of all, one of them is from Libya)

The Ministry of Defense of Russia rejected Erdogan’s claims, revealing that only four Pantsir-S1 systems were deployed in Greater Idlib. The ministry said that two of them were hit, but they are now being prepared.

In the last few weeks, Turkish media outlets focused on mocking Russian-made air-defense systems. They likely see this as a way to make up for their military failure in Greater Idlib. According to Syrian sources, Soviet and Russian air defense systems used by the Syrian military have shot down 13-20 Turkish drones.

Video proves nothing … is this the best they got ?

To me at this point, mustafa= iron zion= rocket nose.

There all in this together, to push the same agenda, russia bad, terrorists good.

Pretty pathetic if yoy ask me

Patriot was disaster in 1990 First Gulf War, Patriot was disaster in 2003 Second Gulf War, Patriot is disaster in 2015- Yemen war. On the other hand, since Vietnam war and S-75 Dvina Soviets/Russians AA systems are listed as very good with very good combat use statistics. A completely different pair of shoes is the fact that countries equipped with these systems have fought an incomparably stronger opponent who simply – overrun them. A clear example is the NATO terrorist organization’s aggression on SRJ 1999 – over 1.000 airplane (38.000 sorties) + 1300 BGM-109 Tomahawk against 14 S-125 divisions with little over 500 missiles and 4 AA regiments 2K12 (KUB/KVADRAT) with little over 300 missiles! NATO has more airplane than SRJ missiles! Because of such a (dis)proportion, any ignorant person gets the impression that Russian systems are inefficient … As is the general opinion of the ignorant, that D-day is tactical perfection! No, it’s not because the tactic was – push as many soldiers as possible to the beach, the Germans will run out of ammunition at some point! Since that landing, USA / NATO adheres to this philosophy – saturating opponents with massive attacks, regardless of losses.

Your logic, or the lack of it, is a disaster.

RATS fighting with each other again over a goat …

We are still wasting report space here in southront on another grainy Turkish video of dubious quality, what waste of time. If this was real the Turks would have retaken Idlib by now, what pathetic piece of fakery from Turkey.

it took 10 days to edite the video :DDD

Liers once, liers for ever.

RATS NOT PULLING OUT …

The goat is Erdogan.

RATS are refusing to leave …

Why is it framed vertically, like when idiots film with their phones and not horizontally like every single drone footage in existence? Is it cropped?

This is the moment when Pantsir shoots two of it’s missiles! Those Turks are really something else!!!

Is there any thing new? Boring..Turk rats should Fire their CGI man.

Turkish cartoon assault battalion is winning battle after battle. Turks may retreat on the ground and beg for ceasefire but in cartoons they are dishing devastating blows left and right. What a mess :)

Pantsir has been embarrased by both Israel and Turkey. It is time to put that fail to bed.

Let Turkish claim whatever they want to claim. after all, they have always claimed that they did not committed genocide to Armenian people. Reality always is reality. Turkish fool people can believe whatever they want. The war in Syria is not a war of words, it is a war with real weapons and soldiers. Let Turkish face this war with real people (Syria-Russia-Iran-Hezbolah). A barking dog can easily scare with small stone.

Ok, but i see no video here. Only photos.

Pantsir can’t see the drone flying at its top. The Russian weapons industry is seriously injured. Of course, they will claim to be a lie.

with incapable pansir as you said, Turkish begging ceasefire to Russia.

ErDoGgy almost crying unable to hold a shame in front of the Putin’s door.

imagine, If Russia using s-400 in idlieb syrian. Erdoggy will crawling the sand to Putin’ foot and ask forgiveness..