While Angela Merkel is busy sowing the seeds of the next cold war between Germany and the Trump administration (and therefore the US, if only for the next three and a half years), a troubling flashpoint for Germany continues to grow in Turkey where on Tursday, Turkey’s foreign minister said it is not possible to allow German lawmakers to visit troops stationed at Turkey’s Incirlik air base now, although he said Ankara may reconsider if it sees “positive steps” from Berlin. It was not immediately clear just what Turkey’s “demands” or expectations, monetary or otherwise, were from Merkel for it to change its view. 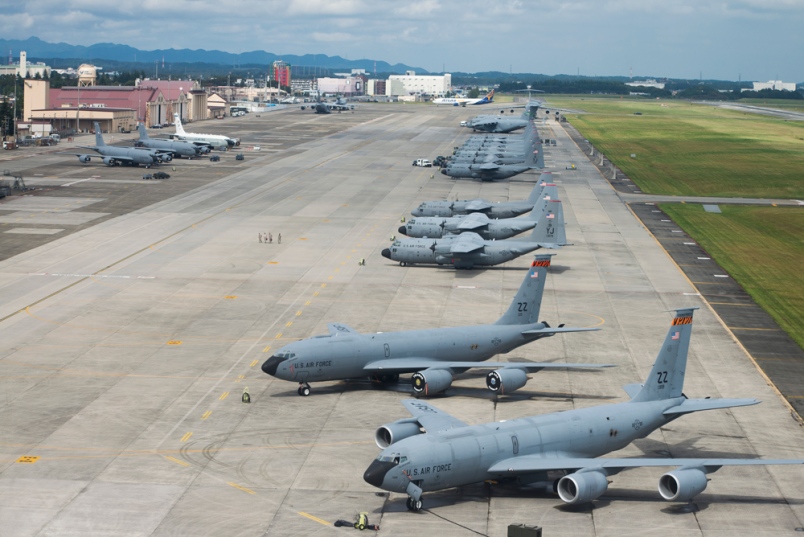 “We see that Germany supports everything that is against Turkey,” Mevlut Cavusoglu told a news conference in Ankara. “Under these circumstances it is not possible for us to open Incirlik to German lawmakers right now … If they take positive steps in the future we can reconsider.”

Turkey has prevented German lawmakers from visiting the roughly 250 troops stationed at Incirlik as part of the U.S.-led coalition against Islamic State, saying that Berlin needs to improve its attitude first.

According to Reuters, Cavusoglu also said the issue would be discussed with German Foreign Minister Sigmar Gabriel, who is due to visit Turkey on Monday. Ties between the NATO allies deteriorated sharply in the run-up to Turkey’s April 16 referendum that handed President Tayyip Erdogan stronger presidential powers.

The recent deterioration in relations between Germany and Turkey developed when Germany, citing security concerns, banned some Turkish politicians from addressing rallies of expatriate Turks ahead of the referendum, infuriating Erdogan. Ankara responded by accusing Berlin of “Nazi-like” tactics. Germany has also expressed concern about the widespread security crackdown that followed last year’s failed coup in Turkey. More than 100,000 people have been sacked or suspended from their jobs and more than 40,000 people jailed.

German officials said this month that 414 Turkish citizens with diplomatic passports and other government work permits had requested asylum since the attempted putsch. Berlin’s interior ministry has confirmed that asylum requests had been approved for a number of the applicants, a move that angered Ankara.

NATO countries are rather like the terrorist gangs in that they all profess unity but in reality are all attempting to outdo each other. NATO became irrelevant in 1991 and since then has helped to enable the destabilising of the Middle East as Americas ‘useful idiots’.

Frankly, military is like a big, sometimes well-build, if somehow limited in head dept., boy wandering a backstreet. A military alliance is then a gang, a mob if you will. Now just because one gang posses enough money to dress its members up into Armani suits it doesn’t make it anything more than a well-dress gang/mob.

Consequences of Trumps foreign policy despite u-s opposition, despite England, France and Germany. These 3 are fighting against Trump who is trying to follow an anti-imperialist policy ==> http://www.voltairenet.org/article196524.html

The UK isnt opposing Trump! We are the whipping boy of the US. It is a disgrace how much our PM has already bent over for him and she will reach a new low as soon as the Brexit negotiations fail.

You maybe wrong there – the UK is looking Eastwards.

WTF do German lawmakers need to visit, in person, the small German contingent at Incirlik for anyway? They have to know it’s provocative if relations with Turkey are strained. I honestly don’t understand why this keeps making the news.

The German AF (and the USAF) is a guest unit at a Turkish sovereign Air Base operated by them on Turkish soil. It’s not a ‘NATO Air Base’. If Turkey says all the Germans on their air base need to wear women’s clothes, then that’s their right – it’s THEIR base. The Germans can chose to dress in women’s clothes, or leave because they don’t like the idea. NATO has a bizarre interpretation of ‘guest’ and sovereignity. I’m no fan of Erdogan, but for Christ’s sake, IT’S A TURKISH AIR BASE. Guest units don’t usually get a handful of visitor courtesy passes for family, friends and assorted politicians/weasels.

Germany and the US are in no position to make demands here. If they don’t like Turkey or vice versa, they are free to get the hell off Turkish soil. Personally, I’m kind of hoping that happens.

There are protocols for Nato bases staffed by military from other Nato countries. Access to those bases for officials of the countries staffing those bases.

Under those protocols, access can be denied for local security reasons, but not for political spats. If I am correct, the staffing countries are also paying the host countries.

Germany, nor any Nato other country, would accept denied entry because of a local dictator, warlord, as is the case now.

So, it is very likely that Germany will withdraw from Incirlik, maybe going to Jordan. Imo they should go to Cyprus as that is a Nato country too. They could also consider going to Israel.

As soon as Turkey said it will fight Kurds in Syria, the Zionists ordered ZOG nations to turn on Turkey and make life difficult for Erdogan. “Regime change” may be in the works for Erdogan if he keeps this up. However, Erdogan’s switch is great for Syria and Russia. Russia may bring Turkey over to its side and out of NATO, and Syria has an extra hand helping out in the north.

I hope so. It would be great if turkey started wiping out the SDF to relieve pressure on SAA!