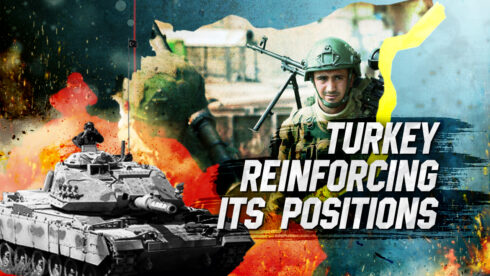 Was the Istanbul blast a false flag operation?

The Turkish armed forces may launch an operation in northern Syria as the order for the recent terrorist attack in Istanbul was allegedly given from the Kurdish-majority city of Kobani. The November 13 explosion on the Istiklal pedestrian street in central Istanbul led to the death of six people and was quickly blamed on the outlawed Kurdistan Workers Party (PKK) and their Syrian branch, the People’s Protection Units (YPG), who control Kobani.

Turkish Interior Minister Suleyman Soylu said police arrested a woman believed to have left the bomb on Istiklal Street. According to him, it is suspected that the order came from Kobani, a Syrian town on the border with Turkey, and that the perpetrator entered Turkey via Afrin, a Kurdish-majority region in northern Syria controlled by Turkish-backed forces.

“We will conduct an operation in Ain al-Arab (Kobani). Now this obligation is weighing heavily on our necks,” Miliyyet newspaper quoted Turkish security expert Abdullah Agar as saying.

Earlier, the official representative of the President of Turkey, Ibrahim Kalin, said that Ankara is ready for a new military operation in northern Syria, which could start at any time. Damascus has repeatedly stated that it is illegal for Turkish forces to conduct operations against Kurdish forces there and has called on Ankara to withdraw its troops.

Meanwhile, an unnamed senior official said to Reuters on November 15 that Turkey plans to pursue targets in northern Syria after it completes a cross-border operation against the PKK in Iraq. Threats against Turkey posed by Kurdish militants or the Islamic State are unacceptable, the official said, adding that Ankara will clear threats along its southern border “one way or another.”

“Syria is a national security problem for Turkey. There is work being done on this already,” the official said, declining to be named as they were not authorised to speak to the media, according to Reuters. “There is an ongoing operation against the PKK in Iraq. There are certain targets in Syria after that is completed.”

Although no group has claimed responsibility for the Istanbul blast, and the PKK have denied any involvement, police say the suspected bomber is a Syrian woman named Ahlam Albashir. She was detained only a day after the blast at a house raid in Istanbul.

This year alone, Turkey has conducted three incursions into northern Syria against the YPG. Confusingly, despite the PKK being recognised as a terrorist organisation by Turkey, the US and the European Union, the YPG are allies of Washington and the EU.

Turkish President Recep Tayyip Erdogan is facing a major challenge in next year’s election, with polls suggesting he could lose power after two decades. This was a similar scenario to what occurred before the 2015 general election, with a wave of bombings and other terrorist attacks gripping the country. They were mostly blamed on the PKK and the Islamic State.

It could be suggested that Erdogan either orchestrated the Istanbul bombing, or is taking maximum advantage of the operation to gain more votes through ultra-nationalist rhetoric and the corresponding military operation against the Kurds, just like what happened in 2015. In fact, a September MetroPoll survey in Turkey found that more than half of Turkish citizens believe that their government is using tensions with Greece for an “election agenda,” an election agenda that can also be imposed against the Kurds too.

It is also notable that it was reported by Al-Monitor on November 9 that Turkey is reorganising militant forces in northern Syria and is reportedly using “threats and ultimatums to discipline the disorderly factions.” According to the report, Ankara is using Hayat Tahrir al-Sham (HTS) — the formerly Al-Qaeda aligned jihadi outfit controlling the northwestern province of Idlib — “as a stick in its efforts to push the factions to form a joint military command and a joint administrative structure.”

The report added that factions were told by Turkish officials on November 2 “to unite under a joint command and shut separate operation rooms, cede all urban checkpoints to a joint security apparatus, hand over control of crossings — a source of lucrative revenues — to a financial committee and create a joint fund, and close down the prisons they operate. A warning was issued that fresh internal conflicts could result in dissolving the groups involved.”

Turkey’s restructuring of jihadist forces under its command and/or influence in northern Syria only days before blaming the PKK for the Istanbul blast, something the Kurdish militant group denies perpetrating, will raise questions on whether the terror attack was a false-flag operation to justify a new military operation and to boost Erdogan’s ratings in the lead up to next year’s elections.

Those PKK-YPG-SDF Kurdish Zionist slaves need to sent all to hell.

They chose to side with Satanic states the US and Israel. TBH fuk’em.

US/UK arrange a blast in Istanbul. Turkey start up a military operation against Kurdish cleaning workers in Syria to diminish the US/UK recruiting base………………………………………LOL. Whatta bravery.