Turkey has halted the withdrawal of Syrian mercenaries from Libya and is planning to deploy even more of them in the war-torn country despite the recent progress in the Intra-Libyan peace talks, the Syrian Observatory for Human Rights (SOHR) reported on December 5.

According to the London-based monitoring group, Turkey halted the withdrawal of mercenaries from Libya more than 20 days ago. The last batch returned to Syria in mid-November.

Turkey is now reportedly preparing to send a new batch of Syrian mercenaries to Libya, where a ceasefire has largely held for several months. The ongoing peace talks between the Government (GNA) of National Accord and the Libyan National Army (LNA) are also witnessing a particular progress. 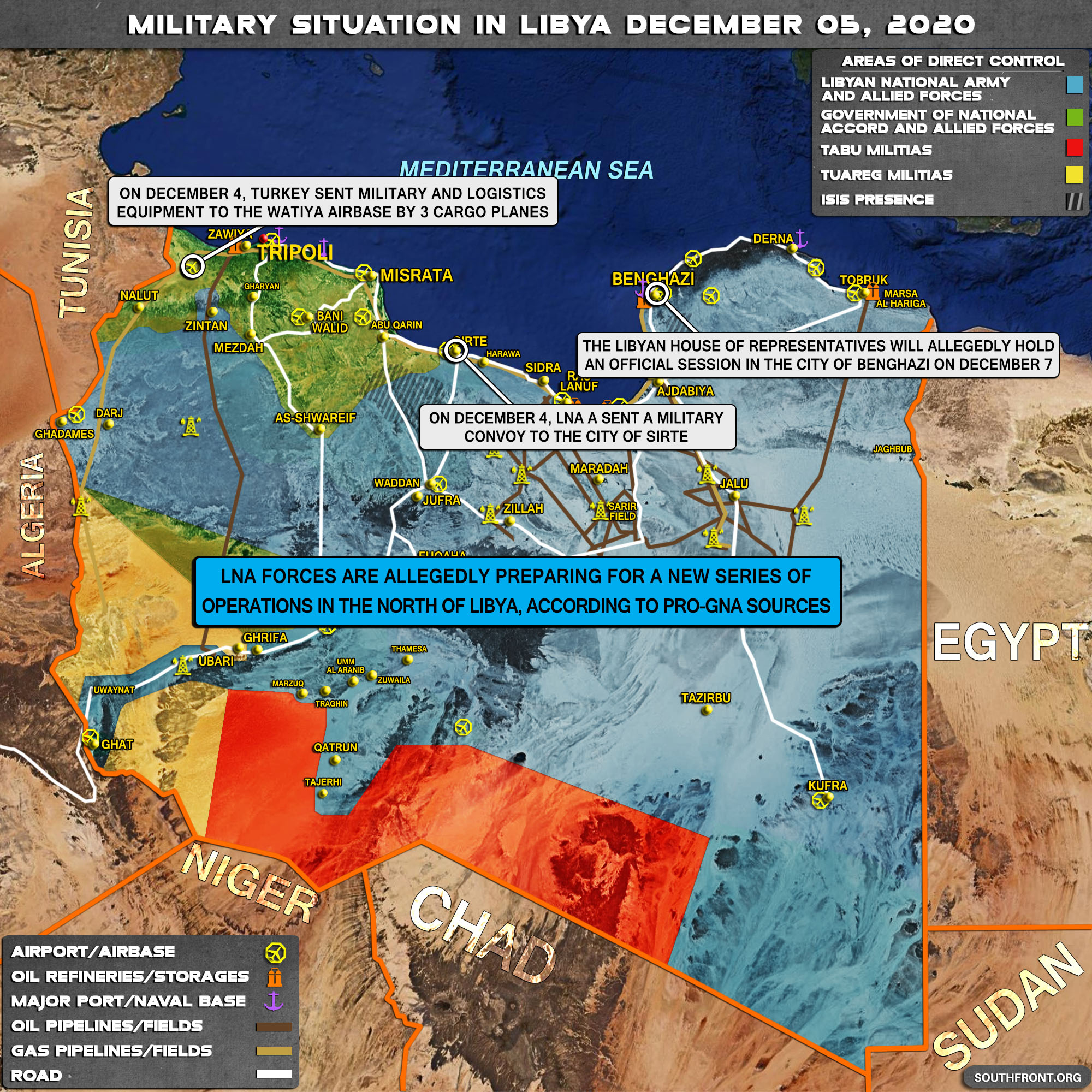 Between late 2019 and mid-2020 Turkey deployed around 18,000 Syrian mercenaries in Libya to back the GNA. Later, 10,000 of them were also moved from Syria to northern African country.

In Libya, at least 469 Syrian mercenaries were killed. However, the GNA repelled the LNA attack on the capital, Tripoli, and made some gains in the country’s western and northwestern regions.

Turkey is reportedly planning to establish a permanent military presence in the country, mainly at al-Watiya Air Base. New satellite images from Watiya Air Base, located in northwestern Libya, revealed that Turkey recently deployed at least 26 military vehicles there.

#Turkish Forces AirLift and Deployment at Al Watiya AFB #Libya. Satellite imageries from 30.11.20 and 04.12.20 show the arrival of 26 Infantry Vehicles (Possibly MRAP’s). Vehicles are located on the main apron waiting for their troops. #IMINT pic.twitter.com/IUK9PsxATU

The Turkish military buildup in Libya suggests that Ankara may be preparing to re-inflame the civil war in the country. Such a move will mean the end of the Intra-Libya peace talks.

Lets recall who these so called “Syrian militants” really are, John McCain’s ‘moderate rebels’ – or