The Russian general also said that Russia has boosted all kinds of intelligence and surveillance activities in the Middle East. 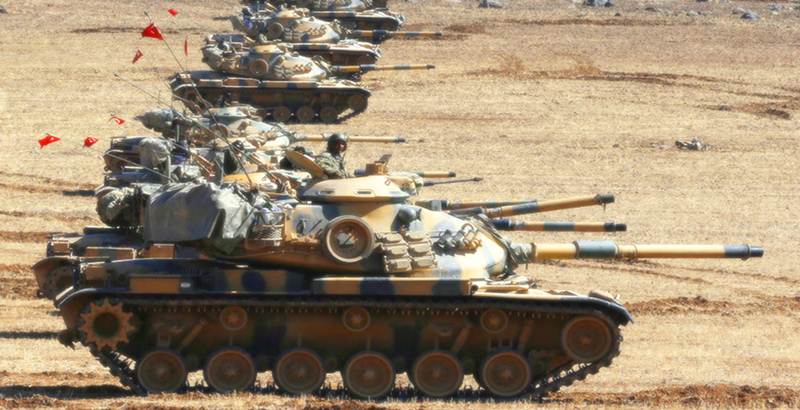 Today, on February 4, the Russian Defense Ministry told to the Journalists that developments on the Turkish-Syrian border give serious grounds to suspect that Ankara had been planning a military invasion in Syria.

“We have serious grounds to suspect intensive preparations by Turkey for a military invasion on the territory of the sovereign state of Syria,” the Defense Ministry spokesman Major General Igor Konashenkov told journalists.

He also added that Russia had been recording more and more signs of concealed preparations by the Turkish Military recently.

“We are surprised that the talkative representatives of the Pentagon, NATO and numerous organizations allegedly protecting human rights in Syria, despite our call to respond to these actions, still remain silent [on the shelling by Turkey],” the spokesman said.

He said that Turkey had been trying to conceal its illegal military activity on the border with Syria and canceled an agreed Russian surveillance flight under Open Skies Treaty over its territory.

“Such steps carried out by a country, which is a NATO member state, in no way contribute to the strengthening of trust and security in Europe,” the Russian Defense Ministry spokesman told to Journalists.

The Russian general also said that Russia has boosted all kinds of intelligence and surveillance activities in the Middle East.

“So if someone in Ankara thinks that the cancelation of the flight by the Russian observers will enable hiding something then they’re unprofessional.” the spokesman warned.

He reminded that 32 foreign observation flights took place in Russian air space in 2015, in accordance with the treaty, with four of them carried out by Turkish observers.

On February 3, the earlier agreed observation flight over Turkish territory was canceled after Russian experts revealed the route, which would have included airfields and areas near the Turkish-Syrian border.

Russia-Turkey relations have been strained since November 24 last year, when Turkish Air Force downed a Russian Su-24 bomber for allegedly violating its airspace and that ambush killed one Russian pilot. Later, Moscow imposed a set of sanctions on Turkey and boosting the security of its Khmeimim airbase in Syria with S-400 missile systems. The Russian Aerospace Forces with the help of the Syrian Arab Army has been carrying out airstrikes against ISIS, Al-Nusra Front and other terrorist groups in Syria since September 30 at the request of President Bashar Assad.