Ankara has admitted that a settlement in Syria without Assad “is not realistic.” 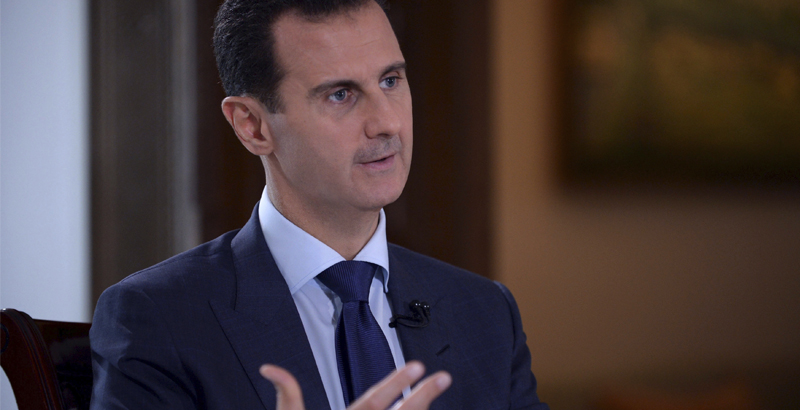 Ankara refuses to promote an idea, according to which Syrian President Bashar al-Assad must be overthrown, Turkish Deputy Prime Minister, Mehmet Simsek, said during the International Economic Forum in Davos. According to Simsek, the Turkish government does not believe that the process of a settlement in Syria should be considered only after Assad’s resignation.

“We have to be pragmatic, realistic. The facts on the ground have changed dramatically,” Simsek said. “Turkey can no longer insist on a settlement without Assad. It is not realistic.”

At the same time, Simsek said that Assad is responsible for the multiyear war in Syria, as well as for hundreds of thousands of victims of this bloody war.

“As far as our position on Assad is concerned, we think that the suffering of Syrian people and tragedies clearly… the blame is squarely on Assad,” the Turkish Deputy Prime Minister added.

Meanwhile, a few days before the start of the negotiations in Astana, Assad himself gave an interview to the Japanese TBS TV-channel and said that upcoming Astana talks will be focused on the ceasefire. At the same time, he stressed that the truce will not touch those groups that are recognized as terrorist by the UN Security Council.

This is a good starting point. Now that Erdogan understands Assad can’t be ousted by rebels, what is the point of supporting Jihadist in Idlib province. The rebels may all ready be low on resupply and paychecks. There are reports of in fighting in Idlib. This is good!

Turkish idiots are too late.They should have dropped this demand once Russia intervened in Syria.

Ankara was playing to the American music. It was not until after the coup that Erdogan started seeing reality in living colors.

Instead they doubled down and ambushed a RuAF SU-24, recall Erdogan’s then PM Davidoglu boasting he gave the order personally? Turkey was assigned point man to test out Russian resolve in Syria for the Pentagon, results, well Davidoglu is long gone and Erdogan finds himself bogged down in faltering military offensive inside north Syria, with islamic terrorism creeping into the norm in Turkey. : /

Would have saved a lot of lives if they did. But it was not to be.

Turkey has only shifted its position slightly, if at all . Placing the blame for this war and the suffering of the Syrian people on Assad , rather than accepting the responsibility of the Turkish government , is just more lies . Turkey should withdraw from Syrian territory , and end its support to the jihadists attacking Syria . Iran could easily arm the Kurdish in eastern Turkey , they just might call the shots .