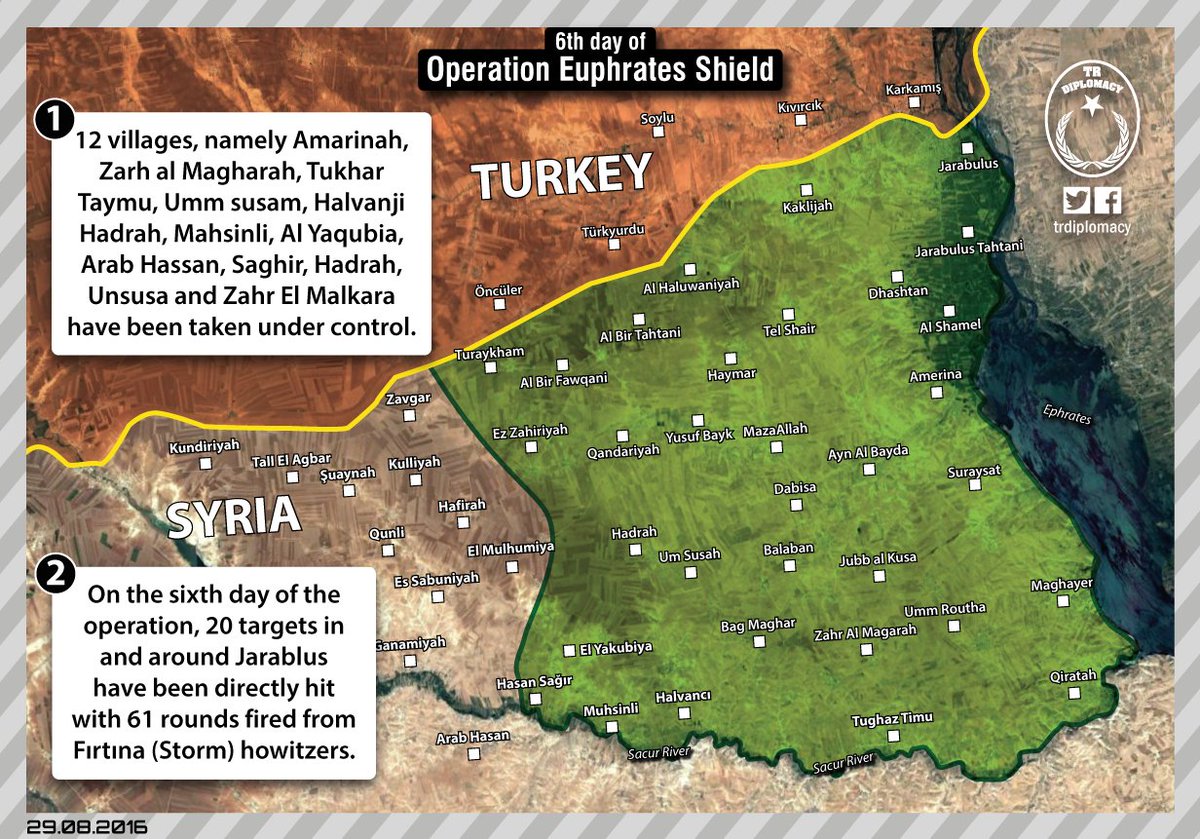 According to Turkish state-linked sources, on August 29, the Turkish-led forces seized some 12 villages from the ISIS terrorist group and the predominantly Kurdish Syrian Democratic Forces (SDF) in the Syrian province of Aleppo. The reports also said that the Turkish artillery hit some 20 targets in the area south of Jarabulus.

By August 30, the Turkish-led forces have reportedly crossed the Sajur river and captured the villages of Awshariyah and Ayn Dadat and are now in about 13 km from Manbij. 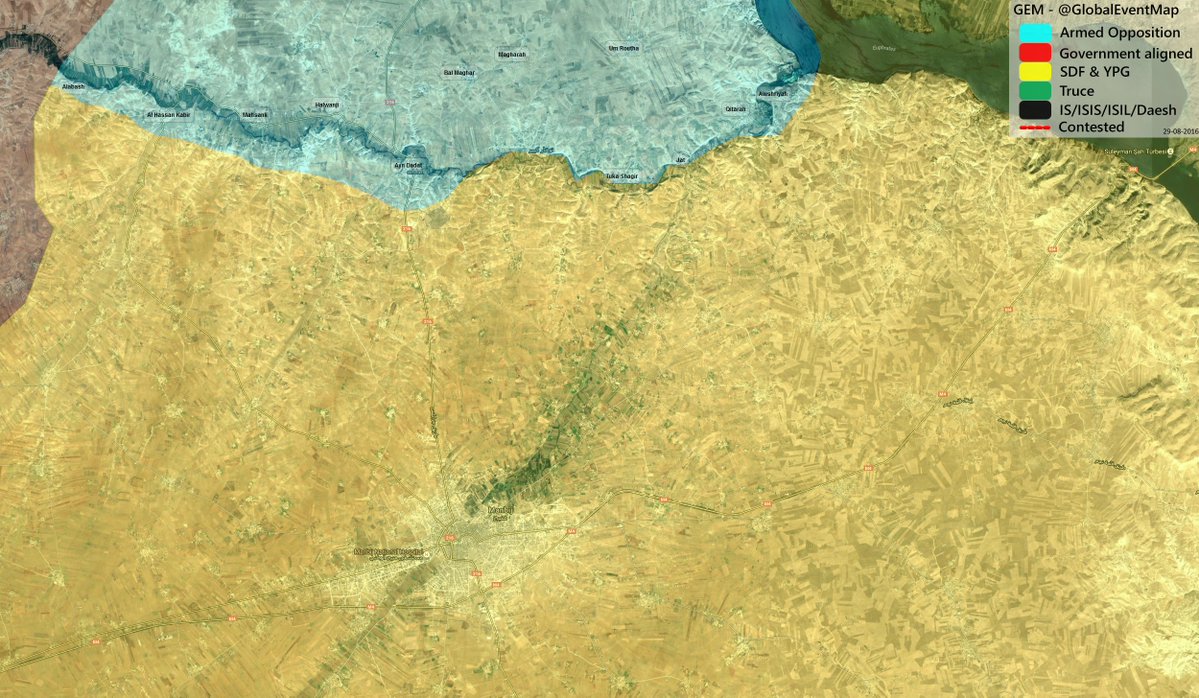 On August 30, Turkish sources reported that 21 “terrorist” targets in Jarabulus region were shot 108 times with Firtina howitzers. Most of these targest were Kurdish SDF units.

Meanwhile, Free Syrian Army factions that are a part of the SDF condemned the Turkish intervention in northern Syria and blamed the Turksih-led forces for civilian casualties in the area:

New kind of heroes to me. No wonder so many are refugees all over…Not Elvis, but the normal citicens has left the country.

IDIOT. Stop commenting on this forum.

So if its about icecreme – Which kind is allowed to comment.