For every keen observer every successive operation is a chance to learn about some new, grand achievements of the Turkish Armed Forces.

Announced on April 24th, the most recent operation is called “Claw-Lightning” and it aims to completely end the presence of the terror threat aimed at Turkey’s southern border.

Regular troops and Special Forces were deployed in the region.

According to the Turkish Defense Minister, 31 PKK members have been neutralized as of April 25.

Back in February is when Ankara carried out its Operation Claw-Eagle 2, in the same area, it neutralized 48 PKK members.

It was a resounding success.

In Greater Idlib, on April 24th, the Armed Forces established its 64th position in the region.

Initially, Turkey established 12 posts in Greater Idlib to monitor a de-escalation agreement with Russia in 2018.

Over the next two years, the number of posts grew dramatically, as the Syrian Arab Army and Russian support kept winning ground away from the “moderate opposition” in Greater Idlib.

The purpose of Ankara’s presence is not to specifically contain the Al-Qaeda-affiliated groups in the region such as Hay’at Tahrir al-Sham, but rather to act as a shield against adversaries.

Not too far from Idlib, in Qamishli, the Syrian Democratic Forces’ security wing – Asayish and the pro-government National Defense Forces (NDF) took part in a series of clashes initially inflamed by personal disputes.

At least 30 people were killed over several days, and many more were injured.

A ceasefire brokered by the Russian Military Police was reached on April 24th, but it was brief as reports of renewed clashes surfaced almost immediately.

Ilham al-Abdullah, a commander of Asayish said that the conflict in al-Qamishli won’t end until the NDF is removed from Tayy district.

This essentially means that the SDF refuses to recognize the pro-government forces as legitimate and attempts to push Damascus’ control away.

The situation in Al-Qamishli was another serious blow to the relations between Damascus and the SDF.

Despite sharing many common interests, the two sides are yet to reach a political settlement.

Nearby, Turkey and the factions that it backs are also hard at work on pushing Ankara’s interests forward, and some unity on that front could prove invaluable.

Well done Turkey, now we need to fix the relations so TAF and IDF can teach the SAA what happens when they support our enemies. In other news, tonight will be a critical night – if more rockets will be launched from Gaza, then Kochavi warned we might start an operation. Ready for the call. 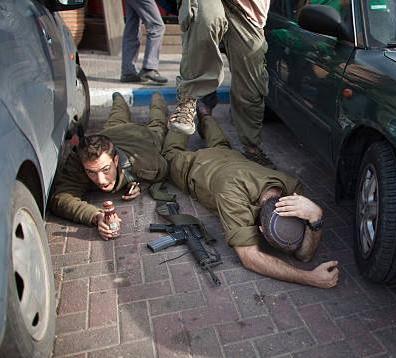 You won’t be hiding behind cars
or under a table? 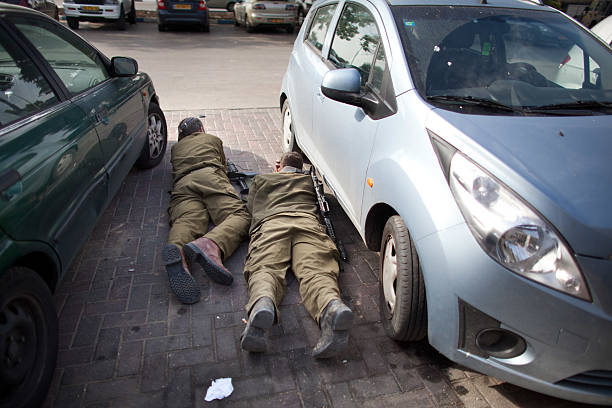 weapons at the ready.
what a S*it show.
what did you do in the war daddy? 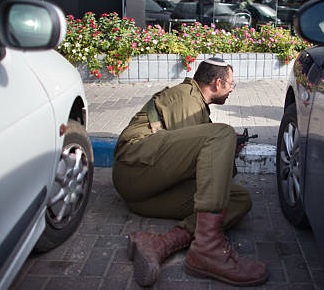 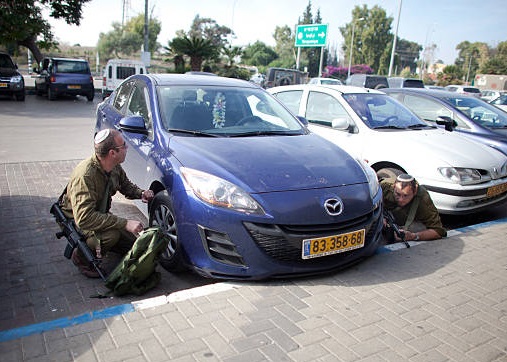 that must be the new iron-dome headgear.
cool 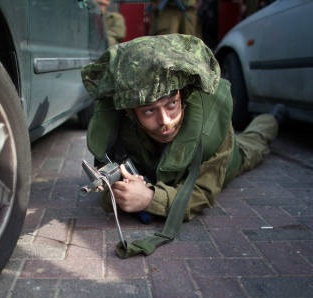 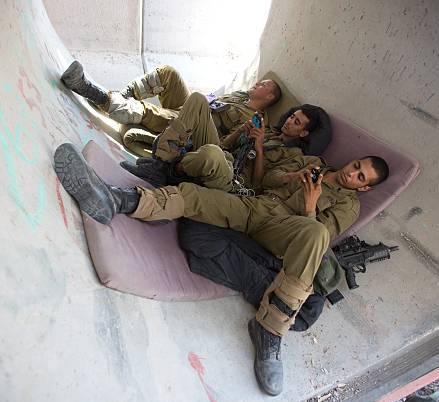 the children must be in school.
nothing to shoot at.

Israel was established by military force and terror so it makes sense it will continue forever.

Okay, now I can see who is behind turning Turkey into headchopping heaven. 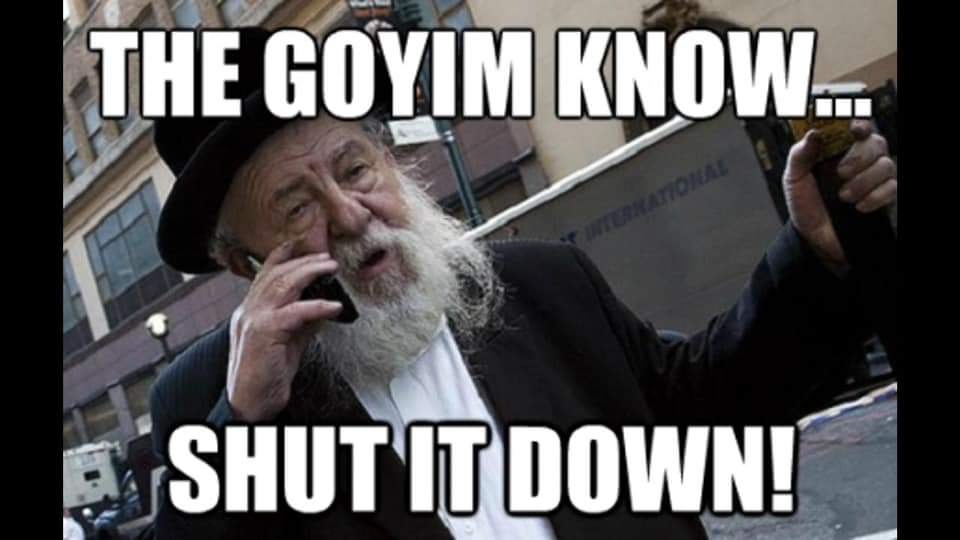 What a nonsense, as if orthodox Jews have any influence on political decisions in Washington, Turkey & Qatar. They get treated by them worse than WASP.

look who’s back …the diaper dude. lol
what, they didn’t call you the last time?
probably had your phone off while hiding under the bed.
stay there but keep a dry nappie near by.

Be careful what you wished for. Your enemies might want the same.

Iron Zion, the relations of Israel and Turkey can not be fixed under Recep Tayip Erdogan. This is illusional. Qatar & Turkey are the handelers and financers of nearly all terrorist groups including Hamas of cause. They share this influence with the Democratic party in US in exchange for a free hand in North Syria and Northern Irak. The Arab insurgency in Jerusalem and the rockets from Gaza are no accident. Basically the Democrats expect you to go in, in order to put the photos and videos of the collateral damage on CNN, MSNBC, YNet, Haaretz etc. Then later they will pressure you to give up land and reverse the good Trump decisions. I can only advise you to learn from Putin. He has masterfully handeled a similar pattern recently in Donbass.

turks will get mass murdered in iraq

TR doesn’t seem to realize that the Lira is not a reserve currency.
https://www.theguardian.com/world/2021/mar/22/turkish-economy-in-turmoil-following-sacking-of-central-bank-head

The little Corporal of Constantinople is using the tested formula of war to distract the pop. from the miserable econ news.
Will it work?

Did they say operation Claw-Eagle 2 was a success, only in Erdogan’s books. 3 Turkish soldiers killed, 3 wounded, 5 civilians killed plus 13 hostages murdered, yeah what a great success, and that’s not even mentioning the fact it pissed off Iran big time, now Iran’s totally opposed to Turkey’s next foray into Iraq. :]
Next time there’ll be 15,000 PMU militiamen waiting for the Turks when they attack Sinjar, which means the Turks will possibly be fighting both the Kurds and the Shia militiamen next time around. :]
The Turks have been operating in northern Iraq since 1992 [bombing since the 80’s] and what have they achieved during those 29 years,
Turkish casualties in Iraq, 281 killed and 739 injured, Kurdish casualties 6,391 PKK/YPG killed and 2,700 captured, but if you include non Turkish casualties that were either affiliated to Turkey or fighting for Turkey, their KIA figure actually jumps to 1,279. So to simplify Turkey’s side lost 1,279 killed and at least 739 injured [probably a lot more], and the Kurds lost 6,391 killed and 2,700 captured.
And between 2015 and now there have been 541 civilian casualties, but that doesn’t include civilian deaths between 1992 and 2015 [that’s when most of the fighting occurred], so civilian deaths are probably closer to 2,000 overall.
Well done Erdogan, 29 years of successful operations in Iraq and he’s no closer to achieving his goals now than when he first started, but lot’s of innocent people have died and many more have been forced to leave their homes, so that’s the true measure of Erdogan’s success in Iraq, and also the measure of his miserable failure at being human being.
I hope his choking on Biden’s recent comments about the Armenian genocide.

And concerning the problem in al-Qamishli the SDC isn’t opposed to Assad maintaining a military presence in the town, just opposed to the NDF forces remaining as the local security force, the SDC are more than happy to have the SAA take over the NDF positions and checkpoints.
Replacing the NDF with SAA will not only ease tensions with the SDC/Asayish, but also allow Assad to get on with more important business, which is securing cheap oil and wheat.

And what the hell does SF mean when they say this,

“Nearby, Turkey and the factions that it backs are also hard at work on pushing Ankara’s interests forward, and some unity on that front could prove invaluable.”

For who, Turkey and the terrorists? I’ll bet Assad doesn’t feel the same way about that, Assad’s probably quite happy with all the disunity and infighting going on amongst the terrorist ranks, he probably laughs himself silly every time he reads a new report about infighting, I know I do.
Wash your mouth out SF, wishing for more unity amongst the Turkish and terrorist ranks isn’t what most of us readers want to hear, we don’t think it would be “invaluable” at all, most of us think it’s the worst thing that could happen.

Turkey is a loose cannon.
Turkey has no game plan. They run to NATO, run to Ukraine, run to ISIS and then when in trouble run to Russia.

Turkey may be a trigger for global war!

Gadaffi and Assad turned the tide of history against Jew maggot domination using my existence as their psychological weapon, since then US hegemony has only gone won way, – down.

Anyhow least we forget, it was Brother Erdogan the only State Official, maybe North Korea too, regardless of that and probably a few others, it was Turkey who supported Gadaffi and for all practical purposes and no one else.

When the end was getting close Brother Erdogan asked Brother Gadaffi to stand down and back off Misrata because the knew Britain and France had cajoled Obama into attacking Libya.