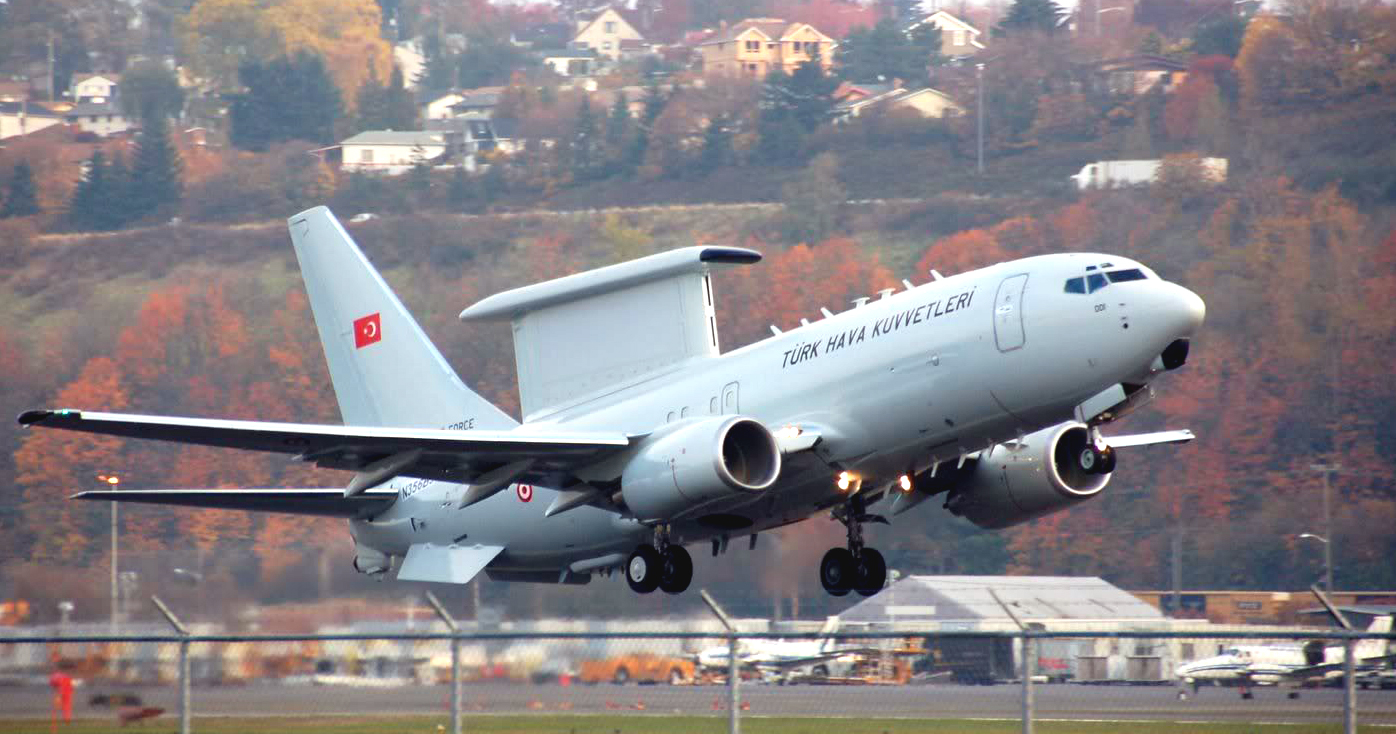 The E-7T AEW&C is based on the Boeing 737. The aircraft is equipped with Northrop Grumman’s Electronic Systems Multi-role Electronically Scanned Array (MESA) radar, which has a range of up to 600 km and can perform electronic intelligence (ELINT) tasks. The Turkish Air Force (TAF) operates four aircraft of this type.

Turkish E-7Ts have not been seen over Libya, so far. However, on March 27 a Peace Eagle was spotted flying off the western coast of Cyprus.

ISR flight over the Med Sea, off the west coast of Cyprus pic.twitter.com/LvOZISO7Ej

Last year, the Turkish military began deploying UAVs in Libya to support the Government of National Accord (GNA). Turkish UAVs are not only conducting surveillance sorties over the country, but also providing close fire support for government forces fighting the Libyan National Army (LNA).

Turkey’s support for pro-GNA forces increased in the last few months. However, Ankara’s allies are yet to make any achievement on the ground.

Doesn’t the GNA have virtually no air-power? If LNA fighters can reach out to the mid-Mediterranean, they should go after it.

Aircraft like these are protected and screened with a multilayered doctrine. And if you even try to takeoff and go for it, they will spot you before your landinggear is up and locked.

Going for one of them, with SAM´s or planes is pure suicide and would results in nothing.

Its way better to disrupt and jam their systems, or just put up fake signals and false positives. The Serbs have pretty good experiences doing that.

What do you mean protected and screened? Fighter escorts?

Well they normally would have protection, but I don’t think Turkey’s F-16’s have the legs to follow them out that far and stick around for very long. So what exactly is protecting them against an LNA fighter making a quick shoot and scoot against one?

Sure they could no doubt detect it approaching, but it would at least force the AEW&C plane to have to flee. Possibly disrupting their link with any drones?

F-16´s can refuel in air and TAF have their own tankers, so thats a possibility. And they are possibly on a standing guard (Allready in the air outside LNA detection).

Its very possible that a LNA fighter can try, but the moment it takes off its detected, and as soon as the AWACS see them and know their intent, they starts jamming and head towards own units. Before a LNA fighter is in range and have a lockon, im in no doubt that TAF fighters are very close and will hunt and kill it. So if i was LNA fighter, i wouldn try anything against that AWACS. You can try a diversion/mad dog/bulldog missile (Fire it outside its range and without a lockon) and hope that the enemy sees it and heads home, but that would be a waste of missiles and a PR stunt for the TAF.

I dont know the range of the dronelink system, but you are right that it could loose connection to them, but i guess some kind of override program or system would kick in. Or perhaps they just fall dumb and blind to the ground, i dont know.

Because you are the only clever one around , and these planes are not protected by warships/war jets

A low IQ Turd losing reality, what a shocker.

You seem to be abit triggered , house negro . Calm down.

Yes they should, and if russia can help them, even better

Time to down them!

WNSS
Reply to  Assad must stay

These planes operate in international air space, you cannot legally shoot them down just like that. You must use counter EW measures. T

Assad must stay
Reply to  WNSS

Sencer
Reply to  Assad must stay

Reading a few comments such as yours , It is not hard to understand why Syria in such a mess. Leaving the consequences of such an action aside,, Syrian junks can hardly fly over Syrian airspace, and morons like you are speaking about downing planes in Central Mediterranean.

Assad must stay
Reply to  Sencer

Sencer
Reply to  Assad must stay

Thats what uninformed daydreaming losers do when they confront realities.