Turkey and Iran have reached an agreement to launch joint military operations against groups on their border with Iraq.

The two countries will be cooperating against the Kurdistan Workers’ Party (PKK) and its Iranian affiliate the Kurdistan Free Life Party (PJAK). Joint military operations will target both Kurdish groups.

“Both sides emphasized that it was incumbent upon both countries to fully utilize the existing cooperation mechanisms against the activities of PKK/PJAK elements and the other terrorist organizations along the common borders, and to take coordinated steps for a result-oriented cooperation, including joint operations, in countering terrorism and organised crime,” a joint Turkish-Iranian statement reads, according to the Middle East Eye.

The Turkish-Iranian agreement will restrict the movement of Kurdish guerrilla groups and place more pressure on their cells. The agreement is a sign of a significant rapprochement between Ankara and Tehran.

A historical era has come for both Turks and Iranians. Northern Iraq has been a nest for terrorist groups since the US invaded Iraq. It’s time to clean it once and for all! Destroy all PKK camps together with those militants inside. This will be a huge blow to the face of US presence and effectiveness in Iraq and Syria.

How come ” very important historical era” has not come to Syria?
I am sure that some kind of arrangement between Turkey and Syria is possible if Syria
can liberate her territory and Turkey can get rid of PKK Kurds.
Can handful Americans protect Kurds and would they want to do that at all?

So why is Turkey not talking to Syria – Assad about that problem?

What kind of the agreement is there between Turkey-Russia-Iran-Syria when it comes to Kurds really?
You must have some complete solution for Kurd PKK if not they will simply move to Syria on territory protected by US

It will come to Syria too of course. But the main bases of America are in Iraq, especially in Erbil. The US is in Iraq since 1991, but in Syria since 2011. Also Syria is generally plain and full of deserts which are hard to hide meanwhile northern Iraq is full of high mountains which makes it advantageous for terrorists to hide and attack. I don’t say it will be totally over after PKK is eliminated in Iraq. But if we weaken PKK (which has direct connections with YPG) and cut the supply routes of the US from Iraq to Syria(Mainly Sinjar), it will be the end of YPG. I agree, it would be much easier by talking to Assad but you know the political situation. Erdogan is too hesitant to do that due to domestic political reasons at the moment. Russia is the mediator. But after Iraq operation, we may expect direct talks between them while attacking YPG together. At least i hope so.

OK thanks for the detailed explanation.

it will come to syria too of course..when we launched operation to east of syria who stopped us?pkk is already eliminated at north ıraq..James jeffrey always visit us why? they are trying to diversify pkk from ypg…in east of syria where ypg-sdf reigns at primary schools students gets ypg education,education books are full of their local heroes..even macron accepts them at palace of versaille which recognizes their legitimation..autonomous ypg region at syria is already working..uae,ksa finances them…

You are right about that.

lol.. dont tell to anyone..

I know many languages.

haha r u sad that your turkish Operashyeon SpRiNg ShIeLdZ general was DeStrOyKeD by a landmine in Idlib today? https://twitter.com/Aminda_BUT/status/1303735356337123331

1)your source is pkk affiliated therefore false..these guys even destroys sub-marines with rpg-7 2)general died because of heart attack not mine..picture is fakely illustared
3)yes ı am sad if it makes you happy..4)he was not the general of op.spring shield…your source is full of shit..

haha deny deny, first symptom of being an in denial turk :

ı dont have time for your childish comments bub..belive or not its up to you..

another victim of unprotected sex…

another pidaras..sashlik..sending his love to his family from hell… 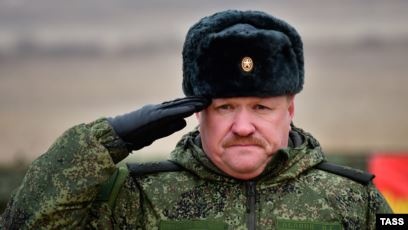 ” they are trying to diversify pkk from ypg.”
Both factions are controlled by the American Zionists. So it’s basically the same. The whole world is controlled by 2 centers of power …. we see it happening right now in America … but also in other countries. As in Lebanon but also in Libya … these two centers of power have divided both countries and regions on the planet. 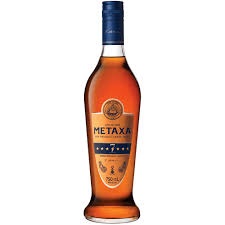 Do you drink alcohol ??

Me too. but no ΜΕΤΑΧΑ.

To do this, you must eliminate Israel. !! You can do it;; Israel wants an autonomous and independent Kurdistan. Can you hit Israel ??

One of the setbacks for either of the countries is when the terrorists cross the border and enter the other country, where our (or your) forces cannot follow them anymore and it will be too late when the other side arrives.
I hope both countries foresee a mechanism for such situations, like each country’s military be able to cross the border within certain depth with a quick notice to finish the job. Or both countries deploy a highly mobile force close to border to be able to take the peruse at the border from the other side immediately.

PKK /PJAK takes advantage of the lack of such coordination. If we solve it between us, the snake pits in Iraqi KRG will be dealt with much easier.

Tell me please, is this true?
“US, Turkey Send Additional Reinforcements Into Bases in Oil-Rich Northeast Syria”
The sources also said that Turkish forces also brought in large amounts
of military reinforcements into Syria through Ras al-Ayn and
al-Sukkariyah crossings in northern Hasakah countryside. They added that
the Turkish military convoy headed toward the villages of Bab al-Khair,
Dawodyah and Anyq al-Hawa in Abu Rasin district in the northern parts
of the oil-rich province.
https://fort-russ.com/2020/09/us-turkey-send-additional-reinforcements-into-bases-in-oil-rich-northeast-syria/

Turkish forces inside YPG territory? Cool story lol. Seemed like fake news to me. Easy to prove with pictures if it was true.

I think the same!
It seams American media is hard at work in propaganda and disinformation.
CIA has trained them well

The cooperation between Turkey and Iran is much deeper than most realize, they coordinate on most issues and the Syrian issue will be resolved as well. The Kurds are the most treacherous puppets in the region and need to whacked, and they will be.

Great news! Turkish general in charge of February’s Idlib operation was sent to Paradise by a landmine :)

I feel bad for Kurds, but they are stupid to think just because US back them they can just steal lands.
Kurds are 9%~ of Syria and they want to hold 1/3 of Syria and steal the Syrian oil….nah
If they think they can do that, then just remember history how US fuked them over again and again.
PMUs in Iraq are doing the right thing, taking oil field back from Kurds and SAA soon should do the same thing before it is to late.
The saddest part is US gonna backstab them again….look at Afghanistan, apart from that no-one in ME wants to see Zion State 2.0.
Image if Kurds steal lands from Syria and Iraq….a pig farm in middle of Syria, Iraq, Iran and Turkey.
Kurds “dream” of their own homeland and that is true….it is a “dream” if they follow US orders.

Iran will succeed, fewer Kurds; Iraq has failed for decades

the kurds and the various factions are a problem for turkey, syria and iran and jointly they can bring them back as tenants in the borderland of those same three countries. the kurds have not really inspired any trust through the mendacity and backstabbing ways, particularly over the last 7 or 8 years when they sold out to the disjointed states of A and the jews in palestine, which they obviously should not have done.