The Turkish army has built foritications at Tal Ziyab to defend the supply route which ISIS uses for smuggling the Syrian oil from the ISIS-controlled city of Raqqa to Turkey. 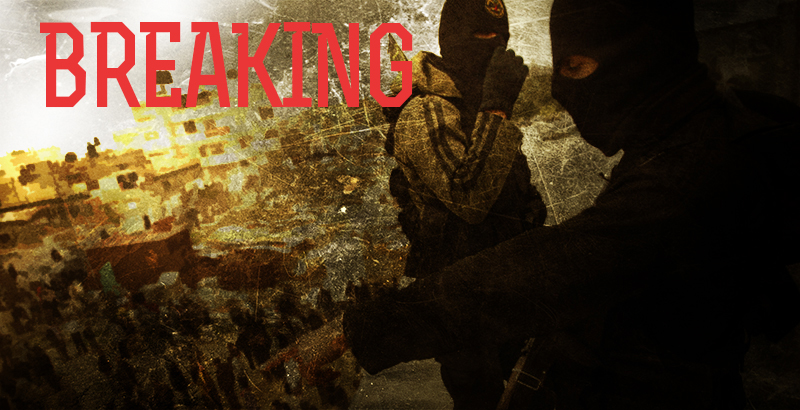 The Turkish army invaded the Syrian territory and took control of the hill Tal Ziyab. Troops crossed the border accompanied by bulldozers.

Considering the location of Tal Ziyab, Turkey wants to cover the smuggling route of the Syrian oil which is taken out of the ISIS-controlled Raqqa.

“It is a challenge to the sovereignty of Syria from the point of view of international law, and we encourage the Syrian government to protest against the international courts at the official level, – Lifenews cites one of the locals. – In the past, support for the terrorists conducted in secret, but now it is official action of the Turkish army, which requires a formal protest to the United Nations “.

It seems that Ankara has decided to act much more aggresively after the Ministry of Defense of Russia were released pictures and videos of oil delivery convoys at the border between Syria and Turkey.

We remember, on Nov. 24, the Turkish Air Force shot down Russian Su-24 in Syria. Discussing the incident Russian President Vladimir Putin has said that the Su-24 was shot down by Turkey to protect oil deliveries of the ISIS terrorist group.

Not in Goole maps where is this located.

Seek and you will find…

Why don’t the Russian bombers flatten these “fortifications”?

We can look forward to Russia bombing them into manure.

Russia should launch some ballistic missiles at this area.

Turkey is part of NATO. it is a very dangerous idea for Russia to attack Turkey directly

Check the NATO chart, and come back again.

Crime of Aggression part of the ICC mandate http://www.iccnow.org/?mod=aggression

This is connection we are looking for. Turkey and NATO support terror and steal Syrian Oil in the name of democracy. So if we(NATO) help ISIS and Turkey in this we are terrorists as well as American goverment who create ISIL. We should stop our politicians in doing this war crime.

Or stop fighting the ISIL or stop pretending to do so and openly deal with “syria” oil. It is folly to spend billions that taxpayers shell out in order to support mafia business. I hope it is at least taxed :D

we didn’t create them saudi and turkey did. We in the US don’t like them.

Be specific. As Frank Dean says, where is this place? Totally made up?

Syria and Russia only have to bomb those position

It seems that Turkey are invading Iraq by mobilizing 3 main battle tanks , 2 infantry fighting vehicle and several SUVs , backed by bulldozers . Great Scott ! the Turkish Army have mobilize the entire Turkish Southern Army battalions . Iraq is in dire position right now ! Any time soon that Turkish Army Group will overran Mosul . And they will surrounded Baghdad in less than a week . I think the Iraqi military should made a huge counter offensive with all the fire power that they have , to repel this ‘evil’ and ‘full scale’ military manouver by the Turkish Army into Iraq . I think the Iraqis will called for Russian reinforcements with war planes and heavy artilleries to repel this ‘evil’ and ‘massive’ invasion . Quick ! All Iraqi military personnel and militia , including the Hashd Hashbi must be alerted regarding this ‘monsterous’ scale military invasion . ERDOGAN MUST PAY FOR THIS BACKSTABBING ! Russia will retaliate by sending 3,000 tanks , 300 warplanes , and 150,000 troops to exact revenge ! And , Russia will impose economic santions on Turkish products , including kebabs and falafels . Gee , I think the Russians are the ones who will regret ; no kebab for dinner , not to mention not having a single falafel for a few years .

Turkey just runs over the shiites and together with Saudis will rule over the large part of the arabic oil world. Then they will invade Israel, as Erdogan promised, and the Israeli will choke on the cheap oil they were getting illegally from their arch enemies.

Turkey and Israel cooperate with helping ISIS. Have you not noticed that ISIS has done nothing against Israel? Israel even treats the injured terrorists who’ve been fighting in Syria. They’ve also sent weapons. And you have Israel testing Syria with bomb attacks.

Russia is very far away, from the military stand point they cannot do nothing really because Turkey plays on it’s home back yard so to speak.

Iraqis shouldn’t have stopped their resistance to the U.S. occupation. Sometime around 2007, the resistance was quelled because it was paid off. Thereafter, the U.S. installed a fully puppet government and they weakened and sabotaged the Iraq army. They must have been, at least indirectly, behind ISIL taking over all the weapons, with Iraq officers putting up little or no resistance. There were also systematic murders of Iraqi cadets. Certain Iraqi soldiers mentioned something about being ordered to retreat. The U.S. military spokesmen and government seemed entirely calm when this was happening and didn’t lift a finger to stop it. The U.S. created and incubated ISIL. Then, after this, with all those Iraqi weapons, they invaded Syria and took over a lot of territory and then the oil fields, which they use to finance themselves. U.S. then staged some fake be-headings in a studio in front of a green screen of “humanitarians” (who all had military backgrounds) to alarm their population and thus give an excuse to fight ISIS. So this allowed U.S. to start bombing inside Syria, and now we have more and more mission creep, as their ultimate goal is to remove Syria’s government, and install a puppet government, like in Iraq.

Syria is to Turkey what is Ukraine to Russia. What would happened if MATO came to Ukraine and bomb estearn Ukraine. Think about that.

jj
Reply to  Baca Has

Syrians are not Turks and I don’t think there is a significant percent of Turks in Syria. Meanwhile, eastern Ukraine is heavily ethnic Russian. Also, most all of eastern Ukraine had been part of Russia until the Soviet leaders or earlier Russian leaders decided to add it to Ukraine. Turkey has been a long enemy of Syria. Syrians were fools to remove all the mines from the Turkish borders, just a few years before the war started in Syria. Turkey feigned friendship, but it was all in preparation for this war, which was part of the U.S./west’s plan with Turkey, as one of their dogs, taking a major role.

They are not our dogs. Most people in Turkey are good people. We in the US like good people. We like good Russians. We think people should allow people to prosper . Putin likes to show he is strong by bulling. We are a little different. We learned our leassion in Iraq. Hope people will be allowed to prosper there so all the refugees can go home.

Russia is too afraid to attack Turkey. Great to see Putin’s empire challenged.

Putin is not afraid of Turkey. He is afraid of attacking a NATO member, which Turkey is.