On April 11, the Turkish-backed Free Syrian Army (FSA) banned the fifth batch of Jaysh al-Islam fighters, who had been evacuated from the Duma district, from entering the Turkish-held city of al-Bab in northern Syria, the Syrian pro-opposition news outlet Enab Baladi reported. A local source told the news outlet that the fifth batch consists of 4,100 civilians and fighters of Jaysh al-Islam. According to the Ministry of Defense of Russia, over 3,354 fighters of Jaysh al-Islam and 8,642 members of their families had been evacuated from Duma district since the evacuation agreement was reached on April 8. Jaysh al-Islam also handed over most of its light and medium weapons to the Syrian Arab Army (SAA) and burned all of its heavy weapons during the last two days.

The Russian Ministry of Defense added in an official statement released on April 11, serivcemembers of the Russian Military Police will be deployed in the Duma district on April 12. The deployment is a part of the original agreement, according to Syrian pro-government sources.

The number of the remaining fighters of Jaysh al-Islam in Duma district is unknown. However, local observers believe that the evacuation process will be over within 48 to 72 hours.

The city of Douma became the place of the alleged chemical attack on April 7. The reprots triggered a large-scale escalation over the conflict in Syria. The US and its allies are currently drawing plans of miltiary actions against the Syrian government. MORE HERE

All the stories of the chem weapons attack came from the White Helmets, known fakes. Details as follows thanks to Vanessa Beeley: http://21stcenturywire.com/2016/09/23/exclusive-the-real-syria-civil-defence-expose-natos-white-helmets-as-terrorist-linked-imposters/

Doesn’t matter. Western MSM and their owners stay on message and will have their bombing.

Assad should have gotten rid of chemical weapons back in 2014 like he and Russia promised. Now he is blamed for every chemical attack. The world has an excuse to beat up on poor old tired, weak and soon to be crippled Syria.

Assad did get rid of the CW in 2013. That was confirmed even by the US.This isnt about CW..

Why do don’t the US and UK stop making them and get rid of their stockpiles at the same time put up or shut up time!! Tell you what why don’t you tell them that you hypocritical dunce!!

chill baby chill…..Animal is gng to psy the price

might will suppress truth. and turkey wiill side with the mightiest

Trump has caved in already, he’s preparing to save face by toilet ritual replacing flushing.

It’s so IN YOUR FACE, it isn’t even real. Zionists appeaser Putin allows NATO (in the form of Turkey) to INVADE Syria. Turkey butchers the anti-ISIS kurdish forces, and takes over town after town after town. Putin ships all the wahhabi terrorists from East Ghouta to safety in these towns, where NATO immediately starts to build giant new wahhabi armies ready to swarm westwards again, the moment the blitz on Syria begins.

The terrorists from East Ghouta are the most fanatical, but more importantly the best trained by the British and Americans. They have been built from the ground up to form a new ‘regime’ in Syria.

Not one of you here questions why zionist appeaser Putin allowed NATO to invade Syria, in preparation for the coming blitz.

You are a strange piece of work , arent you ?

Russia intervened in 2015 at the request of Syria – it had no responsibility prior to that to get involved. Considering it only has a small number of aircraft & personnel stationed there its has achieved better than expected results.

“Russia intervened in 2015 at the request of Syria – it had no responsibility prior to that to get involved.”..oh please..spare me that bs

Yes, fair enough. But implied in your comment is the notion that Russia went in prepared, and expecting, to get away with doing only a half job. Don’t kill off so many jihadis that you’d lose weapon and energy deals with the Saudis. Don’t upset the rabbis which would cost you access to international financial markets. Most seriously, Vladimir “Tsipras with nukes” Putin apparently thought he could destroy the Dark Throne’s terrorist investment, and somehow be rewarded for this with “partnership”.

I doubt that Putin has much time for watching movies, but Cloud Atlas had this quote “The weak are meat, and the strong do eat.”

The Russians are not stupid and know Saudi Arabia can’t survive long as there might be some future backlash against Saudis partitioning them and this is going to happen. Think Monarchies in the Middle East will become a thing of the past. Starting to see many waiver now and a more unified secular republics will be the norm. Nothing about Russia is weak but if you are referring to an overburdened Western economic power structure being financed on debt then you would be correct in that assumption. The West is fast becoming an irrelevant economic based power society, most are so far in debt that is fast outstripping their GDP and economies are just getting smaller and no real economic growth in the future will stave off the collapse. 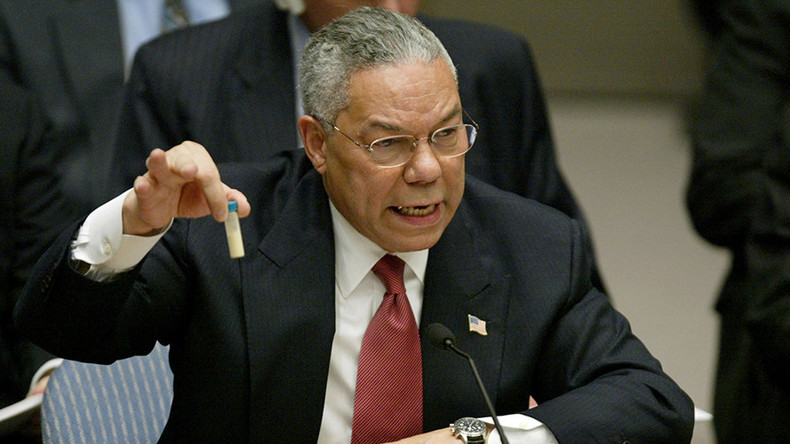 :large
Click on above link, like Trump, May and Macron Tony Blair has also deluded the world by his lies and shit. Saddam and his nation were innocent just they invaded Iraq for Israel. 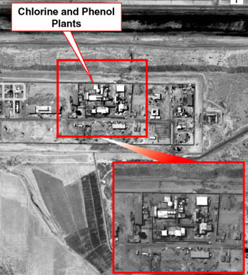 Now show to the world where are Iraqi Weapons of Mass Destruction or WMD. Monkeys.
In Palestine, Afghanistan, Iraq, Syria, Yemen, Libya etc. every where you have done shit and now Russia are cleaning your shit. ?x22691
Trump, May and Macron deluding the world by false chemical attacks in Syria to make it cause to invade Syria. We know that they do tricks to wash lands with blood in the nations but these tricks will be smashed on their faces.

Never forget Vietnam war either, US sunk their own ship, and started war against Vietnam blaming them for it, and bombed villages that had never seen a plane, they thought what big birds are dropping eggs there, before they exploded their homes, and killed their families.

The US sunk the MAINE in Habana killing their own marines, to go to war in CUBA 1898, kill over 3000 American citizens in 2001 to go into Afghanistan and implement the “war” on terror a terror that they are the CREATORS.

The Washington, UK and France politicians are witches.

No worries! The US, much like Erdogan is all bad breath with little manhood in its leadership, if any at all. Same as the cowardly Israeli child killers. They can mouth off all they want but they are slowly and surely being kicked out of all of Syria. Don’t blame Putin. he is a master strategist. He remains calm and dignified no matter the circumstances as he cleans out all the invaders of the Syrian landscape. Southfront, too, although I admire their news feed, there are at times to much drama without facts attached to their “attention getters”.– a bit of unnecessary business, i guess. Remember Donald Duck sending all those war ships to blast N. Korea? Guess what happened! Same nonsense in the case of Syria. There will be more bloodshed and innocents slaughtered in this evil-empire grabbing but the shades of night are closing in on the “bankster gangsters” and the little people who do their evil bidding.

Putin is a crypto-Jewish traitor to Mother Russia and the rest of the Christian world.

The chief rabbi of Russia, Berel Lazar, is Putin’s mentor and great friend. Putin’s link to the Jewish mafia of Chabad is well documented.

Even though Jews (Bolsheviks) have been killing and oppressing Russians by the millions for a hundred years by now, Russians are still in love with Jews. The so-called Russian oligarchs are Jews, as are Medvedev and Putin.

To put it in the mildest of terms, Putin is not a good man nor a great strategist who has Russia’s best interests at the top of his priorities.

Here’s a partial list of things explaining why Putin is part of the problem and not part of the solution:

1. Putin never stopped selling Russian oil for American dollars thus aiding and abetting Russia’s sworn enemy, the American MIC.
2. Putin never nationalized the City of London owned-and-controlled Russian central bank and never took control of the ruble away from anglozionist bankers.
3. Putin never stopped BACKING thereby subsidizing the petrodollar with Russian oil.
4. Putin enabled NATO to kill Gaddafi.
5. Putin sells Russian gas and oil for Euros (which are just a different name for the dollar) to the European Union who commit acts of war by passing sanctions against Russia along with the Americans.
6. Putin never demanded the Americans leave Syria.
7. Putin never declared Syria’s airspace closed to America.
8. Putin never helped the Russians in Eastern Ukraine establish secure borders and independence from the NATO-imposed criminal regime in Kiev.
9. Putin sold highest-level-military-technology S-400s to NATO via Turkey thereby directly impairing Russian national security.
10. Putin sold S-400s to Saudi Arabia who are wahhabi muslim terrorists bent on the extermination of Putin’s allies the Alawite/Christian Syrians and Shiite Persians.
11. Putin collaborates with the Turks who are proud to have ambushed and shot down Russian jets and killed Russian pilots. Turkish President Erdogan wowed to shoot down Russians again.
12. Putin opened Syrian airspace to the Turks so that they could bomb and exterminate the Kurds of Afrin in Northern Syria, just like the Turks did to the first Christian nation of the world, the Armenians.
13. Putin ALWAYS allowed the Americans and the Jews to bomb and kill Syrians and Russian military personnel with impunity.
14. Putin never punished the Jewish terrorists who exploded Russian passenger jets killing hundreds of Russians.
15. Putin agreed to pass sanctions against North Korea thereby agreeing to starve the North Korean population.
16. Putin refused to deliver the self-defense-related S-300s to his supposed ally Iran.
17. Putin has not provided up-to-date SAMs including S-400s to his Syrian allies.
18. Putin is still “investigating” the recent crash of the Russian plane that killed dozens of Russian pilots which were among its passengers.
19. The zionist oligarchs are still in power in Putin’s Russia.
20. Russians are still not better off than they were under the Soviet Union.

Erdogan’s reputation is well-deserved, but just because of this … flexibility, Turkey may be a reliable wind-vane. They go with whom they perceive to be the strongest, and at the moment Russia looks to be staggering against the ropes after being dealt blow upon blow. A Grand Coalition of the Scum of the Earth is not something Turkey would be uncomfortable in.
If Russia had wanted its own coalition of friends and allies on its side, then by Middle East rules they should have restored order to Syria and be seen to be the strongest. Being mature and reasonable and all that isn’t looking like a winning strategy even in Europe at the moment.

IF RUSSIA FALLS THE “US” DEEP STATE MILITARY, CAN FINALLY TAKE OVER﻿ THE WORLD! AND TURKY WILL BE THE ENEMY OF THE GREATER ISRAEL AND WILL BE CONQUERED BY ISRAEL WITH THE AMERICAN SOLDIERS.

Sweet dreamer .which 1 you on. Crack cocaine