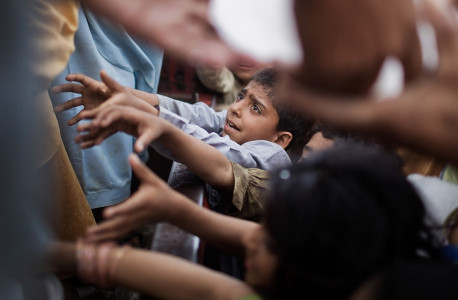 Turkish President Recep Tayyip Erdogan said on Monday as in neighboring Syria and Iraq raged violence his country had opened its doors without distinction to more than 2.5 million Syrian and Iraqi refugees.

«Turkey has already spent more than $9 billion on services for migrants», – Erdogan told a press.

«All these refugee dramas we see, these dead people’s bodies, are the symbols of this conflict», – he said during a visit to Chile.

European partners are pressing Turkey to implement tighter border controls to stop migrants crossing the country. The EU has already offered to make it easier for Turkish nationals to come to the EU if Ankara attempts to slow the numbers of migrants and refugees in Europe.

Europe increasingly appears with a sharp criticism against Turkey, which deals with Europe’s migrant crisis in return for cash, visas and renewed talks on joining the EU.

Turkey knows well how use European partners to its advantage, by promising to stop the flow of refugees in Europe if a powerful lot of money is received in front.

Western colleges continue to encourage Turkish side to work intensively to solve the crisis — not only to stem the flow of people but to improve conditions in camps in Turkey.