Agreements on the demilitarized zone in Idlib have not been implemented by Turkey as of yet, but Russia is grateful to its Turkish partners for the work they are doing, Russian President Vladimir Putin told a plenary session of the Valdai Discussion Club on Thursday.

“No, they haven’t implemented [them] as of yet, but they are working on this,” Putin said when asked whether Turkey had met its part of engagements. “We see that they are working. Things are not that easy, on the contrary, everything is difficult,” the president said.

“But they are carrying out their obligations, and this demilitarized zone, which we agreed to set up, the 15 to 20-kilometer deep Idlib de-escalation zone, is being created,” the president added.

Not all militants have been withdrawn, the Russian leader said. “The Turkish partners are doing everything to comply with their commitments,” Putin said, adding that the Turkish partners had even deployed a military hospital to that region. He characterized Turkey as a “rather tough and rather efficient” party in fight against terrorism.

Turkey have no intention to implementing the demilitarized zone.Put.in is very naive and Erdegan is playing Pu.tin. Pu.tin thinks Turkey will leave NATO, if he please Turkey. Put.in is wrang again

Joey, you simply don’t have capacity to comprehend what Putin is doing. Or may be you do but your job is to try to ridicule him because he is doing so well?

Oh brothers Mujahideen in Syria, we wage Jihad together and i swear by God to reconcile the heroes, God bless us. https://youtu.be/jc5fn_G2juE?t=82

NICE CIA VIDEO.Reminds me of the first fake jihadi website-right after 911.
it was funny-but people believed the videos and writings.
The website was called: Jihad Unspun.wanted you to believe al qaeda and whoever were behind the website. ip address showed military bases.

Your only.”brothers” are the thieves south of lebanon

Maybe strategically but justice must not only be done ,it must also be SEEN to be done. Russia needs to torch a few more headchoppers in Idlib to show it is on to getting Turkey to work harder!

rubbish you and trash putinbeater, which amounts to never seen amount of garbage for any singel person.

Your kind of propaganda anti-Putin don’t worth a dam, I hope you are an amateur.

Do you get a kick out of making fun out of poorly educated Americans?
And Jews wonder why nobody likes them.

In the name of AIIah, the most gracious, the most merciful. And hold fast to the Bond of AIIah together, and do not scatter. Remember the Favor of AIIah bestowed upon you when you were enemies, and how He united your hearts, so that by His Favor you became brothers. Statement by the First Brigade: In accordance with our beliefs that our union is a key to the success of our revolution, we, the First Brigade in Raqqa and Idlib neighborhoods, announce our full and final merge with the Free Idlib Army corps hoping that this step brings us closer to our triumph, freedom and Justice against the regime, its militias and paid traitors. 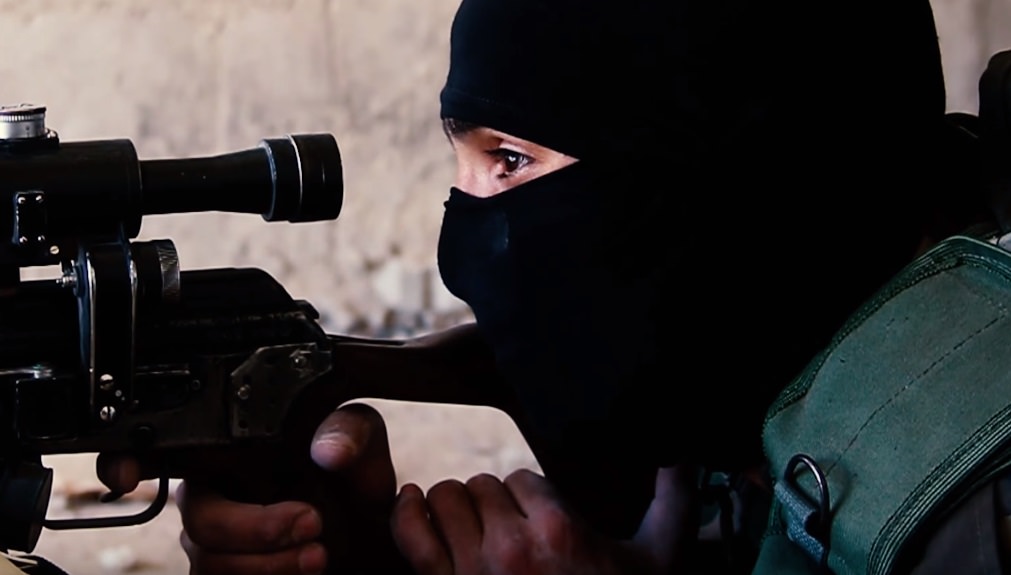 You Jews have no shame, throw yourself off a cliff.

oh i am a scumbag jew my god is better than yours.
allah yeshuda dumbmotherfucking idiots.
who gives a fuck? all religions suck-find god or whatever outside of some lunatics mad rambling.i agree sinbad2-without saudi arabia and israel we might all survive.

You seem to have mixed up your accounts?

yes i wanted to reply one step above you.
sorry about that.

Your mother us ashamed of you.
All.muslims hate you.

How does it feel to be hunted?

allah and yeshuda and both your religions make no sense. also i smell jihad unspun
again. i pray for the day israel jewhadi scum bags and saudi sand nigger arabia are smitten from
the face of the earth. and the lord said : you are the chosen ones
god fucked up really bad-you perverts.

The Zionnazists are not as intelligent as so many Jewish philosophers and scientists, from Spinoza to Marx, to Rosenberg or Einstein, but fanatical like the Wahhabi or ISIS jihadists.
The Palestinians are much more civil.

no just like the scumbags they are. no need to embellish oh chosen one for the shit hole.

who gives a fuck?

Trust putin to say what needs to be said by with characteristic understatement. Dry wit.

Exactly, nad Turkey will never implement this agreement. Yes, Putin let himself go by economical considerations rather than origina principles of getting rid of terrorists in Syria. Turkey (with USA advise) knew how to handle Putin.