Argus-eyed the European Union is looking at Ankara. The Turkish government can not be happy about the latest Turkey-report from Brussels. Seda Serdar fears that there will be further trouble for Turkey. 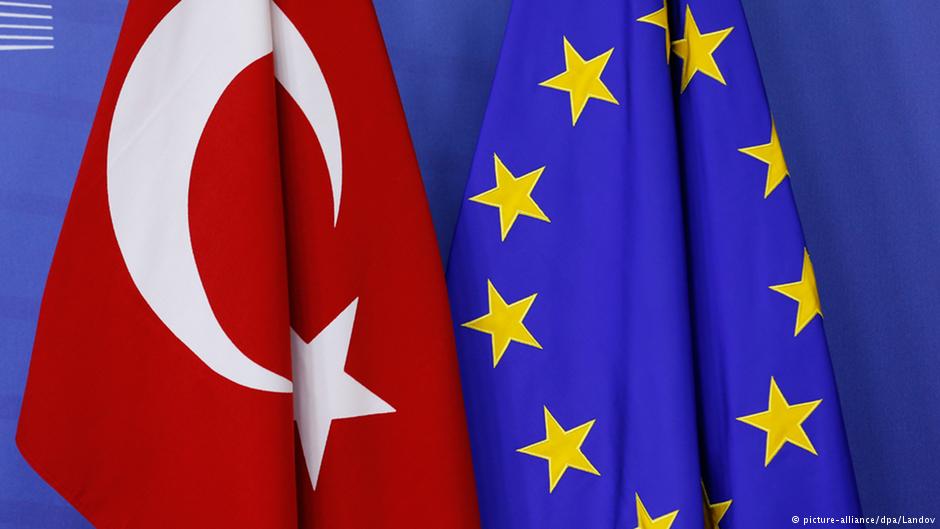 Originally appeared at DW, translated by Sophin exclusively for SouthFront

While preparations for the G-20 summit in Antalya this weekend are going on, young journalist Canan Coskun will be standing trial on Thursday in Istanbul. Her crime? Investigative journalism. In fact she is being punnished for having been doing her job. And for that a 24 years and 3 months sentence is hanging above her head. Regrettably her trial is not the first of that kind. Over and over again journalists get prosecuted by the law because they tried to expose corruption, injustice and other political scandals. These attacks on freedom of press are being noticed in Brussels.

The latest progress-report of the EU-commission on the accession candidate Turkey shows that there isn’t enough progress in the country. The situation is even deteriorating it shows, especially on topics like freedom of speech, freedom of assembly, independent judiciary, the separation of powers, the expansion of presidential power, changes in the Internet legislation – the list goes on and on. Thus, Turkey removed itself further from European democratic standards.

The Turkish government has responded quickly to the EU report. In their opinion, some of the allegations are unjustified, excessive and therefore unacceptable. The fact that Prime Minister Ahmet Davutoğlu is meanwhile talking of a new constitution, which should safeguard civil liberties and the separation of powers, is just irritating. The past 13 years have shown that such utterances always remain theoretical in nature – unless a new government will finally make a real
difference in practice.

Should Davutoğlu be serious, then he may have to first and foremost ensure that the media does not remain under pressure and journalists can do their job without feeling threatened or the need to exercise self-censorship.

Although the ruling party for Justice and Development (AKP) has the feeling that, after the election victory, their powers are unlimited – this impression is misleading. Turkey needs its partners in the EU just as much as they need Turkey. Brussels has done nobody any favors by withholding the progress report until after the early elections. The EU thus showed weakness, while the AKP felt stronger than it really is. In future, the EU should send clearer signals to Ankara. From time to time announcing that Turkey is an important ally, will not be sufficient. Even the plan to convince Turkey with financial assistance to tackle the refugee crisis together will not work. The EU needs better incentives – not only in terms of the refugee crisis and the civil war in Syria, but for the strengthening of  democracy in the region overall. What could be more enticing, as the revival of the accession negotiations to the EU? Nevertheless, it remains the question whether Turkey will go down on it. It would be in everyone’s interests, to walk this bumpy road together.