On May 16, a convoy of the Turkish Army, consisting of dozens of armored vehicles, bulldozers and trucks, entered the town of Eshtabraq near the city of Jisr al-Shughur in the northwestern Idlib countryside, according to Syrian pro-opposition news outlet Enab Baladi.

Enab Baladi confirmed that the mission of the Turkish Army convoy is to establish its last observation post in Eshtabraq in order to monitor the de-escalation zone in the northwestern Idlib countryside.

The Turkish Army conducted a reconnaissance mission in the northwestern Idlib countryside and the northern Lattakia countryside on May 11, as a part of its preparations to establish its last observation post in Eshtabraq town.

Two days earlier, the Turkish Anadolu Agency reported that the Turkish Army established an observation post in the village of Zawiya to monitor the de-escalation zone in the northwestern Hama countryside.

By establishing the last two observation posts in the town of Eshtabraq and the village of Zawiya, Turkey fulfilled all the commitments it had made during the Astana talks. Observers expect that Russia will follow on soon and establish a series of similar observation posts in the government-held areas in the southwestern Aleppo countryside and the northwestern Hama countryside.

Putin parades with Netanyahu as Palestinians are being shot at in Gaza and even after jew worshiping jews back away from the mass murder Netanyahu.

Erdogan has his own interests but they are Islamic and anti-zionist. Putin get a high off of murdering Muslims.

Putin is like Trump, all these alt-righters supported Trump’s inauguration as some coming of a great leader: 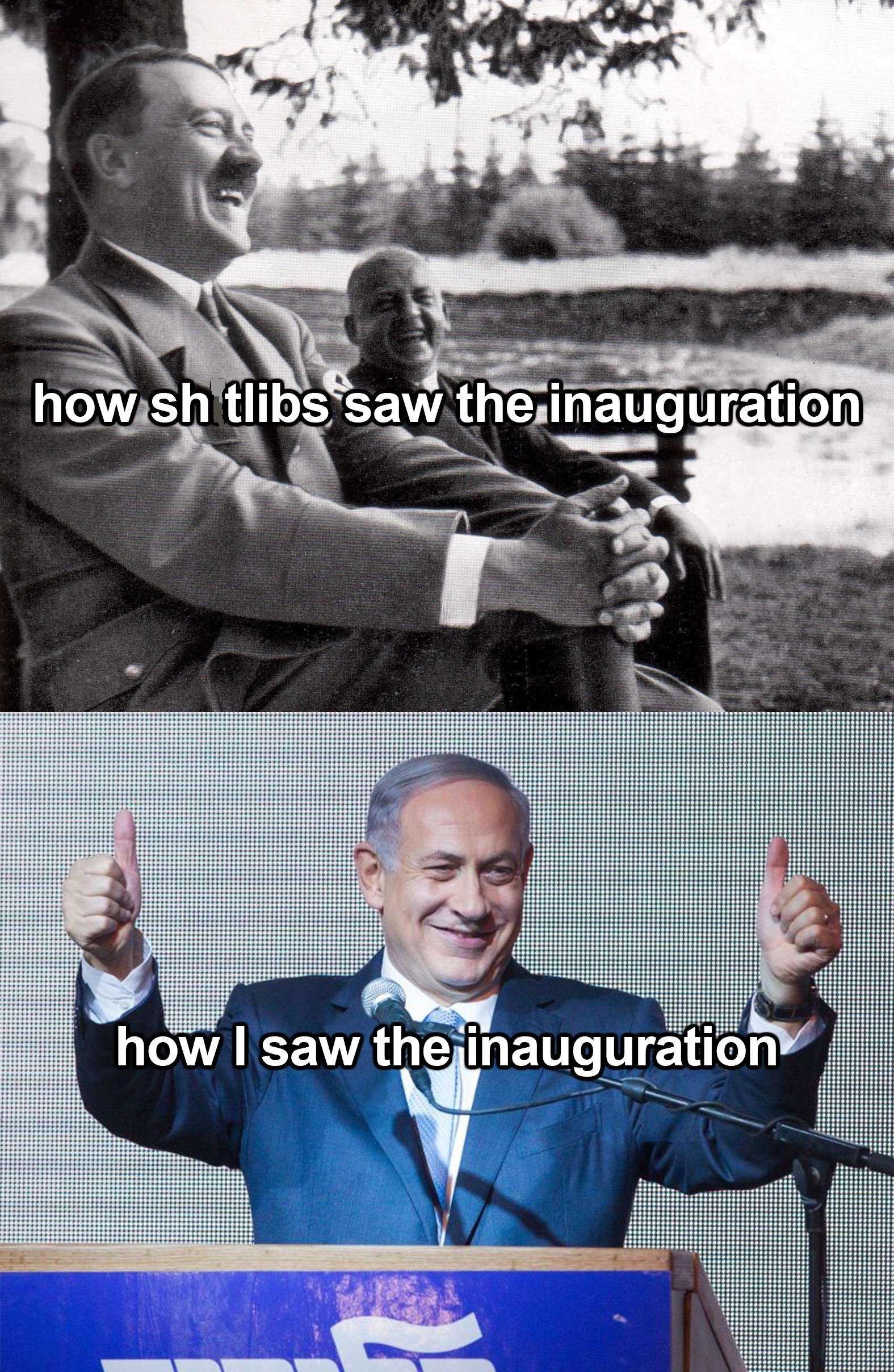 Wash you filthy mouth you Jihad scum!
Arabs are still fighting Jihad for JEWS and only for money in Syria by killing Arab Muslims!
So why would Putin posture and position himself as defender of all Arabs when today ARABS KILL ARABS all the time !?!
Only role of Russians in Syria is to kill Jihad dogs like you!
They are not there to defend every Arab or fight wars for Syria or Iran or Palestine!
ErDOGan is MUSLIM you double faced snake!!
Russians can not will not have same interests as Turkey ever!