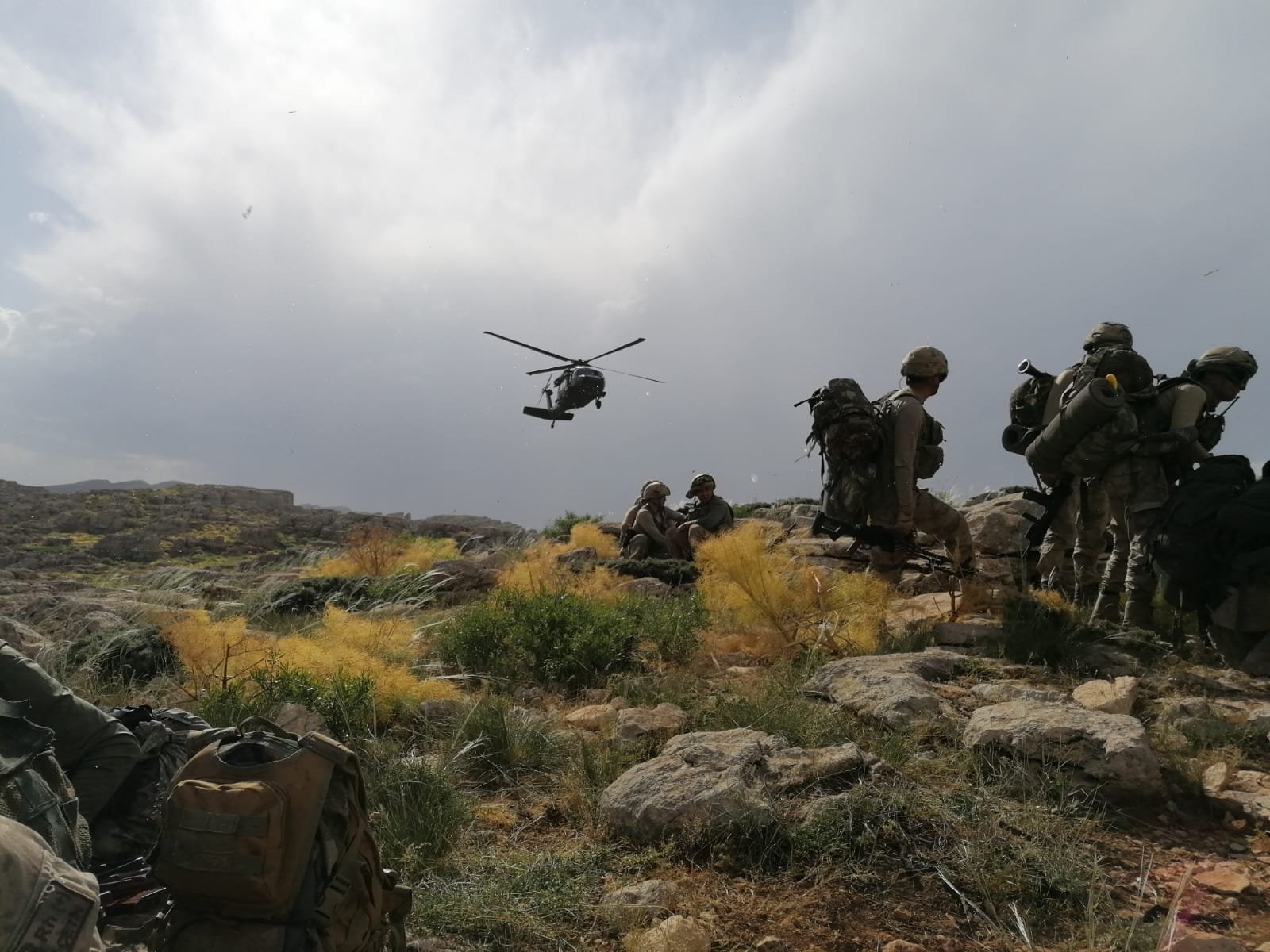 Erdogan said Turkey would not allow the “treacherous and separatist organization” to use Iraq’s Makhmur district as an “incubation center” for terrorism.

“We will continue to eradicate terrorism at its source,” he stressed.

Two other PKK members were reportedly killed in the same attack on the PKK’s Makhmur camp, according to a security source, Turkey’s state news outlet Anadolu Agency reported citing an unnamed source.

According to Anadolu Agency, Bozkir was wanted by the MIT (Turkish security service) as he was functioning as a ringleader in the site, portrayed as a refugee camp but actually serving as a recruitment and training area for the PKK.

Before he was sent to Makhmur, Bozkir managed the flow of illicit funds for the terror group in northern Iraq. Then he was made responsible for Makhmur as the PKK was cornered by Turkish operations in Qandil.

Since they began in late April 2021, Turkey’s operations Claw-Lightning and Claw-Thunderbolt have resulted in the “neutralization” of at least 121 PKK members, Defense Minister Hulusi Akar said in late May 2021.

“We will go wherever the PKK terrorists are (hiding). We will protect our nation from the pain of terrorism,” the minister said, referring to a possible operation in the Qandil mountains, which are located near Turkey’s border with Iraq and are known to be used as a hideout by the PKK terror group.

“We all can see that the lights of Qandil are now dimming and going out. Their (the PKK’s) end is coming,” he added.

Independent reports, however, claim that Turkey’s operation is mostly impacting civilians and not the PKK.

“While Turkey claims to target the PKK in Operation Claw-Lightning, the reality is that civilians living in the border regions are most critically impacted by Turkey’s bombings. These bombardments have devastated the region where hundreds of families live.

Thousands of dunams of land and approximately 1,300 beehives have been destroyed, all of which are crucial resources for families. Turkey’s bombings not only threaten the livelihood of families, but also their lives. Four civilians have so far been injured by Turkey’s bombardments, and more than 1,500 civilians from 22 villages have evacuated their villages to escape Turkey’s assault. CPT fears that these families may never have the ability to return to their homes, as Turkey has built nearby military bases armed with artillery that now threaten the lives of civilians.”

Iraq continues to maintain that Turkey’s operations are not in line with international law and Ankara should stop encroaching on its territory.