Turkey has delivered dozens of armoured vehicles to forces loyal to the Government of National Accord (GNA) in the Libyan capital of Tripoli photos released by Libyan sources on May 18 revealed. 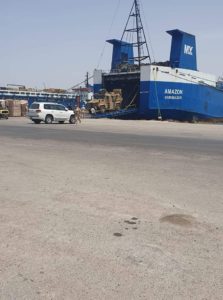 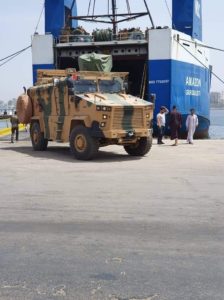 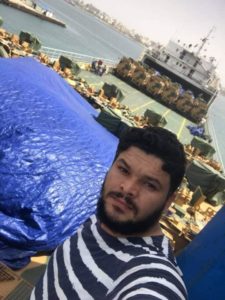 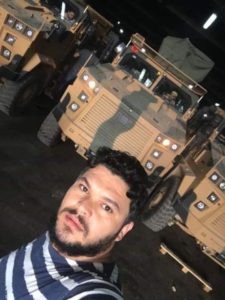 The BMC Kirpi has STANAG 4569 Level 3 armour, five firing ports and four bulletproof windows on each side of the troop compartment. The ones delivered to GNA forces appear to be equipped with remotely controlled weapon stations and IED jamming systems. 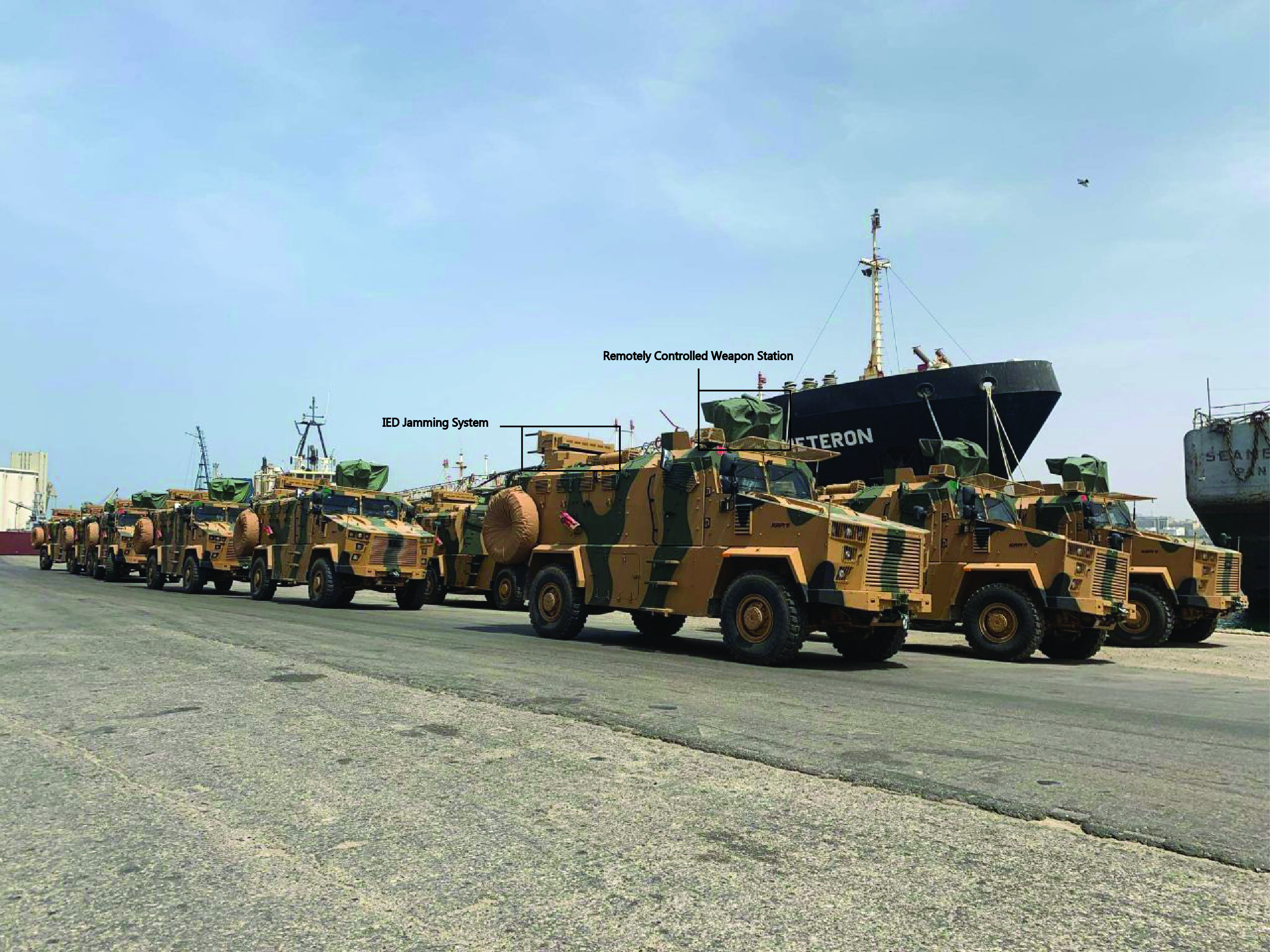 According to Libyan sources, a Moldavian cargo ship named “AMAZON” transported the vehicles from the Turkish port of Samsun to Tripoli. The ship is reportedly managed by a Turkish company named AKDENİZ RORO SEA.

Turkey as well as Qatar are known for being the main backers of the internationally-recognized GNA. However, this was the first time Ankara was coughed while delivering weapons to its allies in Libya.

The delivery of these armored vehicles is a clear violation of the arms embargo imposed on Libya by the U.N. Security Council (UNSC) since February of 2011. This act could lead to a crisis between Turkey and the main backers of the Libyan National Army (LNA), Egypt and the UAE.

Turkey , 95% of the time supporting the extremists , what else is new ?

Haftar is a terrorist which is supported by zionists.

So you are saying you support Haftar?

Haftar is part of US, Saudi, Egyptian, Emirati and Zionist alliance. The GNA is basiccally Muslim Brotherhood with many Egyptian exiles.

The GNA are recognized by everyone. On the other hand, the extremists are the LNA.

GNA is internationally recognized. On the other hand, Qaddafi and Haftar are the terrorists.

you ignore or hide the truth that except from Arab countries, France, Russia USA, just last month Trump spoke with Hafter etc support Hafter against Tripoli jihadists. Not all of GNA are jihadists but the militia that support them are extremist Islamists and GNA tries to separate from them but she needs them! Just last year GNA recognized the Armenian genocide.

France, Russia, USA and even Egypt and UAE support elections and don’t agree with the offensive. GNA are extremists? Then why did they fight against ISIS in Sirte? That’s cool, they recognized it.

Wow what fantasy world go you live in ? All the US elections are rigged just like Macron in France , tRump lost the popular vote . The US also fought ISIS right ? What a clown

GNA is internationally recognized just like Mossad and CIA as terrorists

There are no good guys in Libya, and that was the part of Yinon Plan to get rid of Kaddafi using NATO poodles and control Libyan OIL for Europe. Turkey is only supporting GNA due to its proxy war with Egypt which ousted the Turkish and Qatari supported Morsi Muslim Brotherhood elected government. In the Middle East no there is mostly only a choice between what headchoppers you support. Syria is the only secular country left, thanks to Russia.

Noooo way I can not belienve that all lies. Israel and Yankees yes

Yes Turkey has undermined Syria from the start

Well now we know who the good guys are. Erdogan is one with Satan’s head-choppers, soul brother to all ISIS stands for.

you seem to have missed all the chapters, to know who ertofart is only now.

Without a doubt I do not know much about the players in these Zionist-controlled CIA-funded terrorist wars. But, you misunderstand me. Because I already knew that Erdogan is demon-possessed, I now know that the LNA are the good guys in Libya because Erdogan is supporting the GNA.

UN embargo almost got my country and most of it’s population killed. Only when we managed to defend ourselves and when it was evident that we can’t be defeated, they lifted some restrictions. Dirty game, still the same. Someone gets green card for murders while others are left to their fate.

certainly a strange conflict….the odd collections of nations that support each side defy comprehension…not really

Turkey is one of the leading exporters of terrorism

When there will be an embargo to the land robber called Israel?