Turkey and Iraq may carry out a joint military operation against the Kurdistan Workers’ Party (PKK), Turkish Foreign Minister Mevlut Cavusoglu said on March 8, according to CNN Turk.

“Even if the Afrin operation has not yet been completed, we have the capacity to carry out both operations simultaneously,” the minister said adding that the operation may start after the May parliamentary elections in Iraq.

The PKK, which is considered by Ankara as a terrorist group and conducts constant attacks inside Turkey, actively operates and has rear bases in northern Iraq. So, Turkey will have to coordinate its military efforts with Iraq if it wants to deliver a devastating blow to the PKK there.

The diplomat added that Turkey’s Operation Olive Branch in the Syrian area of Afrin “might be completed by May.” In Afrin, the Turkish military is now conducting the opeartion against the Kurdish People’s Protection Units (YPG), which are described by Ankara as a local branch of the PKK.

……Turkish military is now conducting the opeartion against the Kurdish People’s Protection Units (YPG), which are ”described by Ankara as” a local branch of the PKK.

YPG’s being same as PKK with a different name is not an allegation by Ankara.
YPG is described as a branch of PKK by not only Ankara but also US Congress and any other person who educated himself on this conflict.

eliminate all Kurdish fractions in the area and down the drain goes the greater Israeli project. no other ethnicity in the region could have been used for this heinous goal after all. 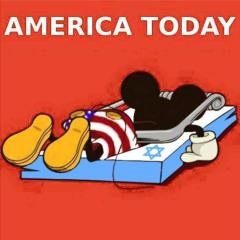 Goℴgle is giving to new employee 98 US dollars every hour to work parttime staying at home .. Do job for just few period of time daily and spend greater time with your own loved ones .. Any person can also get this specific job!!!last weekend I purchased a great new Chevrolet just after earning $21610 this-past/six weeks .it’s really the easiest job but you will not forgive yourself if you don’t see it.!bx302b:↹↹↹ http://GoogleOnlineEasyBestFreelanceWorkFromHome/getcash/97$/per-hr… ♥♥♥q♥♥t♥p♥r♥♥v♥o♥♥♥i♥a♥♥♥s♥♥a♥♥v♥♥♥l♥♥b♥♥w♥♥♥n♥♥s♥y♥♥♥u♥l♥♥m♥u♥♥q♥g♥♥b♥♥♥h::::::::!px972x:bpmqa

I think this is where things are headed.

Iraqis are very stupid not to get rid off kurds and give them independence. I don’t know why people like to carry troubles.

it is possible that kurds could gain autonomy in Syria with less land. kurds are only 10% of Syria and control 1/3 of the land. Assad needs the oil fields east of the Euphrates. Troops are massing for a second time. I think they will be able to shoot down USA jets next time. 1700 kurds are moving to defend Afrin. I think the SAA will try a second invasion.

SAA must join Erdogan and fight SDF. Russia should support the operation by neutralizing USA. Kurds must surrender to Assad and will be given autonomy or independence after where they live with the condition to not be able to hold USA bases.

USA is out of Syria. ISIS operation is a disaster for USA. USA is bankrupted. Game over.

Before that, turks must stop the support to their fsa terrorist

Think Turks will have no problem throwing FSA under a Tank if they get what they want. Have the Yanks been sidelined altogether?

SAA if it reclaims the oil fields east of the the river, is not invasion.

Israel wouldn’t be happy Mr Erdogan. And that would means US too.

Serious
Reply to  as

On the contrary, USA and israel are happy. They hold iraqis, kurds and turks and make them fight each others, bully them and take advantage of the situation.

true, but the end game would be bad for the USA if the Kurds are defeated. With limited resources the USA can still inflict damage to Iraq and Turkey, but can’t win. A massive USA buildup is unlikely.

The problem is what do these countries want to achieve ? What are their long term goals ? It’s not sustainable to play the policeman every day and being bullyied by USA every day. They will be easy targets.

The best strategy is to make everyone happy by solving this situation and not try to avoid it because it will get worser and worser.

But that would contradict the modus operandi of the Judeo-Masonic matrix, after all their divide & conquer strategies help to keep people distracted so most pay little or no attention to the puppet masters that control much of the world from behind the scenes via central banks.

The difference is that you divide temporarly so that you release the pressure on you and have no goal of ruling them after. Turkey is attacking SDF so Turkey can’t complain agaisnt east Ghouta.

israel is also taking advantage of stupid sunnis and arabs fighting each others for nothing to shrink Palestinians rights.

Why do you think that PMU didn’t fight ISIS east of Syria ? Because the west owns Iraq.

I disagree. The west does not own Syria, otherwise why would it worry about the Shia crescent and Damascus re-asserting control in East Syria? I’d say that both the West and Iran have equal influence in Iraq and neither can exclude the other from doing what it does in Iraq. And the Iraqi government has to walk a very tight rope between the two countries.

I don’t think so. Iraq is close to Iran but also owns by the west. Iraq can do shit military without US support. I didn’ follow, but surely PMU has been dismantle.

I think Iran now rules Iraq. This is the reason the US started war in Syria. To carve out a partition in Syria for USA rule.

If Iran ruled Iraq, ISIS would have not been able to be created.

You better give a land for kurds before the situation get worse.

Of course, Turkey is in the less favourable position. Syria will be more and less no concerned by this.

USA will not help PKK because PKK is a communist party. So, globalists can’t make money out of communists. I think that USA is bullying kurds so that they become “capitalists” and irsael friends.

You can maneuver to find a solution to make everyone happy and take USA out of the game.

well said kurds have been oppressed too long make east of eauphrates like KRG in iraq and safe place for kurds assyrians christians all people… SDF and YPG are a god send to the middle east for defeating daesh and turkey is just so pissed because they were on board with isis erdogan would have probably been part ol the ‘LEVANT” but anyways hes butt hurt hes not getting isis’ oil and he just plain out supports jihadi’s like al Nusra who is killing innocent kurds as we type even assad knows whats right in this position allowing his SAA and SDF reinforce the poor people of afrin against the ottoman empire… another reason erdogan is pissed is because it is a peninsula which is surrounded by turkey he probably believes its turkeys land because it was from the ottoman empire. erdogan will burn in hell, just a paranoid dictator after the coupe that happened…

I think it is reversed. Israel is just a forward post of the USA empire.

Pax Jewmericana and Israel are two sides of the same coin. They both need to go away and Jews with them.

what are you a nazi?

No, I’m an American. What are you, ignorant of Jew crime and evil?

AMN is reporting a Syrian government coalition troop build up in DE. If true, they may be planning on opening a second front against the Kurds. Which could lead to an expansion of the government’s foot print on the east side of the river. Which would be a very good thing.

So now the turkish butchers can massacre kurds wherever they exist- and people here are fine with this? Jebus feck- and you idiots wonder where the murderous war-crimes of WW1 and WW2 came from.

Meanwhile:
1) Putin votes at the UNSC to impose inHuman sanctions of the innocent people of N Korea for having a government that dares to develop self-defense systems adequate to keep the USA at bay.
2) Putin publicly praises Israel for developing the SAME weapon systems, and using them against the people of Gaza and Lebanon.
3) N Korea appears to use nerve agents to assasinate an odd ‘target’
4) Trump sanctions N Korea for using the nerve agent a few days back
5) MI5 crafts a FALSE-FLAG where a similar nerve agent attack is used in an attempted “assasination” against a russian ‘traitor’ and his daughter.
6) The jewish controlled press in the UK blames Putin for the attack.

Sorry- Putin is a “genius” “winner” is he? Under Putin Russia is dying “the death of a thousand cuts” as Putin suffers so many attacks he is constantly dazed. And meanwhile Putin kills the MORALITY of our side by his explicit backing of Turkish, Saudi, And Israeli crimes against Humanity.

If Turkey and Iraq can cut the supply line between the Kurds in Iraq and the Kurds in Syria, the US will suffer a major defeat. All of the military hardware that goes to the SDF Kurds in Syria comes through this very narrow land bridge at the far Northeast corner of Iraq.

Syrian kurds are supplied by yanks.

Yes …. it all comes through that narrow corridor.

No. From Turkey. Check the Centcom site.

Btw., americans can send via all border. and if iraqi army will be ther, also. Yanks can do what they want in iraq, the govenrment has no influence. irack is between iranian and american rocks.