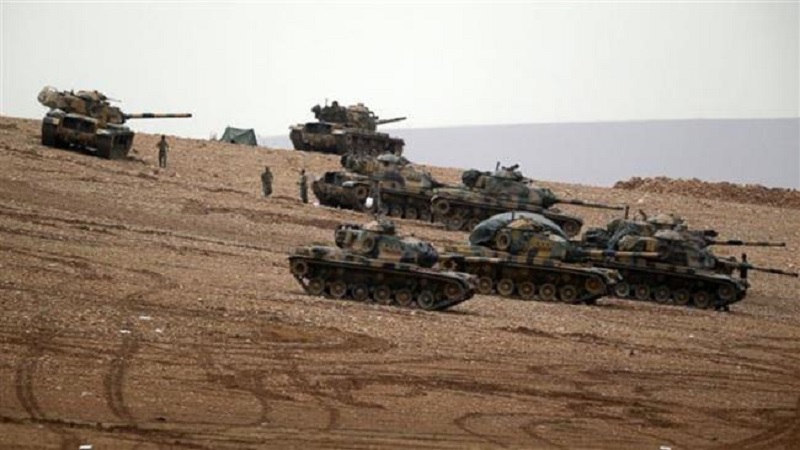 Turkish soldiers hold their positions on the outskirts of Suruc, at the Turkey-Syria border, overlooking Kobani, Syria, during fighting between Syrian Kurds and ISIL, Oct. 12, 2014.

71 members of the Syrian Democratic Union Party (PYD) were killed in northern Syria over the past week, Turkish General Staff said in a statement on Friday.

The statement the killed fighters as “PYD members” while in fact killed people were likely members of the US-backed Syrian Democratic Forces (SDF).  The Kurdish People’s Protection Units (YPG), a military branch of the PYD, are the core of the US-backed SDF.

Ankara says that the PYD is a Syrian branch of the Kurdistan Workers’ Party (PKK) outlawed in Turkey. In turn, PYD sources argue that they have no links with the PKK.

The turkish statistic is amazing. Fortunately no deads on turkish site, even when SDF published videos

It isnt true.SDF lost fighters but ES also .They lost 16 in one day.

Turkish claims are always complete garbage. I guess the home crowd is gullible?

Turks believe everything the media tells them about SDF.ES for now doesnt have big success against them.

Yeah, Turkish media is same type of media as Israels and the UK’s and US’s… All lies. Turks are not honest. However, Kurds have shown an inability to form a break away region in south east Turkey. In Ukraine people were able to form break away regions quickly and effectively. Kurd’s seem to be as incompetent as Turks and CIA are lol. Kurds have never won a battle without the US or Mi6 or CIA or Mossad helping them significantly.

Israle sites is not like that. Its has a very black dirty spot and the rest us the most free, You can get.

They also have many paranoia propaganda sites, but they are easy to ignore.

Turkey is shameless their attack Syrian Kurdish women soldiers and feel proud.Killing a tribe in a country is tribalism.Kurdish are on their God given land stop attacking this beautiful women and Erdogan go back to your country befor you down another Russian jet for your countries sovereignty..