On January 19, Turkey’s national defense ministry claimed that his country is successfully implementing its commitments within the agreement with Russia on the demilitarized zone around the northern Syrian governorate of Idlib.

“The implementation of the Sochi agreements on Idlib is being successfully continued, despite of the provocations ongoing in the region,” Hulusi Akar said in an official statement, according to the Russian news agency TASS.

Under the agreement which was reached on September 17 of last year, Turkey should establish a 15-20km demilitarized zone within the opposition-held areas around Idlib. Radical militants and heavy weapons are not allowed within the zone.

Contrary to Akar’s claims, Turkey has done very little to establish the demilitarized zone so far. Most of the zone is controlled by Hay’at Tahrir al-Sham (HTS), which has not withdrawn its foreign militants or heavy weapons from it.

Furthermore, the militants are violating the agreement on a daily basis. A day before Akar’s statement, the Syrian Arb Army (SAA) repelled several attacks and killed an Indonesian terrorist in the southern part of the zone.

Akar’s statement is an attempt to manipulate the reality of the situation in Idlib ahead of the Russian-Turkish presidential summit that will be held in Moscow next week. Russian and Turkish leaders will discuss the situation in the northern governorate during the summit.

assad cant do anything

Either Turkey have failed to eliminate HTS or they are working with them, either way I don’t know why Iran and Russia are still tolerating this shitshow.

Be patient, every part of Syria will return to Syrian control.

How are they gonna get it back if Turkey annexes them? they will be gone just like the Golan hights.

The Turds won’t annex them, Iran and Russia won’t allow it. Just be patient and see what happens in the end.

like you would take afrin, then 150 NDF/SAA/Hezbollah airstriked in afrin, cry more idlib afrin is ours you can go after yellow area :D ahahaha

Keep supporting these terrorist savages and one day they will start raping your women.

europe is next after syria :)

Little kebab is getting a bit big for his britches: 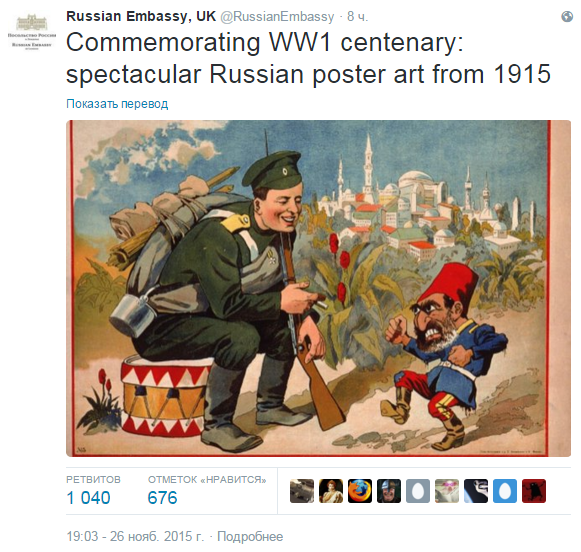 You are my bitch! I own you!

If the terrorists started raping their women that would be an improvement to the Turdish gene pool.

war is peace, freedom is slavery

Erdogan’s arrogance, hypocrisy, brutality and stupidity will eventualy result in his collocation.

“collocation” Thats a big word.
im sure you are right though, its not like Erdogan is getting stronger by the day since he eliminated all the putschists.

But hey a nobody on the internet told me otherwise

If we’re talking about big words and Erdogan, I would love to see his defenestration.

Wait and see, he will fall. But i think it will be from a fare highre place, Like Icarus. But this smart ass will blame others again.

Correct, but Erdogan is such an illiterate imam he does not understand that eliminating ones opponents does not make your stronger but weaker, historie is full of examples from far more intelligent men who made that same mistake. Erdogan is spitted out by international politics and society, he is only tolerated by a few opportunists and more then 50% of all Turks are disgusted by him. He has no friend only yes men, he is anxious and lives in fear even his palace watch is not allowed to have live amunition because he fears to be eliminated.
You make the mistake of experiencing fear as respect, that is a culture and civilization mistake that will be correct by growing more civilized and educated as a man and a people.

My first impulse upon reading this …… delusion, was to laugh out loud. Whatever fellas, whatever. :P

They have been successful implementing a safe zone, it’s now safe for the Russians and SAA to come in and kick HTS out without interruption from Erdogan’s maniacs.

yeah right…..Turkey has failed the demilitarization agreements and is in denial

Russian Foreign Minister Sergey Lavrov said that terrorist groups were now operating in about 70% of the Idlib demilitarized zone .

Turkey is giving itself to much credit.
Can You all Picture the day the Russians that have bled along side the Syrians when they where having such a bad time.
allow COCKROACHES TO DICTATE THE LAW IN SYRIA?
I Hope The Cockroaches Press their claim on Syrian Land. I HOPE they do.
Erdegon must find his Place.