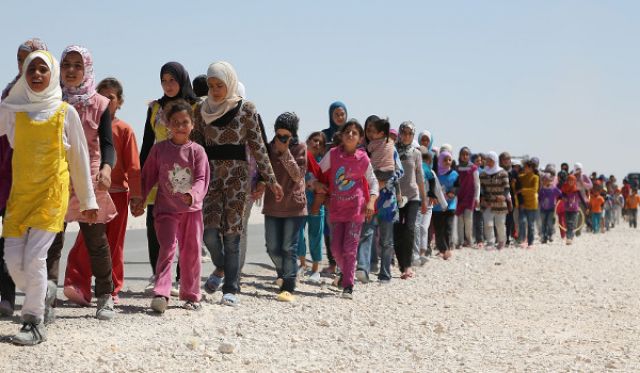 Turkey has threatened to renege on the refugee deal agreed upon with the EU if its citizens are not given swift visa-free access to Europe.

On Monday, Mevlut Cavusoglu, the Turkish Foreign Minister, insisted that meeting the EU’s prerequisite demands was unfeasible. He stressed, “We have told them we are not threatening you but there’s a reality. We have signed two deals with you and both are interlinked.”

Adding to that, Cavusoglu affirmed his stance that Turkey will not change its anti-terror laws. As suggested previously by President Erdogan, the foreign minister said Turkey would not hesitate to use administrative measures to block the deal if need be.

The deal struck in March would allow for refugees arriving on European soil to be sent to Turkey in exchange for vetted Syrian refugees residing in Turkey to be hosted by the EU. In return, the EU would grant Ankara financial aid, visa-free travel to Turkish citizens, and some progress in Turkey’s EU membership negotiations.