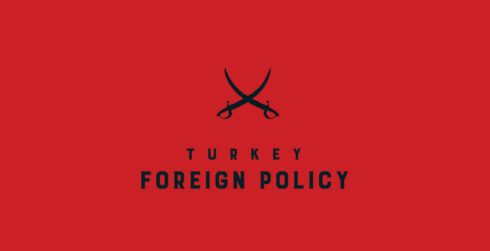 The visit of Serbian President Aleksandar Vučić to Ankara shows that Turkey is taking a great interest in what is key to unravelling the crisis in Bosnia and Herzegovina – the Dayton Agreement, which recognises the three constituent peoples of Serbs, Croats and Bosniaks and the two entities of the Serb-majority Republika Srpska and the Bosniak-Croat Federation of Bosnia and Herzegovina that confusingly together make up the country known as Bosnia and Herzegovina (BiH).

Bosnian Serbs blocked decision making in national institutions and launched a process to withdraw from the state armed forces, tax system and judiciary in reaction to what they claim are violations of the Dayton Agreement by the BiH central government in Sarajevo.

According to former diplomat Zoran Milivojević, because of its influence on the Bosniak nationalist Party of Democratic Action (PDA), Turkey could have a significant impact on the unravelling of the crisis in BiH. He believes that Turkey cannot be a key player in resolving the crisis, but can significantly contribute to the process.

Turkey is leaving the general strategy of the West and their interests in the Balkans. As Turkey is a regional power, it wants to promote its interests in the Mediterranean and Black Seas, the Caucasus and Central Asia, the Middle East and the Balkans. Ankara considers the Islamic element in the Western Balkans and Southeast Europe, the repercussion of hundreds of years of Ottoman occupation of the region, a natural space for its influence to strengthen and expand.

The most important element of Turkish influence in BiH is its relationship with the PDA. In this, the direct relationship between Turkish President Recep Erdoğan and his Bosnian Muslim counterpart Bakir Izetbegović is extremely important. It is recalled that Bosniaks are ethnic Serbs who converted to Islam during the Ottoman occupation of Bosnia from 1463 to 1878 (1908 de jure).

Regardless of Western interests and the increasing number of special envoys, Turkey has effectively forced itself to not be excluded from resolving the political crisis in BiH as its influence in the country is extremely strong in historical and cultural terms. The key issue is from which platform Turkey is emerging from towards the crisis in BiH.

If Turkey agrees with the principles of respecting the original Dayton Agreement and the concept of two entities and three constituent peoples, and in which Ankara engages with Belgrade and Zagreb, it could yield some results. At the same time, if Sarajevo wanted Turkey to get involved in resolving the crisis, then it would have done so already.

Despite strong Turkish influence over the PDA, the Bosniak political elite appear to be taking their orders from Washington and Brussels, which is why it could be difficult to expect Ankara to play a key role in resolving the crisis. It must be remembered that BiH is an artificial country created by the West, not by Turkey. Despite the historical and religious ties between Bosnian Muslims and Turkey, they are not as important as the political support that Sarajevo receives primarily from Washington and Brussels.

Turkish influence has never been key to Bosniaks since the breakup of Yugoslavia as generally speaking they were among the most eager of Yugoslavia’s ethno-religious groups to adopt a more broad Yugoslav (Southern Slav) identity. In addition, since the signing of the Dayton Agreement, American influence has been dominant in every sector of BiH. Although the Ottoman and Islamic influence on Bosniak national identity is important, the SDA shows by its actions that its main partners is the liberal West, particularly Washington and Brussels.

When Vučić and Erdoğan met, they said they were “very pleased” with the meeting. They announced that stability, peace, dialogue and respect for the Dayton Agreement are essential for BiH.

For his part, Erdoğan stressed that Serbia’s support for BiH’s sovereignty and territorial integrity is very important for the peace and stability of the entire region. Erdoğan said it was “imperative that all sides refrain from taking steps that damage BiH’s territorial integrity and that everyone acts responsibly.” He said Turkey would “continue to make efforts and do everything” to ease tensions in the Balkans.

The meeting between Vučić and Erdoğan was also welcomed by the Serb member of the BiH presidency, Milorad Dodik.

“I support the effort to reach a solution in BiH through dialogue, which was initiated […] by Presidents Vučić and Erdoğan. Republika Srpska has been clearly advocating all along for respect for the Dayton Accords and dialogue between the political representatives of the three constituent peoples in BiH. At no point did Republika Srpska jeopardise peace and stability in BiH, nor was that our intention, but we insist on respect for the Constitution and what was signed in Dayton,” Dodik said.

In this way, it appears that the Serbs, a formerly repressed peoples of the Ottoman Empire, are also happy to allow Turkey a role in resolving the crisis in BiH. In this way though, allowing Turkey to have influence in the region also opens the path for war and instability to emerge as Turkish interventions in Syria, Iraq, the Caucasus, Cyprus and Libya demonstrate – something that the three constituent peoples of BiH, as well as decisionmakers in Belgrade and Zagreb, must consider.

The Turks are just like the Washington Elites, they start fires anywhere and everywhere they go.

I know it, I fought against them in Bosnian war.