Supports for the Turkish coast guard and the EU’s Frontex border agency will be discussed at a NATO level. 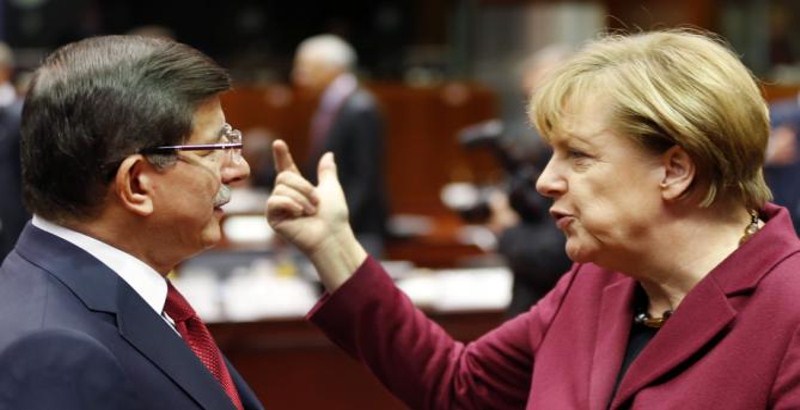 Today, the Turkish Prime Minister Ahmed Davotoglu told the reporters that Turkey and Germany were planning to seek help from NATO allies to regulate migrant flows which trying to get to Europe. Both leaders said that the matter would be officially and jointly raised at a meeting of NATO defense ministers on Thursday.

“Turkey and Germany will present to NATO, as an agenda item, that NATO should step in regarding the results of the refugee flow from Syria. In particular, we will make a common effort so that NATO’s monitoring mechanisms should be used effectively on the border and in the Aegean (sea),” the Turkish Prime Minister told to the reporters.

On Twitter, Merkel’s spokesperson Steffen Seibert said that supports for the Turkish coast guard and the EU’s Frontex border agency will be discussed at a NATO level.

The German Chancellor said that refugees must be distributed fairly and evenly across the EU and she wanted an immediate action from Ankara to improve the refugee situation in Turkey.

“What is, of course, important, not just for Turkey but for all of us, is that if we want to stop illegal immigration we obviously have to be ready to some extent to accept refugees by legal means, especially Syrian refugees,” Angela Markel told the reporters.