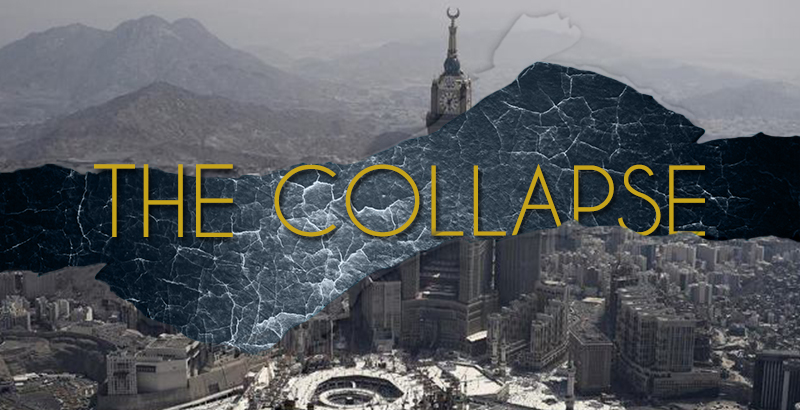 Wahhabism is a religious branch of Sunni Islam which takes roots in 18th century and has been preached by a religious scholar Muhammad ibn Abd al-Wahhab. This more radical version of Islam was widely accepted by Sunni Muslims on Arab peninsula. A man whose role was of great importance to Saudis reign (and pushing Wahhabism as a state system) on this peninsula came later, in the early 20th century. Harry St. John Philby English explorer, writer and colonial intelligence officer employed by MI6 was a close advisor to Abdulaziz ibn Saud (founder of Saudi Arabia and its first monarch). Philbiys advising to the new king included a geostrategic expansion of Saudis rule from the Red Sea to the Persian Gulf in order to protect British interests in the region and securing a trade route  Suez–Aden–Bombay, neglecting the potential pressure that has been put on other Muslim societies across the Middle East which lingers even today.

The Kingdom of Saudi Arabia that takes the bulk of Arab peninsula has grown into a major economic power over the years due to oil. The low cost of extracting crude oil in this region make Saudis one of the most competitive producers of “black gold” on the global market. Since the large amount of this resource can be produced for a rather low cost, it allows Saudis to easily manipulate the price of oil on the global market, making it harder for the competition in other oil rich countries. In the 1970s the US made close ties to the Saudi royal family and around 1973. the petro dollar came into existence. This point of time in modern history had a tremendous impact on everything that has been happening in global economy, finance and of course international politics since then. A deal that ties US dollars to Saudis oil production made this country so important to US foreign policy and finance that US pledged in return to guarantee security from all external factors in the region, even from Israel.

Over the time Saudi Arabia accumulated large amounts of wealth with the ever-growing need for oil in the global society, and with the beginning of Arab Spring the country’s foreign and regional policy shifted. Since the first sparks of Arab Spring the Saudis were aiming for a more active approach in those countries internal politics, with the support of the West and the US everything seemed to be heading in right direction. However, the “democratic” dawn of the Arab Spring seems to be heading for a grim dusk of extremism and chaos what is known as Islamic State.

Using the situation in the region, Saudis launched an all-out attack on Yemen, to be more precise on Houthi population, in order to deal with this growing Iranian presence in the country. What seemed to be an easy task for such rich country and its military (Saudi Arabia spent a couple billions of dollars on London’s arms expo this summer) turned out to be the Saudis Vietnam. The constant bombardment and air raids in Yemen aren’t proving to be effective versus the Houthi. Numerous civilian casualties, destroyed infrastructure, and immeasurable damage to some archeological sites seems to be the only effect of Saudis intervention. No wonder the Deputy Crown Prince Mohammed bin Salman, which is in charge for Yemeni war, got his unofficial nick name “Reckless”. With this reckless attitude towards Yemen, reputation of Saudi Arabia is quickly deteriorating in many global organizations protecting human rights. Constant barrage of accusations towards Saudis regime can be heard daily concerning decapitations and harsh implementations of Sharia law (in the first quarter of 2015. Saudi Arabia had more beheadings than the Islamic State).

Since the beginning of the Syrian conflict the biggest Wahhabi country clearly stated its goals and interests on removing Bashar al-Asad from power. Saudi Arabia which practices Wahhabism has big sympathies towards all radical groups which practice their beliefs, that sympathy is usually expressed in large amounts of money. Although radical in nature Wahhabism in Saudi Arabia is starting to divide between radicals and ultra radicals which are officially not supported by the state. Many “moderate” groups in Syria such as Al-Nusra are suspected to get their support from the Saudi regime, of course they are not the only moderates that are getting that help. Since Russia get involved in Syria the panic that is spreading through extremist ranks on the ground is also enraging some of the Saudis clerics. In fact more than fifty Saudi “opposition” (ultra radicals) clerics are urging true Muslims to help their brothers in Syria against Russia. Some even went that far on calling Russian Sukhois crusaders and calling for jihad against foreign aggressors. Though Riyadh stated that the government is doing everything it can to prevent citizens from joining any terrorist groups, especially ISIS, ultra radical opposition seems to think otherwise. The official premise of the Saudi Arabia towards terrorism is common like in many other countries: We oppose it, and we will do everything to try and fight it, although the last statements of ultra radicals make all the connections to extremists including ISIS very peculiar.

A country with the population with less than thirty millions and the budget of more than 200 billion dollars has growing ambitions throughout the Arab world. Though strong economy and close ties to the Western countries seems not to be a recipe for success. Wide fissures within the Royal family, calling for a coup and change, can lead to dangerous outcome. The pressure from other Muslim countries concerning this year’s Mecca tragedy (estimated 900 people died), the threat of being abandoned by the US due to Russia dramatic entry in Syria and Iranian nuclear deal with the West, leaves this radical gulf state in an undesirable position.

Tags:israel, saudi arabia, the UK, the us