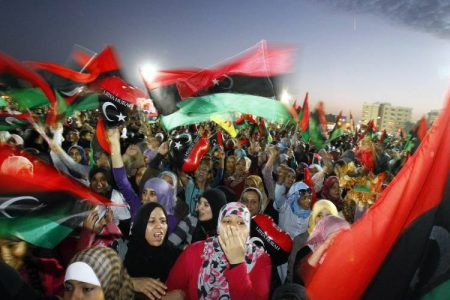 There is no more bread in Tunisia. The reforms promised by President Kais Saied did not bring any benefit to the population. For over a year Saied has centralized all powers, dissolved parliament, formed a government that responds directly to his wishes and, lastly, dissolved the High Council of the Judiciary, replacing the body in charge of the organization of Justice with a provisional advice.

With a terrible economic crisis and a social split caused by the substantial ban of the Islamic party Ennadha, the Saied regime can only hope for aid from the International Monetary Fund and from its long-time ally: France.

History teaches that Tunisians can take everything away. But when bread is scarce, even a meek people like that of the land of jasmine are ready to make a revolution.

Due to a crisis similar to the one the country is experiencing today, at the end of 1983, the presidency of the founder of modern Tunisia Habib Bourghiba began to waver. It was the end of 1983 and due to the rise in the price of bread, riots broke out across the nation. During the clashes, which involved the whole country, at least 80 people died, while the damage caused by looting, fires, thefts to public and private buildings exceed the value of the current 400 million euros. Bourghiba ordered a ferocious repression and thousands of people were arrested.

From that moment began the decline that in the space of three years led to the coup d’état of Zinedine Ben Ali, the soldier who ruled Tunisia from 1987 to 2011. Also in 2011, the year of the Arab springs, the protest in the streets was caused by the unsustainable increase in the price of bread. At the end of 2010, the first protests began in Sidi Bouzid, which culminated two months later in the overthrow of the Ben Ali presidency. Eleven years later, the risk of a protest is again high. The first demonstrations start from Sidi Bouzid, the city symbol of the 2011 revolution. In Sidi Bouzid, bread is scarce, which has become almost impossible to find due to a law introduced by the government that aims to subsidize the price of flour, causing a block to trade and at the birth of an illegal market.

In these days the International Monetary Fund is planning a mission to Tunisia to understand if it is possible to grant other loans to the North African country. To give the green light to a monetary support program, the IMF calls for a cut in public costs and a higher tax burden. Two unsustainable maneuvers for the fragile Tunisian economy which largely depends on the public sector. President Saied was considered, at the time of his election, the last barrier against corruption and bad governance. But it turned Tunisia into a semi-dictatorial regime. In the outskirts of the country, anti-government sentiment is growing again and the pro-Islamist instances of the Ennadha party are strengthened, a movement that Saied, with the control of the judiciary, wants to outlaw.

“There is no more bread in Tunisia”, oh really ? What I’ve eaten today had the taste of bread however. Or was it a french “banette”. It was anyway delicious 😋. And by the way, piero messina, the MB terrorists’ friend, GO TO HELL. Finally, it’s sad to see SF let this sad clown 🤡 ‘s articles publish on the site.

All these peoples have to choose between secular dictators and islamic groups.

The Objective
Reply to  Jaafar Aziz

You are just an anti-Islamic agent. today’s wars are between True Muslims and the Hypocrites (backed by the rest of the world). Let’s see who wins in the end. But one thing is clear: True Muslims are getting more powerful militarily. Turkey is the manufacturing powerhouse of our weapons of Jihad Insha Allah. And those weapons will be wielded by the heroes of Islam in Tunisia when the time comes. We are no longer a group of protesters you’ll just run over with tanks and bullets. Egypt taught us a great lesson, but Sisi too isn’t off the hook. MBZ cozying up to Turkey isn’t going to save the UAE corrupt regime either. We’ll cooperate as far as we should, then we’ll have to part ways at some point. Because Islam and evil can never coexist.

Last edited 7 months ago by The Objective
-1
Reply

IMF will destroy their economy and this is good news for radical Islamic groups.

All the Muslim countries will eventually be cleansed of any anti-Islamic agents, including the ones in Asia. Sharia is coming back

Look like this author is paid by the muslim brotherhood or another neocolonialist lobby. As tunisien national i can confirm that we still have lot of bread, if he is hungry he is welcome in our country. We are all behind our président and tins goverment. There is currently a big crackdown on corruption and many of the revolution bloom sucker are in dire strait