The coalition of Turkish-backed militant groups, known as the Free Syrian Army, and the Turkish Armed Forces have took control of a number of areas in the direction of the strategic ISIS-controlled town of al-Bab in the northern Syrian province of Aleppo. The Ankara-led forces seized Musaybin, Zamkiyah and deployed in about 11 km from al-Bab.

Meanwhile, Ankara announced that Turkey’s Fırtına howitzers shot 90 ISIS targets 306 times and 5 Kurdish PKK and YPG targets 5 times. The report confirms that Ankara continues to target Kurdish forces in Syria despite a shaky US-backed truce between the YPG and the Ankara-led forces. 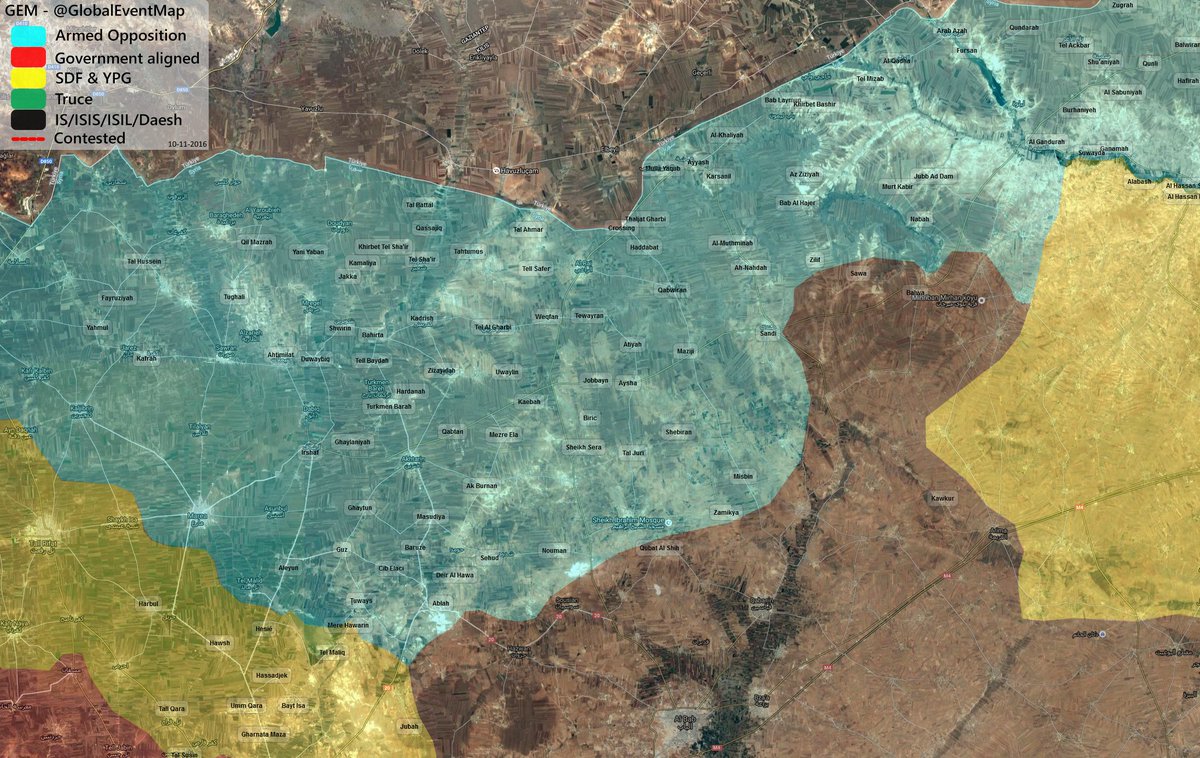 Yesterday SF had a great map of Al Bab showing SAA , Kurdish and Turkish positions all closing in on the town . Today’s map does not clearly mark the town of Al Bab ,, why ?

Dear friend, thank you for the feedback. Right now we use wide range of maps from various mapmakers (many of them our firends). We understand that some unification is needed to depict the ongoing events more clear. We are working on this issue. You will be able to observe frirst results within a week.

The town at the bottom is labelled Al Bab, where is the problem?