The Tu-22M3 strategic strike bomber has run off the runway during its landing. 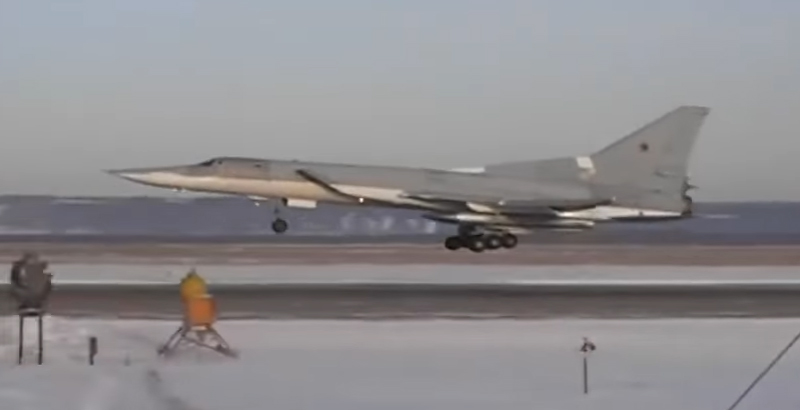 A video, showing a process of landing of the Tu-22M3 strategic strike bomber, was published online.

The aircraft started to touchdown, ‘jumping’ on a runway. The Tu-22M3 did not have enough time to slow down, and it ran off the runway.

According to reports from social networks, the incident did not result in any deaths or damages. According to preliminary data, the reason of the fact that the aircraft ran off the runway was adverse weather conditions.

It is not known where the incident took place. According to social networks’ activists, the video shows one of the Russian military airfields.

The pilot was coming in much too fast to land.

I don’t understand why he didn’t throttle up after the 2nd bounce.

No shame in a touch and go.

It takes several seconds after throttling up to get the thrust. This isn’t a Flanker.

That looks like an inexperienced pilot, not a combat veteran landing. The air controller shouts “parachute, parachute”. Surely you con’t need to tell that to an experienced pilot.

Could just be a training flight.. pilot does seem under stress and not paying attention to the controller.