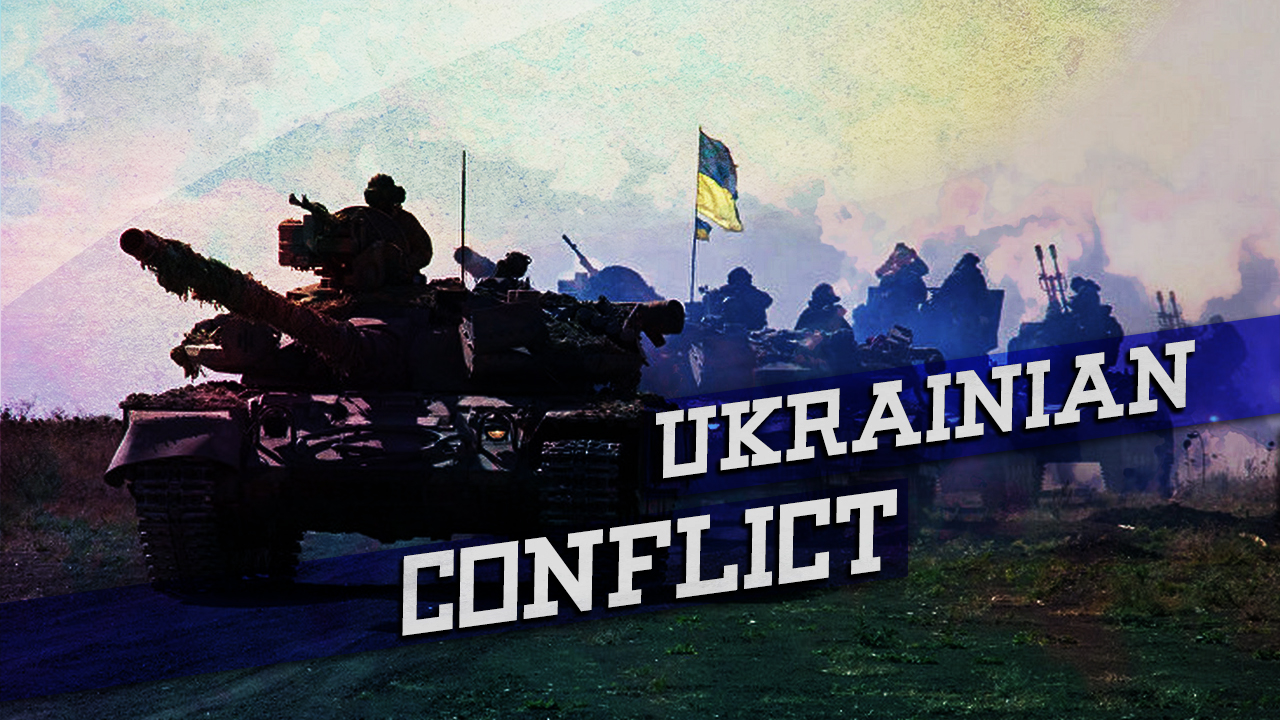 The US has reportedly removed all digital fire control systems from the M777 155 mm towed howitzers it supplied to Kiev forces.

On May 13, the Ukrainian Ministry of Defense shared photos showing a few of the recently supplied M777 howitzers. Digital fire control systems installed on the A1 and newer versions of the M777 were all removed from the howitzers in the photos. 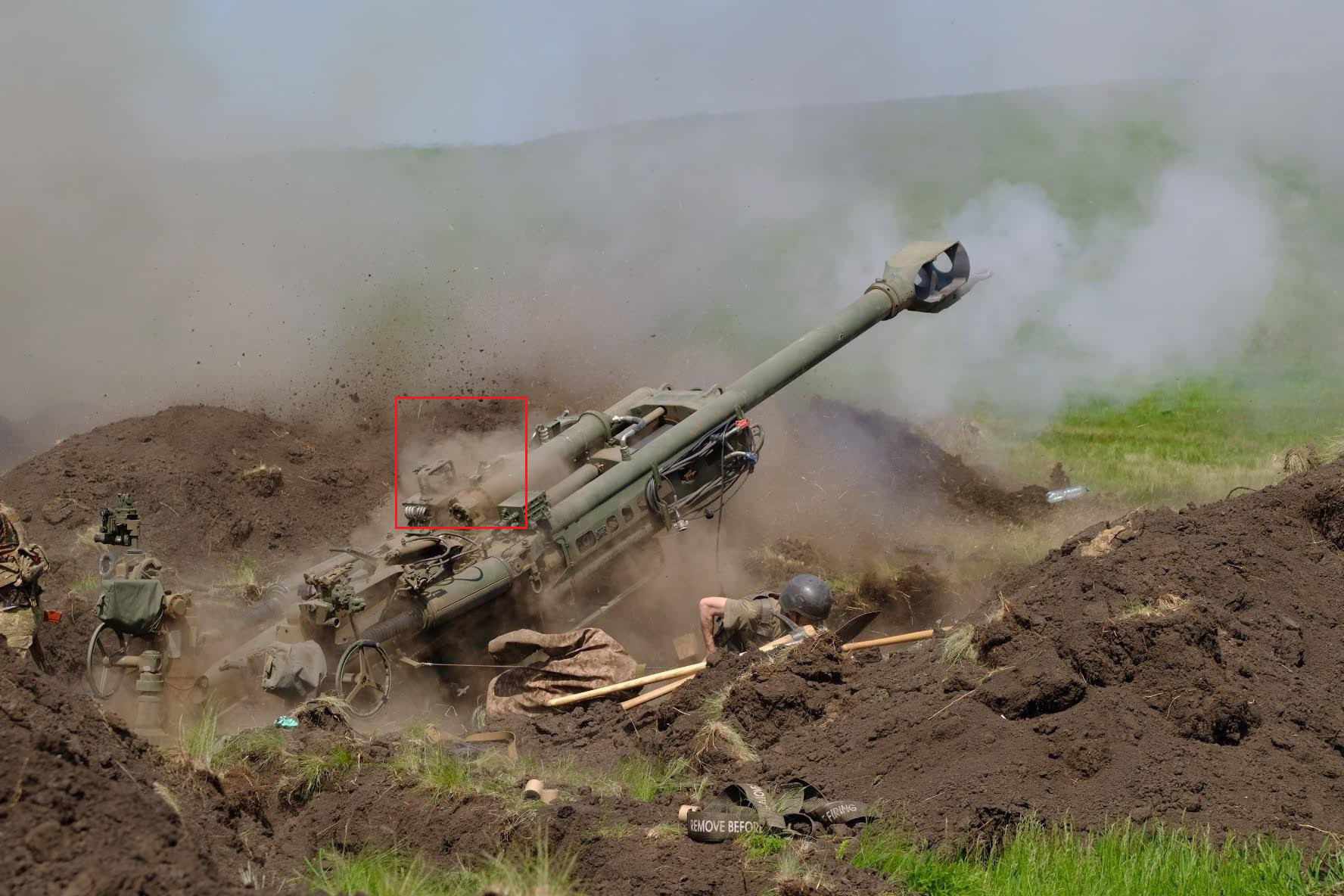 Ukrianian service members firing a M777 howitzer on an unspecified front in the Donbass region. Source: the Ukrainian Ministry of Defense. 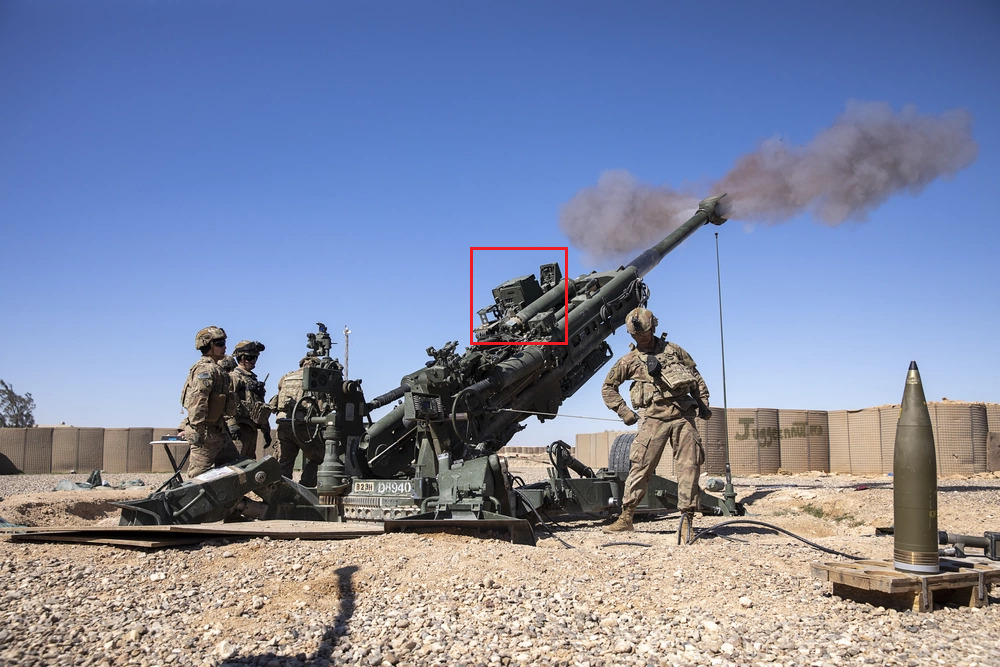 The M777 howitzer has a maximum rate of fire of seven rounds per minute with a range of up to 40 kilometers when firing Excalibur guided rounds.

The A1 and 2 versions of the howitzer, which were supposedly supplied to Kiev forces, are equipped with an onboard power source, satellite global positioning, inertial navigation, radio, GDB [Gun Display Unit] and SCA [Section Chief Assembly]. None of these systems have been seen on the M777 howitzers spotted in Ukraine, so far.

Kiev forces are set to receive a total of 100 M777 howitzers, 90 of which were donated by the US, four by Canada and six by Australia. It remains unclear if the howitzers supplied by Canada and Australia were also downgraded.

The US may have removed all digital fire control systems from the M777 supplied to Kiev forces out of fear that they will end up being captured, or even sold to the Russian military.

Many recent reports in the mainstream media raised the alarm about the fate of the weapons the West is pumping into Ukraine. While small weapons, like man-portable anti-tank and anti-aircraft missiles, could end up in the European black market, more advanced heaver weapons could end up in the hands of Russia.

Despite all warnings, the West continues to ship loads of weapons to Kiev forces on the hope of thwarting the Russian special military operation in Ukraine.

The Western strategy all along in this conflict is – keep it going to the last Ukrainian, without it escalating out of country! yes whatever you put in Ukraine is in the open – hence Russia’s reluctance also to commit more modern kit there. However, the overriding aim of the west is simply keep the conflict going, keep the killing going, keep the costs going. The conflict for the big boys, including Russia is far further than Ukraine in political terms, but limited to Ukraine in military terms!

russia is the invader, Ukraine the defender. But you can’t even get that simple fact correct. So who is keeping going should be easy to understand

The Ukrainian leadership itself was going to attack the republics of Donbass for several months, concentrating its troops on the border with them.

Not “was going to”, but was already doing it, starting a few days before Russia invaded.

Russia is the defender of Russian speaking Ukrainians that Zelensky was about to murder. But you can’t event get that simple facts correct. Get your facts straight dude. You are embarrassing yourself in here.

That was just the training ground. Just yesterday I was revisiting old discussions and found several pointers to speeches from people like Yarosh, where it was asked to kill between 1.5 and 8 million Russians, and to also “liberate” large swathes of “Ukrainian land”, which is actually in Russia, and has been for a long time.

You wrong by a factor of 10 with children killed. It is 150 according to the UN report. The number of Ukrainian children who died because Russia invade in Feb is now greater than that number.

Ukraine was determined to have this war in 2019 already. From my POV, the situation is much like those fake car accidents, where you drive along a road, and suddenly, someone intentionally drives in a way that you absolutely must hit them. Where I come from, this was a popular method of getting a payout from the insurance of the hapless victim of such machinations, while the people driving into the way were usually members of organized crime. Ukraine is much like that, with Russia being the hapless victim here, imho.

no no no thats not a good idea to take digital sheizen !!!! when you are digitalizing all the slaves for the Parazites full of covaids nazi in the anus !!!!

Your name is Anus.

Your mouth is Anus. And your name is Janus Asshole aka dumb monkey rectum.

How can I buy one.

The barrel is for plumming only.

I need one more Armata. The other ones are fullof Ukra children. I sleep in it, when they go to school.

a centralized command knows the positions of the artillery units and the targets, they do not need local fire control systems…

Can some REALLY competent show or explain me where I see the difference (laking device) on the pictures?

The maharaja
Reply to  Wanax

Have fun full operators manual. I may not understand your question but it looks like the nav unit has been removed. Its a gps system that allows gun to know where it is and when firing the other end (forward observer etc) would have one as well knowing where they are. From their position its easy to use range finder etc to locate and target enemy. Then when calling in fire you now have multiple points via gps. The rounds become for lack of better word smart/ guided. The Gun will have a system that will also correct itself for recoil should it shift during fire. It would adjust automatically to put second shot on target. If the gun moves five inches left during fire that can be X meters at distance even a Kilometer.

I have never worked with this system so I am not an expert on it by any means hence the manual link.

Last edited 6 months ago by The maharaja
9
Reply

Wanax
Reply to  The maharaja

bo, please see an ophthalmologist as soon as possible

only if you grow up and learn some patience and manner …deal?

Because Kiev forces don’t know how to use them, because digital only confuses them. Slobodan Praljak is worth more than Putin and the Russian generals.

the russians should ask the croats how a effective offensive works, as weve seen in operation storm 1995 in croatia, smashing the whol serb krajina and defeating them 100% in only 5 days. but what was one of the main factors? the croats had a superiority of about 4:1 in man and 2:1 in heawy armament. while russia now in ukraine not even 1:1.

Ukrops did have Ustashe consultants and fighters in this war. Nazi cooperation is international.

I surprise that these weapons were crossing the Ukrainian border and the Russian satellite could not see them. The crimes should be killed in the buds.

The Americans removed the sophisticated systems from the M777s sent to the Ukraine because they know that many of them will end up in the hands of the Russian forces, and they would not like the Russians to get their hands on a technology that they can copy to improve their artillery. Also, training the Ukrainians to operate the sophisticated systems installed on the M777s will take a long time, much longer than the three weeks of training they spent in Germany.

They have the drones and counterbattery comps anyway. It’s not like the Russians are taking precautions with their long tank columns and no air support and static positions. Ukr have 100 guns and over 100 thousand rounds. Amazing how Russia can’t see it all coming in. Must be tunnels that they can’t see.

If they would let the digital black boxes on then someone could look at it one day and realise that western weapons are shooting at eastern ukrainian villages and cities.

Easier to deny everything if you remove them.

An export to Ukraine will soon be an import to Russia. The Ukies will abandon them when they retreat because the gun shows down their running speed.

so? better ask the total failures in the kremlin and russian hq hows that possible to bring into ukraine hundrets of tanks, ifvs, howitzers etc without intercepting or attacking them. if that doesn’t change quickly and drastically, including finally calling up reservists and having more troops available, russia conventionally loses the war in a few months.

This tell A LOT about confidence of US leaders into mr.Z and Ukraenians. The only point for West is to blow a huge media hit ( as big as the gun itself is) but not to provire a real semnificative help for UKR armies (because they not want to escale). Also they fear about capturing at least one of these weapons fully functional by Russia (is almost a certitude). and electronics can have advanced SOFTWARE implemented. So.. Ukraenians will have big guns so they will fight (and get dead or wounded. also, a imprecise big gun will make more collateral victims between civilians. But both Ukraenians and US officials are indifferent to this.

Ukraine is full of criminally insane, scandalous, POS ass *u*kin* NAZIS. What do you expect. Why do you think Rand Paul demanded oversight on the 40 billion dollar lend lease proposal offered by Biden? It’s like Biden and the democrats are building a slush fund to rig the 2022 elections.

Since the Russians will end up with any surviving pieces, the US just didn’t want them to analyze the technology. And the Ukro Nazis couldn’t figure the systems out anyway.

Since they shooting at civilians anyways they don’t need a fire control system. Surely they can hit a town from 20 miles away without it.

So remember, any black market commodity in any quantity is just a phone call away. You can trust us we’re the CIA. Your one stop weapons shop. ALL SALES ARE FINAL.

Hooray for the Black Market!. Maybe Hunter Biden can get involved and make some money for his father.

They remove it as Ukraine won’t have any use for it not being able to integrate or train to use it in time. That gun is beyond what Russia could ever dream of having. Basic models is all Ukraine need at this stage.

Because digital and hackable controls systems worked so great in 2014. Ask Crowdstrike.

Why do the jackasses and shitpiles in the west think that their weapons are superior to the Russian ones? The Russian and even some Chinese version are WAY ADVANCED TECHNOLOGY.

They are clearing out the junk weapons they developed and produced over the years. From a internet search I found that the M777 has a range of 20 km if using HE artillery shells. You get the 40 km range with the expensive ammo, which was not provided IMO. Under heavy usage the recoil mechanisms will fail, can we say design flaw? The digital fire control system means you have to manually spin the dials to target the weapon. So much for high fire rates. I would not get to excited over the M777 as being a game changer.