Washington is considering a possibility of lifting sanctions against Russia. 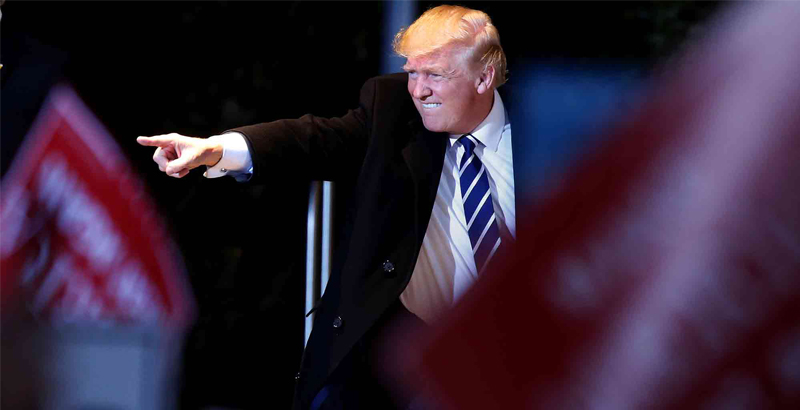 The US is discussing a possibility of lifting sanctions against Russia, counselor of US President Donald Trump, Kellyanne Conway, said on the air of the Fox News TV-channel.

Earlier on Friday, a researcher of the Atlantic Council analytical center Fabrice Pothier wrote on his Twitter that the Trump’s team has prepared a draft decree on cancellation of restrictive measures against Russia.

He also added that next Saturday Trump and Russian President Vladimir Putin will hold a telephone conversation. On the same day the US leader will talk with German Chancellor Angela Merkel.

DC sources say that Trump admin has an executive order ready to lift Russia sanctions. @POTUS to talk to Merkel and then Putin on Saturday

An employee of the Politico magazine Susan Glasser also confirmed the information.

Meanwhile, spokesman for the Russian president, Dmitry Peskov, said that Moscow does not know anything about possible plans of the new US administration to lift sanctions against Russia.

“No, nothing about this is known. And as I understand, the information is depersonalized. I do not know how much it corresponds to reality,” Peskov told reporters, commenting on reports about preparation of the decree.

Earlier, Peskov said that a telephone conversation between Trump and Putin may be held on January 28. According to Peskov, during the conversation Putin would personally congratulate Trump on his inauguration, as well as the heads of the two states would exchange views on the current state of Russian-American relations. The spokesman noted that this conversation would be the first since the Trump’s inauguration and urged not to expect “substantive contacts around the entire perimeter” from the talks.

At the same time, the Reuters news agency reported, citing an unnamed source, familiar with the situation, that most likely, German Chancellor Angela Merkel will also hold a telephone conversation with Trump on January 28. According to the news agency, the fact whether the cancellation of anti-Russian sanctions and the country’s role in the conflict in eastern Ukraine will be discussed during the talks remains unknown.

Earlier, media reported that sanctions may become the subject of a conversation between the American and German leaders. However, a source in Germany said that if Washington decides to lift the restrictions, there is a possibility that the EU will not do the same, as the lifting of EU’s sanctions is connected with implementation of the Minsk agreements on a settlement of the Ukrainian conflict.

End the sanctions and make some money.

American Nationalist love Nationalist-Russia! Down with Zio-Globalism. Up with Putin and Assad and Lebanon and Ireland! Down with the UK-EU-UN-AU-Israel.