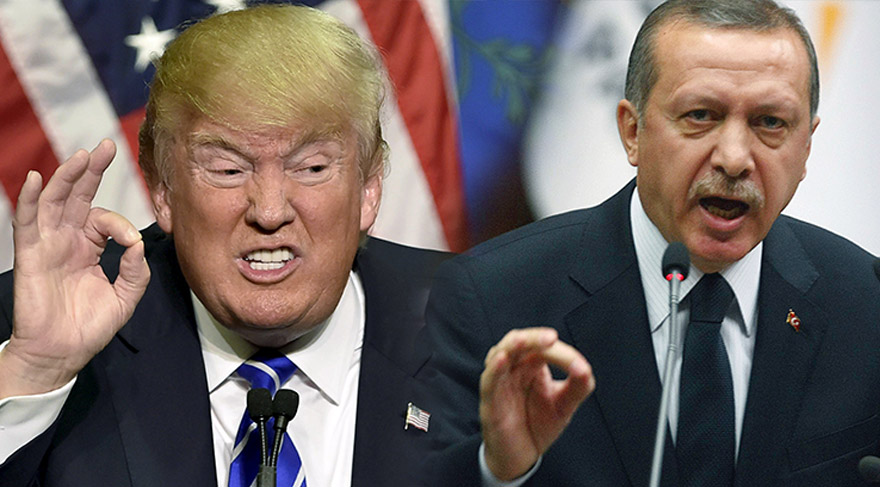 US President Donald Trump has told his Turkish counterpart that the United States will closely cooperate with Turkey in the fight against the Kurdistan Workers’ Party (PKK) and other issues regarding the situation in Syria and Iraq, CNN Turkey reported on Tuesday citing own sources.

#BREAKING Pres.sources: Trump told Erdoğan that U.S will closely cooperate with Turkey in fight against PKK and on Iraq and Syria pic.twitter.com/nd5R0L9FlV

The reported followed a phone call between the US and Turkish presidents. However, CNN Turkey’s information still has to be confirmed.

The United States is one of the main backers of the Kurdish People’s Protection Units (YPG) that is a core of the US-backed Syrian Democratic Forces (SDF) operating in northern Syria. Washnigton desperately needs the SDF if it really wants to storm the ISIS self-proclaimed capital of Raqqah one day.

In turn, Ankara describes the YPG as a branch of the PKK and sees it as a terrorist group.

Meanwhile, the advance on Raqqah is not going very fast (CNN):

The US general commanding the coalition fight against ISIS expects the fight for its de facto capital to have hit the city center by this summer, and in an exclusive interview with CNN, he held out the possibility that more US troops may be needed for that tougher fight.

Speaking on a day trip to the Bakhaira base, where US troops provide assistance for the fight in the Iraqi city of Mosul, Lt. Gen. Stephen Townsend said, “I certainly hope that the assault on Raqqa is underway by this summer.”

Pressed if he would be surprised if that fight continued into next year, he said, “In Raqqa city? Yes.”

That is a typical example of american politics. Tell everyone what he wants to hear , so you try to have all sides happy. Don´t bother with contradictions.

Thing is, the Donald lied and said whatever he felt his audience wanted to hear throughout the campaign, it doesn’t look he has changed much since coming to office. Why accept anything he says as truth now?

When Trump turned on Assad and stuck the Syrian air base on April 7, 2017, immediately the MSM switched from reviling him to praising him. Prior to April Israel had been decrying Trump’s support for the Syrian government and had been conducting bombing raids against Syrian government installations in an effort to provoke retaliation. Trump is now completely their puppet. Nothing will change until either the US is checked by greater powers or people everywhere identify the powers which control the US and expose their interests and agendas, forcing them to justify and be accountable for their actions.

USA, the most reliable ally-to stab you in the back when you are no longer useful..

Identify who really runs the US and expose them for their stealth and duplicity, then not only your nation but even Americans will have more honor and reliability with their government.

All the better for the Syrian Kurds that after the recent SAA East Aleppo offensive they’re now in direct physical contact with the Syrian government. Now they have at least an alternative lifeline once they will get inevitably shafted by the US.

If TF tries to capture Manbij ,SAA can help by attacking Al Bab . Imagine Turkey losing Al Bab for few days . The fought for the town more than 3 months

How do you rate trustworthiness of this report?

Yea but the sad Fact is SAA got better chances to capture New York than Al-Bab. Al-Bab was given to Turkey by Russia and there is no coming back, just as Idlib.

The Syrian Kurds could give a rat’s ass about the PKK since their political views on are opposite ends of the spectrum. The Syrian Kurds have been returning Syriac areas, military bases and infrastructure in the NE back to the Syrian government so they obviously don’t have any plans to form a nation with their cousins in Turkey, Iraq and Iran.

This happens again and again and again. I imagine that they (Kurds) may make a deal with Syrian govt., esp. if Russia steps up support into Eastern Syria. Western and Central Syria is still be cleared.

Trump is supporting Turkey’s new Hitler wannabee, Sultan Erdogan. I’m sorry that I voted for the fool even though I can’t stand Hillary Clinton.

I can’t believe erdogan is forgetting his demand for Gullen extradition. Apparently that is no longer a stumbling block in turkish- us relations.