US President Donald Trump has just officially threatened to “totally destroy” North Korea. In comparison with his previous “twitter threats”, this one was made during the annual General Debate of the 72nd session of the UN General Assembly.

Unless North Korea stops its nuclear and missile tests, Trump said, “We will have no choice than to totally destroy North Korea.”

“Rocket man is on a suicide mission for himself and his regime,” he said calling on UN member states to join his effort to isolate Pyongyang until it ceases its “hostile” behavior.

He also criticized the nuclear deal with Iran saying that it “is an embarrassment to the US,” and adding “frankly, I don’t think you’ve heard the last of it.”

BREAKING: Pres. Trump: US “will have no choice but to totally destroy” NKorea if forced to defend itself & allies. https://t.co/URsTJhovs2

WATCH: Pres. Trump on NKorea’s Kim Jong Un: “Rocket Man is on a suicide mission” for himself and his regime. https://t.co/URsTJhG6QC

WATCH: Pres. Trump to the UN: Some portions of the world “are going to hell.” https://t.co/KqMWNEYO4J 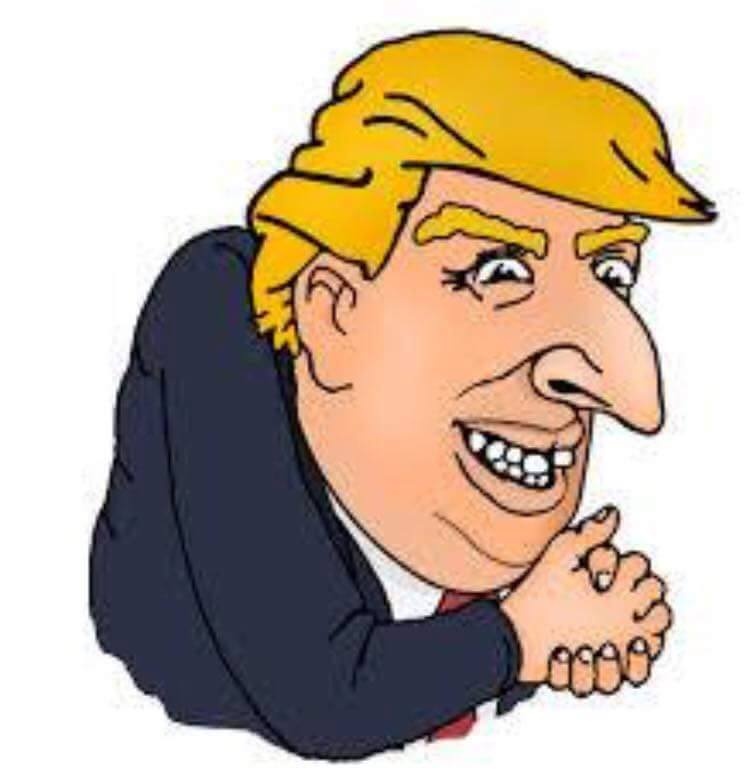 Moussa Saab
Reply to  The Terminator

Trump was always a Globalist and is beholden to the (((tribe))), even his own daughter is a member.
The same people wailing that Hillary was a warmonger are the same people fully supporting Trump’s blatant war-mongering.
If Obama was the “greatest fraud ever perpetrated on the American people” he’s got serious competition from Trump.

888mladen .
Reply to  The Farney Fontenoy

Every new president of US in modern history is a greater fraud than the previous one. There is clear progression in terms of recklessness and moral depravity.

Unless North Korea stops its nuclear and missile tests, Trump said, “We
will have no choice than to totally destroy North Korea.”

this is not true.

he told, usa will destroy NK, if will bw pushed to defend itself or the allied countries. that means, if NK will attack them with nuclear weapons.

i think trump forgot that china said they will defend NK if they are attacked first!!! LOL

TRUMP A CİRCUS PLAYER… USA CAN DO ANY DAMN THİNG…

I just don’t know when people will finally understand that the reason the US and North korea are involved in war of words is only for publicity and resturing fake superiority and world-police status on the world stage through fake means and publicity over these who read crab like that. It’s mental warfare on the random news readers or watchers not on North Korea.

It’s like two companies helping each other in getting good reputation, audience and commercials.

To put it short this whole NORTH KOREA SAGA is BULLSHIT and if you can’t see it your blind.

I kind of agree on this one, Kim did study in the west ..

That’s pretty common knowledge for russians, but regular norks still have our sympathies.

a madman lurking after another genocide, as if that of the Indians by these hate-filled cowboys, that of Germans, that ofn Japanese, that of Vietnamese are not enough,
not speaking of the US having already murdered 1 millions Koreans when they attacked Korea and their still occupying the Southern part…

Sometimes you just have to genocide 25 million North Koreans to save them. Think of the freedom!

Aye, a US-donated laser-guided democracy-seed for every NK family. Oh, the humanity…

Trump is walking billboard for stupidity , he is very good at implicating the US as he almost said” this is what the United States (instead of Nations) around :29 of the first video and that is what is called a Freudian slip. They want the UN to step back and bring their own brand of International Law as they have done for decades. This shouldn’t sit well with the Assembly as the US wants carte blanche to continue it’s brand of war on creating terrorism, rather than preventing it. This seems they are warning other nations who have Nuclear ambitions they will become targets in the future if you don’t toe the line.

He is a boon vis a vis Obama (who was a good frontman for the speak-easy of real US policy). When fronting for an illegal bar in Prohibition US, much better to use a flower shop (Obama) than a gun shop (Trump), as the former reduces scrutiny.

“TOTALLY DESTROY” ?
I guess Trump is not in the running for the nobel peace prize this year. :/

He threatens Iran that already made a deal to stop nuclear weapons development and also threatens North Korea for not negotiating wtf?

Yup, hehe, if there was an shadow of doubt, to the level of intelligence, or shall we say more correct, knowledge, or even more precise, the total lack of it, in an rant that after just 20 seconds you instantly knew this was written by, lord knows, and preformed by an man whom knows nothing, trade, yeah, I bet, but from there, nope, just another string bitch whom dues what His masters tells this shit head to do, and speak.
He gets nuttier and nuttier, only beaten by the master of utter bullshit, the shining beacon of nonsense and lies, NothingButYahoho, the raving lunatic and drunkard running the rat house Israel.

And some even doubted the Israeli involvements in the Kurdish freak show.
huh

No, again, we are just in awe, first the Nikkiki thing, then this.
The fact the NKs went out, before this, truth is, I would do the same, I may have gotten diarrhea by just listening to this, highly contagions manure, spewed all over the UN, witch by the way have lost everything, and is an club of nodders and yes men, despicable creeps.

And why isnt Russia bombing the shait out of the SDF, do an surgical one, just chop the head of, no fancy pansy, just flatten the compound.
And paint anything moving, even down the toilet, to make sure they know, you know, and tell em to bring it on, because right now they just look for an excuse, any excuse, to warp this into over drive.
We are dealing with insane people, an nation of psychopaths.

True. However it’s important to give a balanced picture here. While Trump is a proxy of the dragon because he has a mind of dragon and he speaks like dragon nevertheless Kim is a product of the same force including NK population which has been imbibed with the Bolshevik abomination brewed by masonic Jews on the orders from Vatican.

One does recognize that “THE DONALD” has absolutely no say over what happens. He merely reads, and on occasion adlibs, from a prepared script. His gig as poster child for the corporate fascist state and Murder Inc. is drolly amusing in an odd sort of way. Part of his charm is his self absorbed irritating boorishness. He is like a groping Richard Dawson without the slobbering or the self-effacing humor.

Oh joy, just what the world needs, yet another slimy game show host.

SF, while the Speech was certainly, ‘a peach’, you might want to correct the headline (A/Speech). The “S” key is see is adjacent to “A” key on English keyboard, so I assume typo.

Do you see a man that is hasty in his words? there is more hope of a fool than of him.
An angry man stirs up strife, and a furious man abounds in transgression.

I bet if Putin or the Chinese Leader or Maduro or Mr Routhani of Iran had voiced such belligerent threats in public; The USA and her thuggish fiends/EU/NATO would have condemned these aforementioned leaders as declaring ” war”. IT is USA is the problem not North Korea not Iran and not Russia; It is the Military Junta USA =CIA=Mossad and the arms murdering industry pose greater risk for all of us. It was USA+Israehll which got together to blow up the 3 Jewish owned buildings in NY and murder 2,700 americans. it was the USA which dropped 12,293 bombs on Syria. It was the USA who requested of Ukraine to shoot down the Malaysian airlines jet and murder 260 plus passengers over Ukraine, just to try to stitch up Russian government. It was the USA which dropped the Hydrogen bomb on Japan and not Russia/Iran/Syria or Venezuela or North Korea????. It is the USA which has interfered in 87 differnent government all around the world and, is still interfering!