On August 29th, a man was shot and killed in Portland, as a pro-Trump protest and a counter-protest including Antifa and BLM clashed in the city.

Portland police said the man was shot around 8:45 p.m. near Southwest Third Avenue and Alder Street.

The man lay in the street as medics tended to the gunshot wounds. The body remained there after medics left. Next to the body was camouflage gear with infidel and thin blue line patches – what is now known as a “Blue Lives Matter” patch, which expresses support of law enforcement.

Protesters from the counter-protest celebrated the death of the man.

“I am not sad that a f**king fascist died tonight,” yells a female Antifa militant at a gathering in downtown Portland. The crowd laughs and cheers. The victim was a Trump supporter. pic.twitter.com/XK4Czzseia

Black Lives Matter protesters and Antifa are cheering on the murder of a Trump supporter tonight in Portland.

"Our community held its own and took out the trash." pic.twitter.com/9rJjBlwL1s

Reportedly the shooter was a BLM protester who can be seen in several videos.

Portland shooter is 100% part of BLM/Antifa. He's all over the video 7-8 mins earlier next to the bullhorn guy.

White kid in sandals talking to a girl in a striped dress.

He said to her "Hey, I hope I didn't scare you earlier." 3 mins before he shoots the Trump supporter. pic.twitter.com/tH4Lx0hfGi

It’s the third consecutive weekend competing groups have clashed downtown, events that have grown increasingly violent as Portland protests against systemic racism and police brutality. These riots have gone for approximately 4 months now.

Will social media platforms ban all of BLM / Antifa from its platform now?

If the Proud Boys meet Facebook's "dangerous individuals and organizations" policy, what about a movement that just openly incited murder?

There is a video of the shooting, as well as a video showing medics attempting to save the man’s life.

Here is video recorded from a distance of the shooting. pic.twitter.com/wtxItCDMay

Patriot Prayer founder Joey Gibson showed up to the scene of the shooting, and was promptly chased down the street by counter-protesters.

The man was reportedly wearing a Patriot Prayer baseball cap when he was shot.

Gibson said he didn’t know the man and had no idea what was going on, he was chased and had to take refuge inside a gas station.

Counter-protesters attempted to enter the gas station and take Gibson out, but others circled it and impeded their way. Finally, police cleared the area around it.

Police move and move protestors away from the gas station pic.twitter.com/FJNnewoXcm

RIP. Hope Trump cleans up America of these communist and muslim bastards

Fuck your Shia ayatollahs hope they get nuked

How old are you? are you Indian?

Yes I am
Why do you care

He seems enamored with “Muslims” and “Communists”, unlike most educated Indian’s who abhor racism. Wonder what kind of a Hindu name is “Paul”? Worth ignoring trolls.

Nothing to cheer on racist violence, Trump is adding fuel to the fire and will destroy America, which perhaps is not that bad a deal.

The U.S is filled with left wing anarchists bro, some areas are even worse than immigrant cities in Europe. The police has abandoned the law obeying citizens, it won’t get any better sadly.

You are a disgraced racist teenager on a daily attention seeking quest.

Stop crying Ashok, I will show you respect if you comment nicely.

You are an idiot who deserves nothing but contempt. You have no life but spend your pathetic lies trolling. A teenager seeking any attention. DO NOT TRY TO ENGAGE WITH ME, it is insulting.

You’re engaging with me it seems, I don’t really care about you.

Ignore him he is a Shia bastard

Indeed, learning languages, appreciating cultures or getting an education is outside of your limited IQ zone :)

Americunt arseholes are heading for a full scale civil war as the deadbeat morons and their Jew masters have destroyed the Hollywood fantasy economy and lost wars. 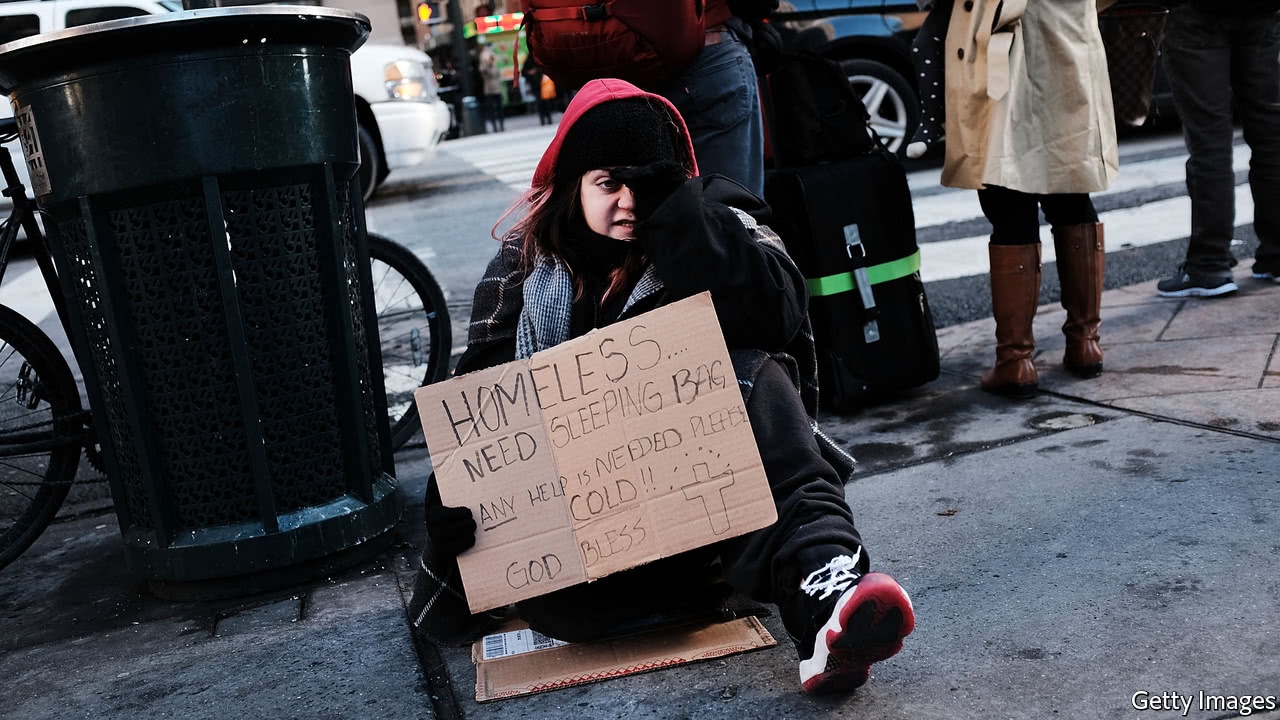 Im afraid no matter who will win in November, civil war is coming.
And its not the EU, Russia or China.
But the CIA, banksters , soros and Co.
Only thing Trump can do now is to bring home the troops and deploy them on every streetcorner and default in the debt.
Even in the best case scenario the $ is done along with their Empire.

It ain’t better here also, Israel has been divided into pro and anti Bibi supporters for the last 2 years. We might have our own civil war too, but we will get a clean country from corruption with a true patriotic leader that cares for the people. Bibi’s time is ticking, the hate towards him is so big someone might decide to assassinate him eventually.

In my humble opinion Yitzak Rabin was the best leader Israel ever had.

I have 3 of my own – Rabin, Begin and Sharon. What happens today in my country couldn’t have happened if they were in power, now we’ve got small peanut heads politicians like Bibi. Israel is bigger than him, the only question is how much destruction he would leave after he’s gone.

Begin and Sharon were War criminals,and Begin was a former Terrorist with Irgun the Zionist Fascist gang.

According to all gentiles, you know, those “animals in human form” that your Maggot God created to serve his “Chosenites”?

Well what do you call blowing up the King David hotel and hanging three British sergeants? also my Dads army unit were one of the first to liberate Bergen Belsen,then at wars end three of my Dads comrades stayed in the Amy,they were sent to Palestine,where they were bombed and shot at by Irgun and the other terrorists,they were also at Belsen,thats a hard pill to swallow.

“Bibi’s time is ticking, the hate towards him is so big someone might decide to assassinate him eventually.”

Nah, the problem is that the whole fecking WORLD hates you Zio-Nazi scum, and your karma account is massively overdrawn.

I’m not going to start a cursing debate with you, for the sake of my own calmness. Blocked.

It’s becoming weird in France too. Don’t know what will happen in 5-10 years.

If there’s civil war. I’ll be sure to kill you first.

U.S. Empire is collapsing with warp speed.
Both at home abroad.
RIP for that poor chap.

US is in ruins and imploding very fast and it will get worse after the fake election. KARMA!

US is a evil racist cesspool like its Zionist tumor and this is divine justice for all the blood spilt for greed and delusions. Could not be happening to nicer people :)

It is gratifying to see that the misery the US has spread around the world is now coming home to roost.

When Identity Politics is coupled with religious zealots the results have always been very cruel and bloody indeed.

This will be the well deserved future for the USA in my humble opinion.

Hope this Antifa POS goes to jail for a long time. Fucking leftist scum think they’re fighting ‘fascists’, oblivious to the fact THEY are the only ones acting like fascists.

there is justification for militancy to address social forces. the Antifa/trump conflict seems like 2 reactionary childish groups of idiots —the same lumpen criminals that believe they are different…it is difficult to comprehend how US police can tolerate these backward bullies. When I lived in US I spoke w a US policeman and mentioned to him that If I had a gun I would shoot all these idiots…how can you manage in this job? He replied, “my wife says the same thing to me”
When political formations actually create policies—universal health, poverty, housing, mandatory maternity/parental leave, educational reform, criminal justice, state paid universities, etc this should be admired…I observe this in Russia and observed this in Argentina , Nicaragua, etc….India , Russia, Hungary and China have made great strides in the past decade….the obsession with leaders ignores social forces and concrete programs that will improve social conditions. Wars, imperialism are distractions that distract from domestic needs—a temporary method that increases jingoism, fear and delays or precludes national populations from devoting energies to what matters. Conditions can be better addressed in all nations when their is unity and cooperation—the USA is disintegrating—examined by Putnam (Bowling Alone), Christopher Lasch (The Culture of Narcissism), Hofstadter (The Paranoid Style in amerikan Politics), Alan Bloom (The Closing of the amerikan Mind), Morris Berman (Dark Ages amerika/Why amerika Failed), David Riesman (The Lonely Crowd), Philip Slater (The Pursuit of Loneliness), The Dialectic of Enlightenment (Horkheimer/Adorno (The Image ) Daniel Boorstin…Johan Galtung predicts US empire to collapse in less than 10 years—a sociologist and mathematician, he has employed 15 mathematical indices and he only required 6 to predict USSR would disintegrate by 1990

This is what you get for electing a president who doesn’t seem to care about uniting people. This is on Trump. It is unthinkable for a nation’s president to stay quiet on police brutality while praising the work of law enforcement. He has obviously taken sides in a situation that needs him to listen to both sides. What do you expect?

Refer the Kyle Rittenhouse case. For defense against these liberal antifa as@#ls rioters, carry a shotgun, not an assault rifle.

A shotgun loaded with buckshot or rifled slugs :)

They are just playing new campaign in COD.

The violence level is definitely ratcheting up and it will be compounded by the fact that most Americans will refuse to accept the election results when they lose.

This is getting suspicious. Black Rights protests are just … but why are protests on the same scale not being carried out for Palestinian rights ? Suspicious indeed …

This is what happens when you let Communists out on the streets.

Why should we care? DC has reaped what it sowed. After all, they didn’t care when patriots were butchered by wahhabi and fascism scum elsewhere.