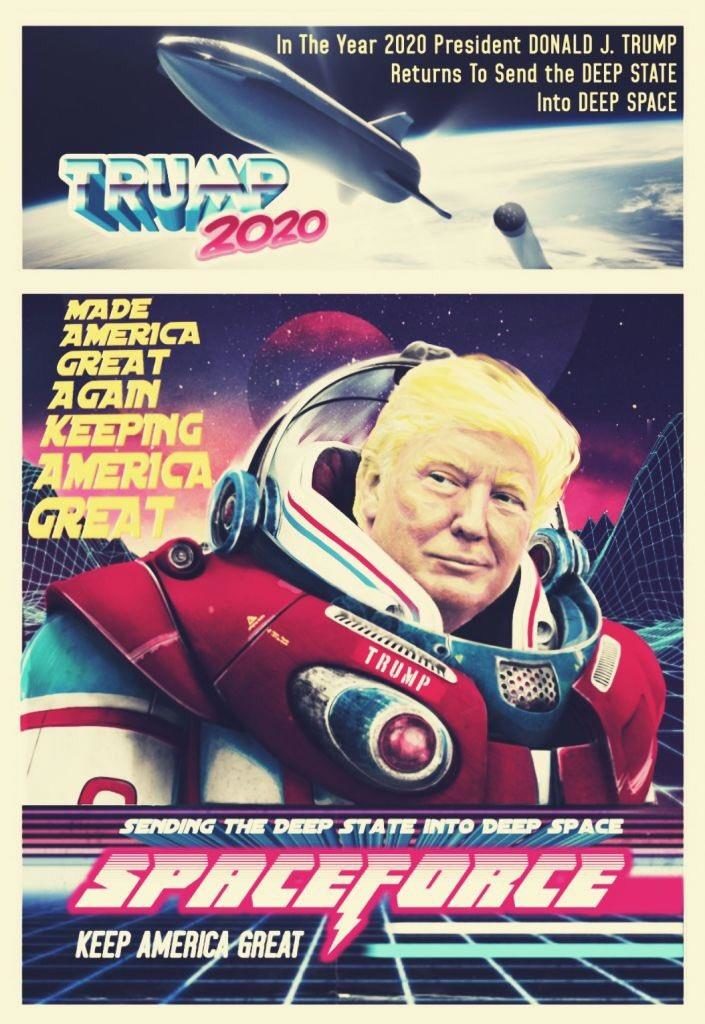 The US Space Force created by President Donald Trump has just ahieved a key milestone conducting the first official deployment of its troops. However, the moon still remains a too distant target. So, the mighty US space-fighters deployed to the Middle East.

In fact, Space Force troops were not even dropped by US space ships. Instead, twenty personnel assigned to the 16th Expeditionary Space Control Flight and the 609th Air Operations Center at Al Udeid Air Base, Qatar, were reassigned to the Space Force.

So many dont understand the fund raising systems, which USA often is based on.

A new version is named crpwd funding. If You like an idea You see advertized as an idea, You can contribute but You shall notr expect to get any money back.

Thats whatTrump hopes for. He has no money. The Warcomitty has. Some might remeber Macain.

LOL, I love it, sounds like a `60ies B sci-fi movie featuring rocket ships that look like the Fat Man atomic bomb.

They have photonic weapons Phoron ! https://www.youtube.com/watch?v=0rvx6BBkxz4

They are stack with cowboy movie heroes even in space and 1950’s the golden age of US (when myth of US as “winner” is created ) and when they could hide their defeat in North Korea ( no serious TV , no internet )

Russia keeps making the cute with that Jew’s pawn Trump, and will regret it.

Why would US go to the Moon if they were there 100 years ago (when decent computer was the size of 10 store building ) What would be the purpose to go on the Moon if they were there 50 times already?!! True….today they can not even arrive to the orbit without huge difficulties…but there must be some logical explanation….wait there is no logical explanation…..

The explanation is always on your nose tip, starring you in the eyes. Maybe the first moon landing was faked like so much else.

The ” space force ” is not Trump’s idea and its been operating for some time, lets not be silly. ” Mr. McKinnon, who breached the security defences of NASA and US military networks between February 2001 and March 2002, said that he found a document entitled “non-terrestrial officers”. This excel sheet, he explained, had the ranks and names of unknown individuals. Furthermore, Mr. McKinnon went on to say, another sheet had tabs for “material transfers between ships”. When he tried to search for the names of the ships – approximately eight to 10 in total – he was unable to come across anything that mentioned them (at least in public), reinforcing his assessment that these were part of a covert and non-terrestrial US initiative.” https://www.welivesecurity.com/2015/12/08/gary-mckinnon-reveals-detail-on-nasa-data-breach-and-extraterrestrial-life/ https://www.thesun.co.uk/archives/news/891227/hacker-claims-us-hiding-space-fleet/ https://www.dailyrecord.co.uk/news/crime/scots-computer-whizz-gary-mckinnon-7053078