US President Donald Trump blamed the leaders of the Baltic states for starting wars that led to the breaking of Yugoslavia, thus mixing them up with the Balkan states, French Newspaper Le Monde reported.

Trump reportedly made the mistake in a White House meeting with Dalia Grybauskaitė of Lithuania, Kersti Kaljulaid of Estonia and Raimonds Vējonis of Latvia in April 2018. The three leaders were at a loss initially and it reportedly took them a few moments to realize that Trump mixed up the Baltics with the Balkans.

In today’s ⁦@lemondefr⁩: When #Trump received the leaders of #Estonia, #Latvia and #Lithuania, he began by blaming them for the war in Yugoslavia. It took them a few moments to realise he’d mixed up the Balkans and the Baltics. ⁦@SylvieKauffmann⁩ pic.twitter.com/HYQYpbqgGs

To clarify, Lithuania, Latvia and Estonia are located in Northern Europe, on the eastern coast of the Baltic sea.

About 1,000 kilometers south lies the Balkan Peninsula, named after its biggest mountain – the Balkan. It comprises states from the former Yugoslavia including Croatia, Serbia, Macedonia, as well as Bulgaria and Greece, among others.

Yugoslavia was a state that incorporated a large portion of the region. It became socialist, following the ousting of German occupants following World War II. In the 1990s Yugoslavia disintegrated and the region was torn apart in a series of civil wars, culminating with the Kosovo war of 1998-1999.

The interesting part is that Trump’s wife – Melania was born in Yugoslavia. And she clearly did not educate him whatsoever in any of the region’s geography or politics.

According to Le Monde, Trump also once more expressed his condemnation of Nord Stream 2, which involves the construction of two gas pipelines that go from Russia to Germany, through the Baltic sea. The interesting part is that Lithuania, Latvia and Estonia are not part of the project.

Expectedly, the blunders became popular on Twitter, and users have presented some interesting comments:

He’s particularly pissed off at Germany for bombing Pearl Harbor.

Now waiting for him to make a comment about Crocodile Dundee to the Austrian delegation.

“In Guinea and Nigeria, you fought a horrifying Ebola outbreak. Nambia’s health system is increasingly self-sufficient,” he told African leaders.

The White House later clarified that he had speaking about Namibia, not Zambia or the Gambia.

This all comes amid an increase in tension between the US and the EU. On November 9th, Trump attacked French President Emmanuel Macron after he said that Europe needed to take more responsibility for its security.

Trump visited Europe for the November 11th Armistice day marking the centenary of the end of the First World War.

Macron, during his speech on November 11th criticized nationalism as the enemy, while Trump, a self-named nationalist set next to him.

“Patriotism is the exact opposite of nationalism: nationalism is a betrayal of patriotism,” said Macron. “By pursuing our own interests first, with no regard to others’, we erase the very thing that a nation holds most precious, that which gives it life and makes it great: its moral values.”

Trump also got heavily criticized for cancelling a visit to the American cemetery at Belleau, a site of immense importance to the US military, was cancelled because it was raining.

“They died with their face to the foe and that pathetic inadequate @realDonaldTrump couldn’t even defy the weather to pay his respects to The Fallen #hesnotfittorepresenthisgreatcountry.”

Nicholas Burns, an American diplomat who served both Republican and Democratic presidents, called that choice “astonishing.”

“Did the President really not visit the American military cemetery today in France?” he asked. “It is his duty to honor our soldiers who fought in 1917-18.”

Trump also continued his attacks on Macron over Twitter on the morning of November 13th.

Emmanuel Macron suggests building its own army to protect Europe against the U.S., China and Russia. But it was Germany in World Wars One & Two – How did that work out for France? They were starting to learn German in Paris before the U.S. came along. Pay for NATO or not!

The problem is that Emmanuel suffers from a very low Approval Rating in France, 26%, and an unemployment rate of almost 10%. He was just trying to get onto another subject. By the way, there is no country more Nationalist than France, very proud people-and rightfully so!……..

He also threatened to impose tariffs on wine imports from France.

Thus, Donald Trump placed himself in the middle of one more partially funny, but mostly embarrassing and insulting situation.

the aryan god has problems with the past. the kremlin god with the now. da, towarishch puutyin, ISIS is defeated in syria? :DDDD

no difference. no tigers there :( 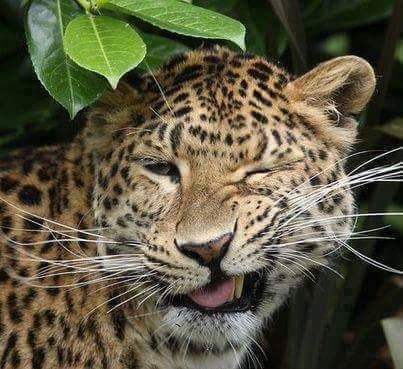 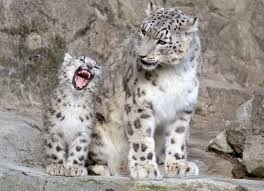 what a useless arrogant man…spends more time on makeup, than on policy….

I can’t comment about all American Presidents, but Reagan was a moron, Bush junior is a moron, and Trump is the biggest moron of them all.

“As democracy is perfected, the office of president represents, more and
more closely, the inner soul of the people. On some great and glorious
day the plain folks of the land will reach their heart’s desire at last
and the White House will be adorned by a downright moron.”
(HL Mencken) 1956

sure… but what do you expect from a fat dude with a Flock of Seaguls hairdo..

Come on. Trump is right folks.