Mere minutes after ABC News published a report claiming that the Trump Administration had considered declaring a national emergency to circumvent Congress and start construction on the rest of President Trump’s border wall, President Trump confirmed as much during a raucous White House press conference on Friday. After saying that the federal government could use eminent domain to secure the land for the wall, Trump responded to a question about using his emergency powers to build the wall with a definitive “yes.”

“It’s another way of doing it. If we can do it through a negotiated process, we’re giving that a shot.”

According to the ABC News report, discussions about declaring a national emergency have been happening at “a working level” and that discussions have intensified as Democrats have continued to insist that they won’t approve any funding for a border wall, and Trump has insisted that he has no intention of capitulating. On Friday, Trump rattled anxious furloughed federal workers by saying the shutdown could persist for “months or years”.

WATCH: President Trump says he is considering declaring a national emergency as a potential attempt to circumvent Congress for border wall funding. pic.twitter.com/7CYDuBS2pn

A reporter for CBS News highlighted the section of the US code that would allow Trump to use his emergency powers to build the wall, and noted that the same authority was previously exercised by George W Bush in the wake of 9/11.

Bush 43 invoked this authority shortly after 9/11. (I'm not sure for what. But I have a few guesses.)

Here’s the text of the law:

The administration will reportedly hold meetings on Friday and over the weekend to discuss “next steps” for getting the wall built, despite Trump acknowledging that he had a “productive” and “very good” meeting with Democratic leaders on Friday.

Still, one of ABC’s sources said using the emergency powers would only be a partial solution.

One administration official described the current executive action under consideration as clearing the way for the construction of roughly 115 miles of new border wall strictly on land owned by DoD, which would make up roughly 5 percent of the more than 2,000-mile border.

“The President has some limited authority to direct the Department of Defense to build portions of the barrier along the southern border,” Tom Bossert, Trump’s former Homeland Security adviser and current ABC News contributor said. “Depending on what approach he takes, every option available to him comes with some structural constraints and will be met with congressional opposition and legal action — even the very rare emergency authority that has garnered debate this week. Unless Congress acts, there is seemingly a significant limit to the amount of wall Department of Defense could build.”

On another note, when asked about what furloughed government employees should do if the shutdown persists, Trump said those workers are “good for the money” and that many of those going without pay want him “to keep going” for the good of the country.

Trump tweeted last month that he could order the military to build the wall if Democrats wouldn’t cave, affirming that the wall would get built one way or another.

Trump says a lot of stuff, he’s a mouth without a brain.

Well the headline says ‘may’. Don’t hold your breath.

But let’s both of us hope.

Just another step towards an open dictatorship in the west.

Yeah how dare he ensure that people come into the country legally? Such a fascist.

Democrats and neocons are playing in Trump’s hands, opposing the funding of the wall whereby Trump stated he could declare a national emergency to build the wall. This will set precedent of other “ national emergencies “ to be declared to neutralize his opposition in the future.

Trump is trying to take all liberals down like Samson did with the Philistines.

If Trump get his wall, there will be less refugees, less vulnerable children, less police and court work, less drugs and prisoners, less mixed marriages, and less criminality and less social problems.

Stand up behind the Democrats and make your stand against Trump´s disgusting bullying of liberal jobs. 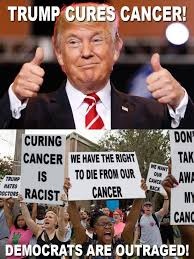