Though outrage over mass surveillance swept the United States after Edward Snowden’s revelations in 2013, there is little discussion of these invasive practices just four years later.

This apathy comes despite former President Barack Obama’s move to expand to information sharing between agencies just days before Trump took office and after the Trump administration signaled its desire to continue widespread surveillance. 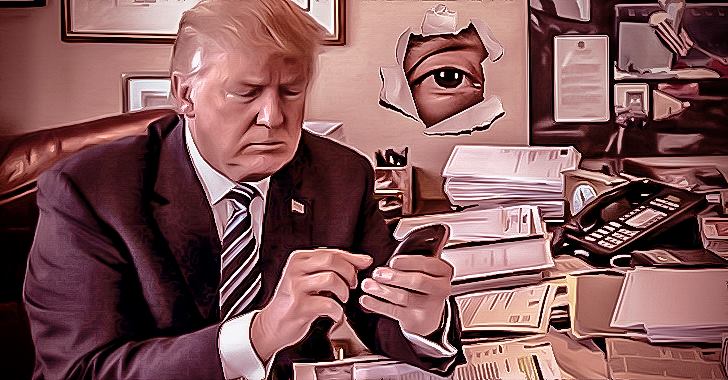 Amid this lack of attention toward the NSA, the president recently nominated a staunch advocate of mass surveillance to chair one of the few barriers standing between intrusive government spying and the American people’s privacy. The Privacy and Civil Liberties Oversight Board (PCLOB) was created in 2004 at the recommendation of the 9/11 Commission and was intended “to help the executive branch balance national security priorities with individual rights,” the Intercept reported earlier this year.

“PCLOB is supposed to have five members, no more than three of whom come from the same political party; to employ a full-time chairperson; to have regular access to the 17 intelligence agencies; and to publish unclassified versions of its evaluations of U.S. espionage powers.”

However, as of March of this year, the board was down to just one part-time member, and this lack of personnel rendered it largely impotent.

“But with just one part-time board member left, after another member’s term ended last week, the agency has very few formal powers to police the so-called ‘deep state’ until President Trump nominates a new board,” the Intercept reported pursuant to emails they obtained regarding the remaining single member.

Though the board had been deteriorating before Trump became president, it may now be further undermined as a result of his recent appointment.

On August 25, the president announced his nomination of Adam I. Klein to chair the PCLOB. According to the White House release discussing this nomination:

“Mr. Klein is the Robert M. Gates Senior Fellow at the Center for a New American Security, where his research centers on the intersection of national security policy and law. He previously served as a law clerk to Justice Antonin Scalia of the U.S. Supreme Court and Judge Brett M. Kavanaugh of the U.S. Court of Appeals for the D.C. Circuit.”

Though the often loathed late Antonin Scalia was considered somewhat of a defender of the 4th amendment, Klein fails to offer a strong buffer between intrusive policies and the American people.

Though Klein co-authored an advisory report for the incoming Trump administration advocating a balance between privacy and security, the paper criticized Edward Snowden and lamented the disintegration of trust in government his leaks helped to foster:

“The post-Snowden backlash has impeded law enforcement and intelligence gathering, harmed the U.S. technology industry’s competitiveness in international markets, and created diplomatic friction with important allies. Most importantly, many Americans remain skeptical that their government respects their digital privacy.”

Though the authors go on to highlight the importance of the leaks in bringing the issue of surveillance to the forefront — and continuously pay lip service to “privacy” — the authors’ emerging goal appears to focus on getting Americans to trust surveillance. Though they do advocate some reforms, they stress the importance of spying staples like the controversial Foreign Intelligence Surveillance Act (FISA) courts and affiliated Section 702 surveillance program, which will expire at the end of this year unless Congress reauthorizes it. Section 702 authorizes the broad collection of data, and though it allegedly applies to foreigners, it also sweeps up the data of Americans.

They also highlight reform efforts like the USA Freedom Act, which ultimately did little to scale back the foundational framework of mass surveillance and simply added an extra step to the government’s process of obtaining data. Digital rights group Electronic Freedom Foundation (EFF) ultimately pulled their support for the bill because it believed the reforms offered were insufficient. Another example of reforms they cite is Obama’s Presidential Policy Directive 28, which, according to EFF, offered “no significant change to the actual surveillance the U.S. has been conducting.” Where Klein and his associates claimed PPD-28 marked “a commitment still unequaled by any other country,” EFF argues “the U.S. is ten years behind Europe in requiring their government agencies to protect the privacy of noncitizens when government actions affect them.”

Further, in a defense of Section 702 Klein published in the Wall Street Journal this July, he contended that 9/11 occurred because the government did not have a powerful enough surveillance apparatus. He praised the FBI for foiling terror attacks (conveniently omitting the reality that the FBI has made a habit of entrapping unstable individuals, encouraging them to commit terror attacks, and then claiming credit for foiling said plots).

“Courts have found that this practice comports with the Constitution. In November 2015, the Foreign Intelligence Surveillance Court held that the Fourth Amendment does not require the FBI to get a warrant before conducting routine database checks, which include some 702 data.”

However, both the FISA court and Section 702 have been thoroughly lambasted by privacy experts and advocates. Though some advocates stop short of calling FISA rulings “rubber stamps” despite their near universal approval of warrant requests, some less disputed problems are the court’s total secrecy and the lack of any type of defensive presence during proceedings; they are conducted by a judge and the prosecution.

As for Section 702 of FISA, the ACLU shared its pitfalls in a letter to the House Judiciary Committee in February expressing the organization’s opposition to the policy absent meaningful reforms. The letter read:

“In its current form, Section 702 fails to comply with the government’s obligations under the Constitution and international law — and its sweeping nature results in the collection of information from individuals who pose no threat to national security. Indeed, although the government has not provided comprehensive statistics on the use of Section 702, a Washington Post analysis of over 160,000 intercepted emails likely collected under Section 702 was striking: 90% of individuals swept up in the surveillance were not the intended target, and nearly half of the files examined contained information or details related to a U.S. citizen or resident.”

Klein showed no such concerns. Though he said in his op-ed that Congress was “right to examine the privacy implications of Section 702; powerful tools require powerful constraints,” he refused to disavow the demonstrably invasive policy. He wrote:

“But members concerned about 702 should focus on bolstering the program’s oversight and transparency—by strengthening judicial review and requiring more transparency about how prosecutors use 702 information—rather than creating barriers to information-sharing within the intelligence community.”

Make no mistake; though Klein advocates a balance between national security and privacy — and is likely genuine in his rhetoric — he routinely comes down on the side of government surveillance. Considering Trump’s previous actions and rhetoric, Klein’s appointment is nothing short of predictable. After all, while campaigning for the presidency, Trump made it clear he sided with the unconstitutional widespread practices.

A nation deserves the government it gets. Americans have been immersed in trivia and ‘celebrity’ for many decades now and whilst they have been Living the Debt Fueled Dream the charlatans and crooks have pillaged America and indeed much of the world.

The issue is not whether people get what they deserve or deserve what they want, but get that to which they have expressly consented.

You don’t want a homo vacation in Tel Aviv? Look how much fun those to jew fags are having gazing lovingly at each other with their legs provocatively splayed.