U.S. President Donald Trump said on June 22 that he will impose more sanctions on Iran, adding that the possibility of military action against Tehran “is always on the table.”

“We are putting additional sanctions on Iran … In some cases, we are going slowly, but in other cases we are moving rapidly,” Trump told reporters at the White House, according to the Reuters news agency.

A day earlier, Trump revealed that he ordered a strike on Iran, but then called it back when he learned that it could lead to a high number of casualties. The alleged strike was supposed to target three Iranian military positions, including an air-defense site responsible for the downing of the U.S. spy drone on June 20.

Despite his renewed threats, Trump told the reporters that he is open to reverse the escalation, and to reach a quick deal with Iran that would “bolster” the country’s flagging economy.

Trump departed Washington for the presidential retreat Camp David following his brief meeting with the press. The president said that he would be deliberating on Iran during his stay there.

Iran will not likely accept any talks with the Trump’s administration as it is presenting nothing in exchange for such a step. Furthermore, Tehran apparently has no faith in Washington, which pulled out of the nuclear deal without providing any convincing argument.

The Trump every action make America shamefully isolated while Russia and China becoming stronger and stronger.

As even the NYT conceded US is not an independent state. 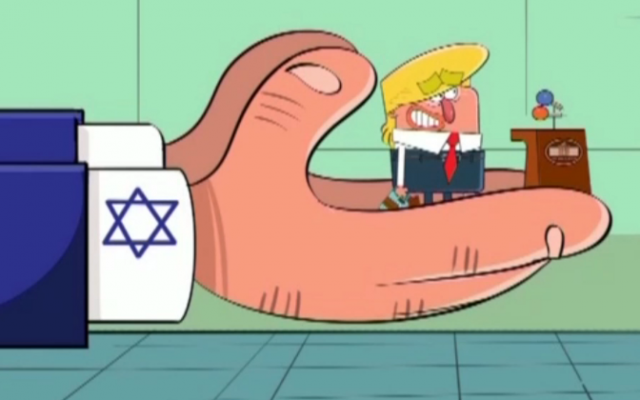 BS stats. 100 million Americunts are in poverty, the rest on foodstamps and meth. Don’t kid a kidder. Highest debt in the world, that makes Greece look like an economic miracle.

No, no, they do not exist at all, that’s why you spend most of your time hating them.

They are the most trusted nation in the world, thats why they are given that high loan.

Very strange too so many millions want to go to USA no matter what.

Much like You have no idea about western ecomics, are on meth og both Yourself.

Both shit hole communist dumps are about to implode , enjoy .

The US needs to dejudified so that it is Jew free. The Trump administration has shown what a complete disaster Zionist and Ziocon involvement in American matters is.

Your point is very valid. The Jews and their destructive lobby AIPAC is creating havoc for both domestic and foreign policies. They are out of control and need to be reined in before they set of a calamity. After the Balakot incident with Pakistan, even India is distancing itself from Jew pressure of goading a conflict.

The way I’d like to see the problem handled is for them to become former Jews by outlawing Judaism. So that it goes extinct. 99% live in Christendom. The non Christian world has figured it out.

The same goes for Islam. It was simplified Christianity and Jewisme and became a succes because all could understand, that the way for wealt was plundering and killing all, which by own work has become rich.

There is a better way to get rid of the Jew parasites and global
plunderers than just banning the disgusting death cult of Torah evil.

You hardly know any.

You could mail and propose. Hardly none from the whole world apart from me read here apart from few Jews. They are family just not reintegrated well in the Semi world yet.

Most people writing here are nothing and hardly even muslims as well.

Is Sam your father.Sorry my Ethopia street kid.Keep on looking for your mothers brother.

Fall off a cliff.

As long as Israel and Saudi controls USA no talks no friendship. Actually the whole shit were started by Trump blondie wig head.He canceled nuclear deal.Spying on Iran.

Saidis do not control anything. The are used and misused.

It is also true.Bloody prostitute regime.

But the reason is that several others do devellop such being not USA and Russia, so they are not allowed to make such wepeons themselves as well as making good counterattckers.

Other started it. See fx how North Korea and Iran can make them better and better. Others can do it too and might do it.

You forget USA and Russia are in the same boat and the best solution would be to stop the others from their escalations.

If the US had been free of the racist-Jews then we would have never been wrongly suckered into the first world war which England and the Jews were responsible for.
Because of that first monstrous injustice, everything that has happened since is based on that first massive lie.
Until the history books are corrected about who was truly at fault for that injustice, then nothing will ever change.

I think muslims did. They let der Kaiser think he in secret bought 71 virgins. Old but still alive, they sended him 1 virgin being 72

Hello Sinbad. For me it is checkmate, on Mr. Bolton and Mr. Pompeo et al. The game that was played is done. 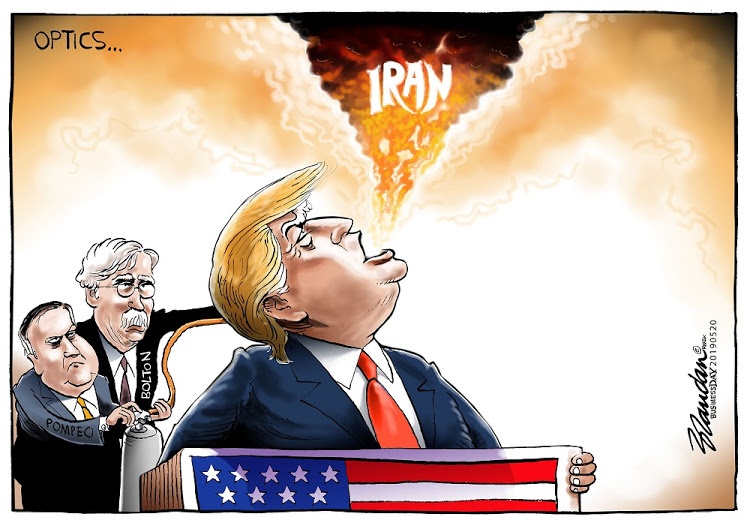 yep, that is all Trump has left …….. blowing hot air. Bolton and Pompeo are done. The vibe coming out of D.C. is typical of those who are in the process of getting crushed of good. NeoCon theology is beginning to get the heave ho.

We shall see shortly Jens. :)

Semittes with Jewish Leadership will build an Ark before anything like that ever will happen.

hahahah i dont think so mister trump, you had a chance and you backed down, its safe to say you blinked on this one ;))) dont you know God is Iran’s mightiest defender and you cannot harm it?

Even the chauvinist right wing RSS controlled Indian media is painting a very poor picture of US maturity and childish antics. It is time to put adults in charge of US foreign policy.

As long as Your adults ¨cant agree, Your proposels count 0.

India and China are extra hit, because they use oil from Iran.

They are gonna get double special secret sanctions.

Sanctions,..it’s a totally new approach! One can’t fault these fine fellows for lack of originality!

There is nothing left to sanction. Iran’s economy is quite self-sufficient and resilient. They grow enough food and vegetables to even export. So what is US exactly going to sanction next?

Its next level. If people dont listen by talking and sanctions – Then what ?

Is it just me or are Trumps facial expressions starting to resemble Pompass?

Actually, Trump is a lot of hot air and a cheap real estate salesman and conman with an inflated ego with no real sense of history. The dangerous and insidious Jew scum and their puppets like Bolton and Pompeo are the ones that will get US destroyed. The cursed Jews have no interest in dumbass brainwashed Americunt redneck cannon fodder and consider them expendable. They have been killing the Americunt morons since USN Liberty, 911 false flag and hundreds of other staged events including the endless wars for the delusional Yinon plan..

What else could he say and do? Iran called his bluff and (thankfully) he backed down … “more sanctions” was inevitable but if they have any teeth then Iran will force his hand yet again.

Trump had another option. Its not mentioned in the referring and should.

Two things became crystal clear, US and Trump in particular have no credibility or veracity, and secondly no unauthorized military aircraft would be intruding in Iranian airspace anytime in the future. Iran has gained a lot of global and regional respect.

They have satelites, which can see every aswhole. You are wrong about the rest too.

Iran has gained none respect, where I read – and thats many places. Its only about oil and gasprices goes up or down and stanility is the best.

Trump makes instability. But is it worse then Hillary making her wishes come true.

Naived like You even think this is a miltary matter. If USA really attacked, they would take out electricity, roads and trains.

And the winner of 17 million dolars is…

Iran’s punishment for being right?

I am not like that. This has been going on since USSR got weapens in by USA and UK under WW2 and changing to Palevi made it even worse.

The same goes for the much longer being rivals mainly kind of Sunni versus Shiits.

By that I allow me to take wharever happens a incidents only.

Iran being right or wrong. The answer is Yes and No.

Sanctions are an act of war.

Iran credited a 3 Khordad, one of several new indigenous surface-to-air missile (SAM) systems, with the shootdown

The shooting down of a US Navy RQ-4A Global Hawk unmanned aerial
vehicle on 20 June appears to have confirmed that Iran has developed
highly capable surface-to-air missile (SAM) systems in recent years.

The Islamic Revolution Guards Corps (IRGC) announced the incident,
saying the Global Hawk was shot down near Kuh Mubarak on Iran’s Gulf of
Oman coast after it entered Iranian territory without identifying
itself. It released a video purportedly showing the engagement, with a 3
Khordad self-propelled SAM system launching a missile at night. 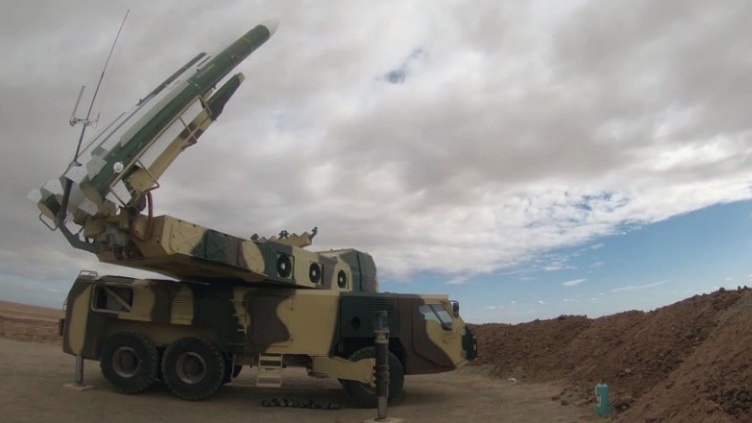 The americans knocked outt all these toys by caberattack. Check the news. iran is weak and is not in the same category with usa.

Without a micrope Iran is a dwarf compared to many military forces.

Its saud Disneyland has ordered some of their new airplanes. Walt æiked them and are happy in his freezer.

So ? Some might prefare raining grenades and fx diplomacy..

hahhaha I have not stopped laughing for 3 days now at the sheer stupidity of Americunt arseholes, a well written op-ed in NYT by Maureen Dowd sums up the real situation:

That was very smart, Mr President, not to tangle with the Persians, who have been engaged in geopolitics since 550 BC, until you have a better sense of exactly what is going on here. Listen to your isolationist
instincts and your base, not to batty Bolton.

Trump told Todd that he thought the Iranians shot down a $US130 million drone to get his attention because they wanted to talk. (Like when a little kid flicks a paper airplane at your head, but more expensive.) A rare case of Trump’s bloated ego working to our advantage.

Persians are cats and carpets.

The USA started large scale cyberattack against Iran. Most of capabiklities of IRGC is completely blocked. Just now Iran is not able to use air defense sytems.

Wheres is your evidence IRCG capabilities have been blocked lol

I think this guy ( Vaderfater ) believes it was just a lucky shot than downed the drone. You know just pointing into the sky and hoping for the best. Alternatively he just might be a fool.

I think this guy ( Vaderfater ) believes it was just a lucky shot than downed the drone.

Fine with me. Their religios policve has just closed 547 restaurants s and coffee shopd for sending socalled illegal material.

As long as people they can elect something like that being possible, morsecodes are enough.

Iran also have world record in executions. How comes, when every things is so fine.

I have heard about him even before he was elected. He and they has not changed much.

He is more elected then most other presidents and no dictator as well.

Who is in charge of USA.

Dont You have Internet. Who is in charge of You

There’s saying in Croatia: “The one who’s is digging a hole for somebody else fells in the hole.”
https://www.strategic-culture.org/news/2019/06/20/iran-goes-for-maximum-counter-pressure/