A Politico’s reporter was fired due to her comment on CNN fake news about an office assignment of daughter of President-elect Donald Trump, Ivanka Trump. 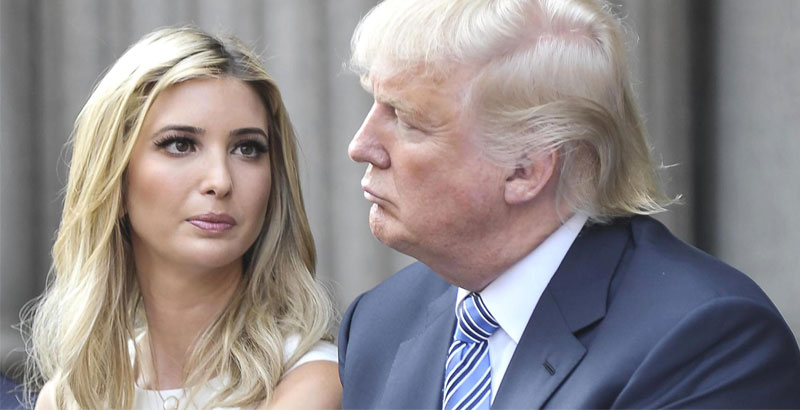 A CNN report, according to which daughter of President-elect Donald Trump, Ivanka Trump, would get an office, which is currently used by outgoing First Lady Michelle Obama, was quickly denied by a statement from Trump’s office.

However, the denial was made after a Politico reporter shared the CNN’s rumor via Twitter and was quickly fired for her crude comments.

Initially, the rumor was started with a Tweet of CNN’s Executive Producer Lisa Mirando, who suggested that Trump’s daughter was awarded some sort of “title.”

But later, the Hill political website posted an article, according to which the claim was denied by the Trump transition team. “This is false. No decisions regarding Ivanka’s involvement have been made,” Hope Hicks, Trump’s spokeswoman, said on Wednesday.

However, the Mirando’s rumor was denied by the transition office too late to save Julia Ioffe, a Politico’s reporter, from being fired over her Tweet, according to which the office assignment meant that Donald Trump was “f**king his daughter.”

“Either Trump is f**king his daughter or he’s shirking nepotism laws. Which is worse?” Ioffe wrote on her Twitter account on December 14.

The Daily Caller news portal picked up the Tweet that forced editors of Politico to announce that Ioffe was quickly fired, as her comments were a violation of the news site’s standards.

However, Ioffe was already transitioning out of Politico, as she was hired as a foreign policy and US politics reporter by the Atlantic information portal. She will start her new job in January, but is going to continue to work for Politico until that time.

The Atlantic has not given any comment about the incident.

Zerohedge reports that the Trump admin is freezing The Atlantic out of all access to the admin because of it. I say good for that.

Sounds to me that Julia Ioffe probably used to fk her father too if she thinks it is normal to say this kind of stuff about other people in public.

So Ioffe was fired but not fired. It’s good she was punished.

Trump stays angry for a long time. and i don’t think he will forget this so easily.

Another vile degenerate. There seems to be a lot of them. The democons must have a lot of bad stuff they want to hide.

These neo-cons and presstitutes with same attitudes have so little time to reevaluate their future. I think many are still in denial and refuse to believe that a Trump administration will happen. As inauguration day draws nearer things are going to get more interesting as these people have to choose between their lucrative careers and their ideology.