Despite the fact that US President-elect Donald Trump has repeatedly criticized financiers of Wall Street, now he designates them to posts of US Ministers. 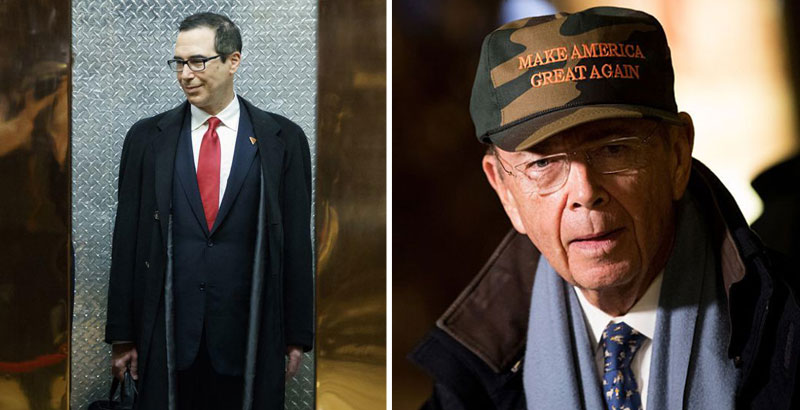 US President-elect Donald Trump has repeatedly criticized financiers of Wall Street in his campaign speeches. He said that bankers led the country to serious problems, and promised to punish them. However, now, Trump designates former top managers of the largest US banks, ‘wolves of Wall Street’, who were unmasked by him before the election, to posts of the Treasury secretary and the Secretary of commerce. 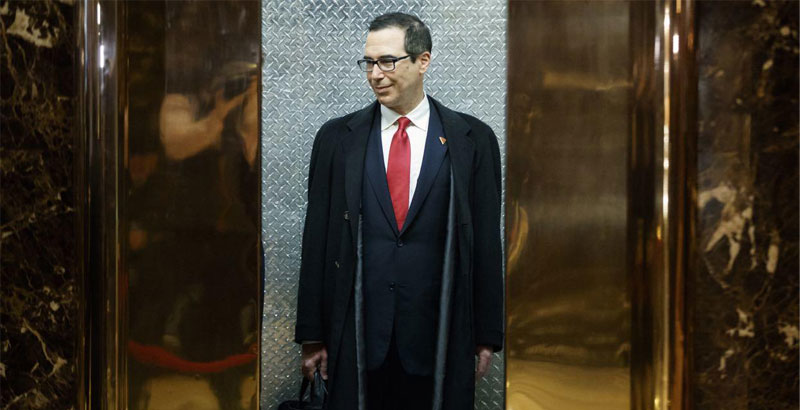 Steven Mnuchin is a well-known 53-year-old investor and former top manager of the Goldman Sachs bank, who was repeatedly attacked by Trump during his election campaign. Like his father, Mnuchin graduated from Yale University and got a job at Goldman Sachs, where he spent more than 20 years. After leaving the bank, Mnuchin worked in several hedge funds, and then founded his own fund, using money of famous financier and one of the major opponents of Trump, George Soros, who is sincerely hated by many supporters of the president-elect.

In addition to Wall Street, Mnuchin is closely linked to the movie business. He was one of the producers of ‘Mad Max’, ‘Gravity’ (in which George Clooney, a Mnuchina friend, played), ‘Suicide Squad’ and many other financially successful movies.

Mnuchin has never held any political office, but regularly donated his money to politicians. More than half of the donations were sent to the Democrats, including Barack Obama, John Kerry, Albert Gore and Hillary Clinton. Another part of the donations was sent to the Republicans and representatives of other political movements. The only presidential candidate from the Republican Party, who received money from Mnuchin before this election campaign, is Mitt Romney, who ran for the presidency in 2012 and lost to Barack Obama. In May of this year, Mnuchin entered the headquarters of Donald Trump and became responsible for collection of donations. He succeeded in doing so, as once, during only one month, he managed to raise as much money as Hillary Clinton did, who was always ahead of Trump on fundraising.

It is not known anything about political and economic views of Mnuchin. The future Treasury secretary evasively replied on all journalists’ questions on economic matters. Earlier, Mnuchin said that he refers with interest to an opportunity to work in the government, and replied to a question about why he decided to support Trump: “No one will ask a question: ‘Why did he do it?’, if I enter the administration.” 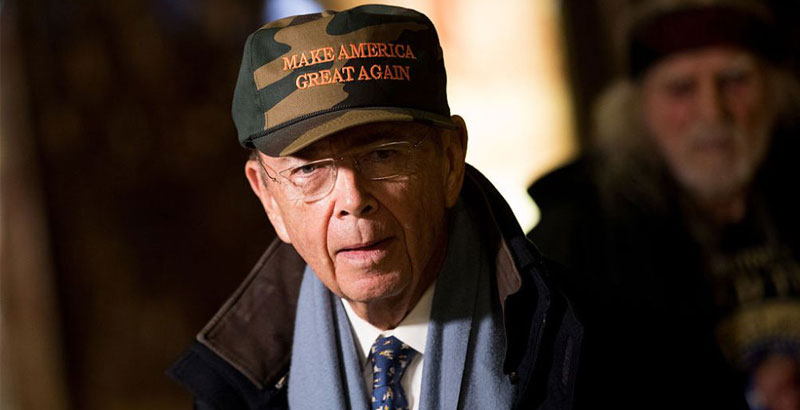 Wilbur Ross is a 79-year-old billionaire ($2.9 billion according to Forbes), who raised his money by buying up and restructuring of bankrupt companies. Ross was so much successful in this business that he was called ‘the king of bankruptcy’. During 25 years, Ross was working in the New York Rothschild bank. In the early 1990s he helped Donald Trump to save a casino in Atlantic City – it was in the days, when the billionaire was on the verge of ruin.

Since the beginning of the 2000s, Ross has been directing his own investment fund. According to The Wall Street Journal, his methods of salvation of collapsing enterprises include relocation of a part of production abroad, while Trump actively argues against such measures. He also often sold rescued companies to foreign investors. Ross is known as a strict and skillful negotiator, who never gives in to emotions. In the 1990s, he worked in the US-Russia Investment Fund (TUSRIF), which was created by the administration of Bill Clinton. The main purposes of the fund, which was closed in 2008, were investments in Russian companies in the framework of activity of the US Agency for International Development (USAID).

In the past, Ross supported the Democrats, but, during this election, he became a faithful supporter of Trump and his economic adviser; he even lives next door to an estate of the billionaire in Florida. He stands for preservation of jobs in the US and claims that buying bankrupt enterprises and turning them into profitable assets for sale, he did not allow workers to be left without means of existence.

While serving as a Secretary of commerce, Ross promises to achieve abolition of signing of the Trans-Pacific Partnership (TPP) – a trade agreement with Asian countries (excluding China), Australia and Canada, which was signed by the US, but was not ratified. Abolition of participation in the partnership is one of the key campaign pledges of Trump, which, unlike many others of his promises, he really intends to fulfill.

Mnuchin and Ross are not wolves of the Wall Street. These two share views with Trump how to make America great again, unlike wolves on the Wall Street who have enriched themselves making America poorer and saddling it with trillions in debt. Outsourcing of the manufacturing and IT jobs in Asia, relocated economic assets from US to China and India for better profits, unemploying millions from good paying jobs and reducing the tax base of the government, whereby future budgets could be balanced by deficit borrowing. The government had to support these unemployed workers for the long term, and contend with idiotic wars in the Middle East that that added trillions to the government deficit, government paying interest on this huge amount to foreigners and US banks.

Nobody who works for Soros, Goldman Sachs and even the fucking Rothschilds can be up to any good. Trump spent an entire year calling these people out only to backstab his voters by hiring them later.

I think that’s what hypocrisy is called. We have yet to see what the result of this will be, but this is a MASSIVE red flag.

When you work in the financial industry, you rub elbows with unsavory characters, it does not mean you are like them, or you espouse their principles. All Jews are not the same, there is a full spectrum of where they stand, and not all Jews are zionists. Better have a cabinet with people that have accomplished something real, instead of some nodding donkeys. Trump is a smart egomaniac who knows how to put together a team he can work with. The zionists have made their bed with Hillary, they are out of luck and trying to find ways to subvert Trump’s plan of action. The Jews in Israel do not seem to like the Kushner family and Ivanka, they do not like Trump as well, because he is not easy to control. Trump dealt with Jews all his adult life, he knows enough whereby he is not going to be manipulated by lone wolf in disguise zionists in his administration.

Americans wanted to believe…wanted to trust, ….Trump. With Hitlery and the Lying media of Obama,….Americans became religious zeal That the Donald was going to Lock Her Up,…and Drain the Swamp. Red Flags for sure with these appointments. It will be 4 years of Apologists explaining how The Donald could not stop this or that.